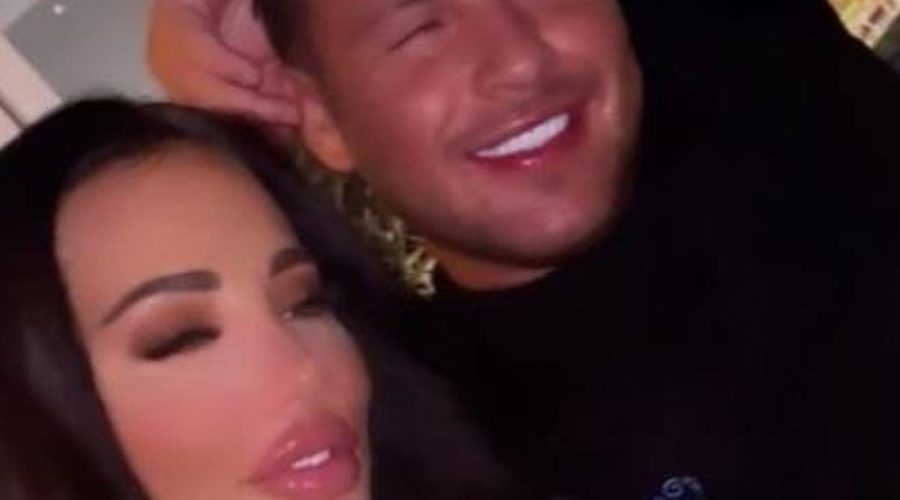 The Only Way Is Essex star Yazmin Oukhellou has recently confirmed her romance with Jake McLean, after teasing their relationship for several months.

Yazmin, 27, shared a series of clips to her Instagram Stories which showed she and Jake, who was previously in a relationship with Lauren Goodger, sharing a kiss during a night out.

The footage was quickly deleted however and she later posted a snap of the pair to Instagram with Jake's face covered, in an attempt to continue to keep her new beau's identity under wraps.

The TOWIE star, who previously dated James Lock, captioned the snap: "We've been through more than most. Had our ups & downs but I wouldn't have us any other way," as fans quickly recognised her new man to be Jake.

Who is Jake McLean?

Jake McLean is a 33 years old, and became known as Lauren Goodger's boyfriend when the pair began dating in 2012.

His profession is currently unknown, but it is believed he is residing in Dubai with Yazmin, who relocated from Essex earlier this year to pursue a career as an estate agent.

Jake and Lauren were in a relationship from 2012 until 2016, with it eventually coming to end after four years of being continuously on and off.

Jake was previously linked to Hollyoaks star Chelsee Healey, but their romance ended shortly after it began.

He is believed to have first been involved romantically with Yazmin in 2019, after she split from long-term boyfriend and co-star James Lock.

However the romance was short-lived, and Yazmin soon rekindled her relationship with Lockie just weeks later.

They then officially split months later, and newly-single Yazmin soon got back in touch with Jake. She has continued to share cryptic clues that she has a new man, including footage of her on dates, but has been careful to keep his identity a secret.

It was then revealed in May 2020 that the TOWIE star was dating Jake, with a source telling The Sun: "Yazmin and Jake rekindled their relationship when they were both single again. They got on really well a few years back, but obviously things didn't work out, and they both moved on.

"When Yazmin split with James, Jake got back in touch, and they started talking again. From the outside, it's clear Yazmin and Jake are both smitten, but they are taking it slowly," it was added.

Yazmin and Jake ultimately confirmed their romance in an Instagram video posted to Yazmin's story recently, where they could be seen looking loved-up.

Yazmin said to her fans: "So finally, I've announced my boyfriend on Instagram. I've been keeping it a secret for how long?"

Jake then replied: "It's only been a year!"

Yazmin has since updated her Instagram bio to read "TAKEN" following the recent video, as Jake cheekily teased they had a baby on the way.

He hinted that they were expecting, saying: "Are you going to announce the pregnancy as well? May as well", prompting Yazmin to gasp and cover her mouth.

For all the latest celebrity gossip, sign up to our daily newsletter here .

21/12/2021 Lifestyle Comments Off on Who is Lauren Goodgers ex Jake McLean? All you need to know amid romance with Yazmin Oukhellou
Lifestyle