Who Wants To Be A Millionaire? winner Donald Fear reveals he’s been swamped with ‘begging’ messages from ‘old friends he lost touch with years ago’

A man who scooped the Who Wants To Be A Millionaire? jackpot has revealed that he’s been swamped with messages from ‘old friends’ asking for money.

Donald Fear, 57, from Telford, who became the quiz show’s first winner in 14 years in September, went the full distance in just 20 minutes back in September, answering almost every question without the slightest hesitation.

The Sun has reported that the history teacher, who still had three of his lifelines left at the last hurdle, wrote on Facebook: ‘Found a really weird begging letter (20,000 euros) from France in my pigeon-hole this morning (in addition to the 20 or 30 I’ve received via DMs on here). There are downsides to this win!’

‘Now I’ve discovered that there is a ‘spam’ folder in Messenger,’ he later added. ‘It contains 132 messages, including ones from old friends I’d lost touch with years ago. 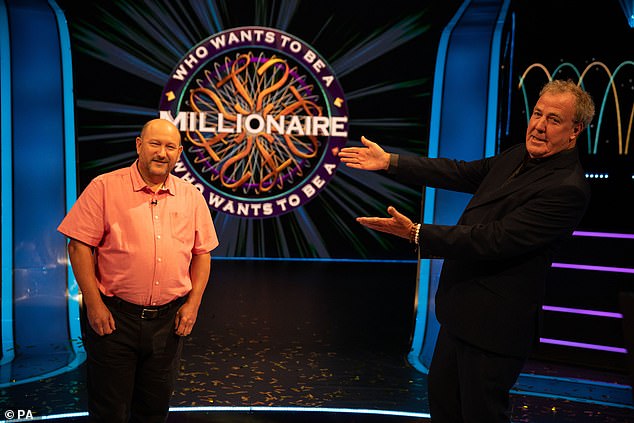 Donald Fear (pictured, with host Jeremy Clarkson), 57, from Telford, who scooped the Jackpot last September, has revealed that he’s been swamped with messages from ‘old friends’ asking for money 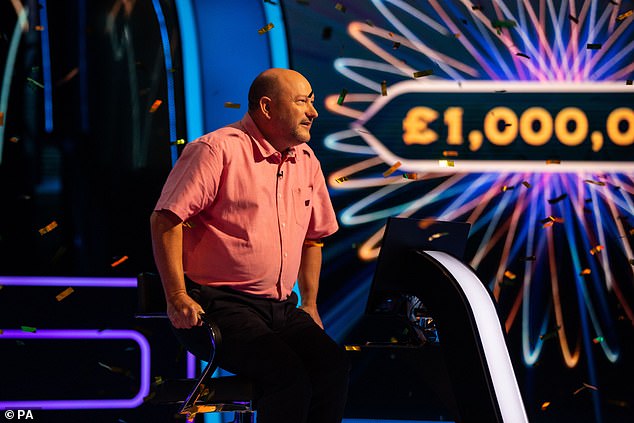 The History and Politics teacher at Haberdashers’ Adams Grammar school, was the first contestant in 14 years to win the £1 million top prize, becoming the sixth champion in the show’s 22-year history

Donald’s win came a year after his brother Davyth, 60, took home the second biggest prize – £500,000 – the same time the previous year on the show.

The contestant even admitted he was able to answer the £1million question – ‘In 1718, which pirate died in battle off the coast of what is now North Carolina?’ – before he’d seen it properly.

It was at this point in the show – the final question – on September 1 last year that his retired geography teacher brother stumbled and chose to walk off with his half million. 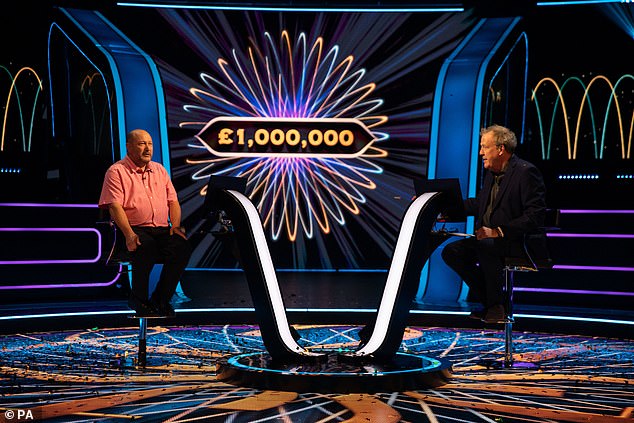 Donald, pictured with host Jeremy Clarkson, went the full distance in just 20 minutes back in September, answering almost every question without the slightest hesitation

But as a history buff, Donald knew the answer to his question instantly.

‘The first thing I spotted was that there was a date in there… then a microsecond later I saw that it was 1718,’ he said. ‘Then synapses went, ‘That’s got to be Blackbeard’. That was the only thing it could be. I’m a dates man.’

The day after his win in the recorded show, Donald handed in his notice as head of history at Haberdashers’ Adams grammar school in Shropshire, which the former Labour leader attended.

He will see out the school term, then begin his retirement two years earlier than planned.

Describing himself as ‘a bit of a democratic socialist’, Donald said he planned give at least 70 per cent of his winnings to members of his family and spend the rest on a ‘comfortable retirement’.

Speaking to The Mirror, Donald explained: ‘To be honest if I had a million pounds, I wouldn’t have a clue how to spend it. I could buy an Aston Martin for instance, but I could get into the thing, but I could never get out of it. I’m fat!

‘The only other thing you could possibly spend that sum of money on would be moving house but I am very happy with our house.

‘It is in a lovely area and we have been there 27 years and we have lovely neighbours, so why move somewhere else? So I would rather keep the money and give it away to people I love.

‘A motor home is the only purchase on the horizon. Things may occur to me and I can waste money for Britain but on small, trivial things.’

05/10/2020 Lifestyle Comments Off on Who Wants To Be A Millionaire?: Winner bombarded with messages
Lifestyle