Former Chick-fil-A CMO Steve Robinson on the controversies over the company’s religious views, the growing popularity of meatless meats and the growth in deliveries.

Under the religiously conservative founder, fast-food behemoth Chick-fil-A gained prominence for its Bible Belt observance of Sunday. This means when the clock strikes 10 p.m. on Saturday [give or take] the quick service restaurant closes its doors.

Come Monday, more than 2,500 restaurants across the nation and in Canada will reopen for its six-day workweek.

The tradition was established by S. Truett Cathy in 1946 when he opened his first restaurant in Hapeville, Georgia. In May of 1946, Cathy and his brother, Ben Cathy, opened the Dwarf Grill which was later renamed the Dwarf House. The restaurant encompassed a mere four tables and 10 stools at the counter, according to the company's website.

The demands of trying to operate a 24-hour business with alternating 12-hour shifts at the grill took a toll on the brothers. With a growing clientele of workers from the Ford assembly plant across the street and the nearby Atlanta airport, the Cathy's welcomed the day off on Sunday, Chick-fil-A's website explains. 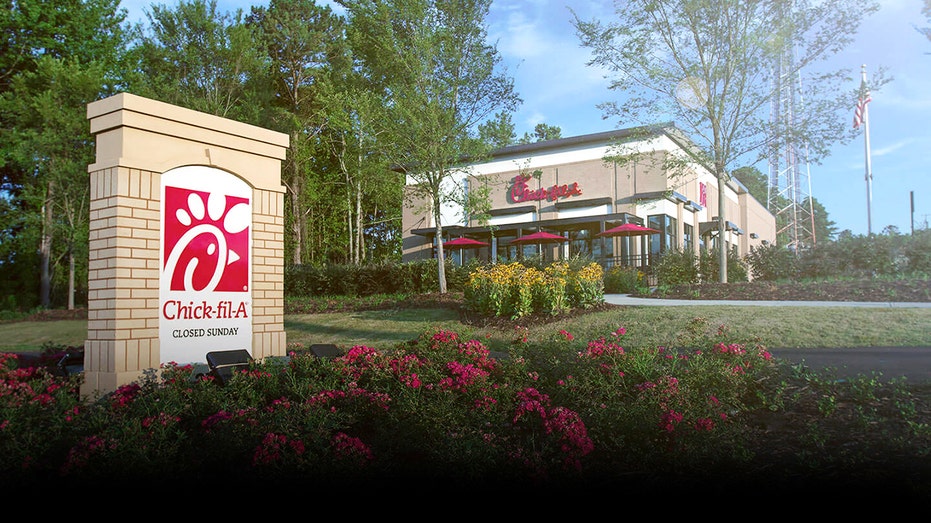 It didn't take long for Cathy to realize the importance of being closed on Sunday. The day off was implemented to give employees a chance to rest, spend time with family and friends or set aside one day to worship if they so choose, the website explains.

WANT TO BECOME A CHICK-FIL-A OPERATOR? HERE'S HOW MUCH IT COSTS

It is a practice the family-owned company, with a history spanning over 70 years, still upholds today.

However, as the company began to expand, Cathy faced pressure to open on Sunday in an effort to effectively compete with fellow fast-food rivals who are open seven days a week, some even 24 hours. However, Cathy refused to do so.

And while closing one day a week may seem like an ineffective business model, executives of the company have often said the chain made as much money in six days as its competitors do in seven.

Over the years, the company’s religious views helped win Cathy and his family a loyal following from conservative customers, however, it also invited protests when Cathy’s son defended the company’s donations to groups campaigning against gay marriage.

Cathy’s son, Dan, who presides as the chairman and president of the chain, had told the Baptist Press in 2012 that the company was “guilty as charged” for backing “the biblical definition of a family.”

5 THINGS TO KNOW ABOUT CHICK-FIL-A, THE CHICKEN SANDWICH CHAIN

Gay rights groups and others called for boycotts and kiss-ins at Cathy’s restaurants. The Jim Henson Co. pulled its Muppet toys from kids’ meals, while politicians in Boston and Chicago told the chain it is not welcome there.

To counteract these protests and broaden its customer base, Chick-fil-A announced in the latter half of 2019 that it was ending donations to three groups that oppose gay marriage.

Related posts:
18/02/2020 Lifestyle Comments Off on Why is Chick-fil-A closed on Sundays?
Lifestyle