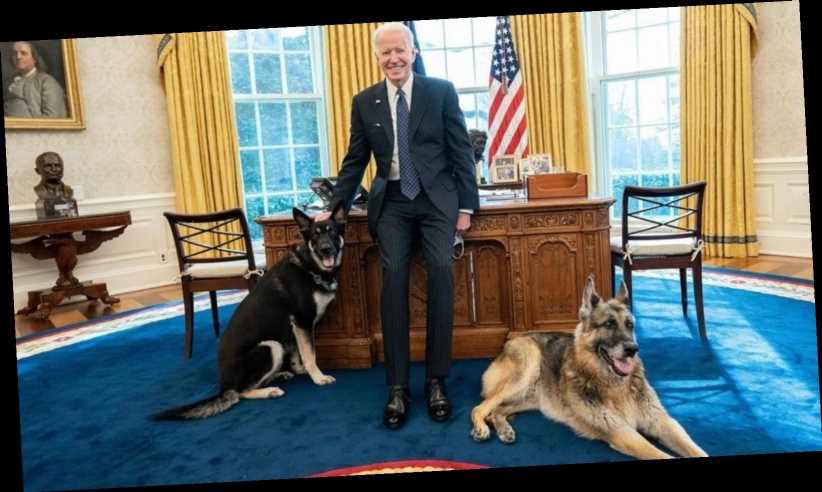 No U.S. president wants to deal with a family-related scandal, particularly early in his term. But it seems that someone in the White House has been a bad boy, and not for the first time.

President Joe Biden made it clear when he took office that his two dogs, Champ and Major, would be a welcome part of the Biden team. Pet lovers thrilled to see the two German Shepherds making appearances on the White House lawn and finding their way into the First Couple’s Instagram accounts (such as First Lady Dr. Jill Biden’s PSA about mask-wearing). The Bidens scored extra brownie points for having adopted Major, the younger of the two, rather than buying from a breeder. But while senior dog Champ is a chill fellow, Major is more excitable, and he’s getting into trouble because of it.

A few weeks ago, Major nipped someone on the White House grounds. While the person wasn’t badly injured, the incident was enough to prompt the family to send both Major and Champ to the family home in Delaware for some extra behavior training. Their trainer explained at the time that Major might need a little more experience at being around non-family members.

Apparently Major isn’t the best obedience-school student. Less than two weeks after coming home, the excitable pet was at it again.

Major got nippy again with a parks staffer

According to CNN and other sources, Major was on a walk on the White House’s South Lawn — and apparently leashed — when he nipped at a National Park Service employee. The first lady’s press secretary, Michael LaRosa, told the network that the person was uninjured, but still received medical attention on-site “out of an abundance of caution.” LaRosa added that the dog “is still adjusting to his new surroundings.”

The president, whose campaign last year included the slogan, “Let’s put dogs back in the White House,” hasn’t commented on this most recent incident. Of the first one, he said at the time that “85 percent” of people at the White House love Major, and that he’s friendly with them as well. However, he added, sometimes he does act protectively when he sees someone he doesn’t know.

This protectiveness is typical of Major’s breed. The American Kennel Club describes German Shepherds as “loyal, confident, courageous and steady,” but, they add, the breed can be aloof and “does not give affection lightly.” German Shepherds also tend to reserve their main loyalty and love for one particular human. It may be that Major’s future lawn romps will have to be restricted to times when no other staffers are nearby.