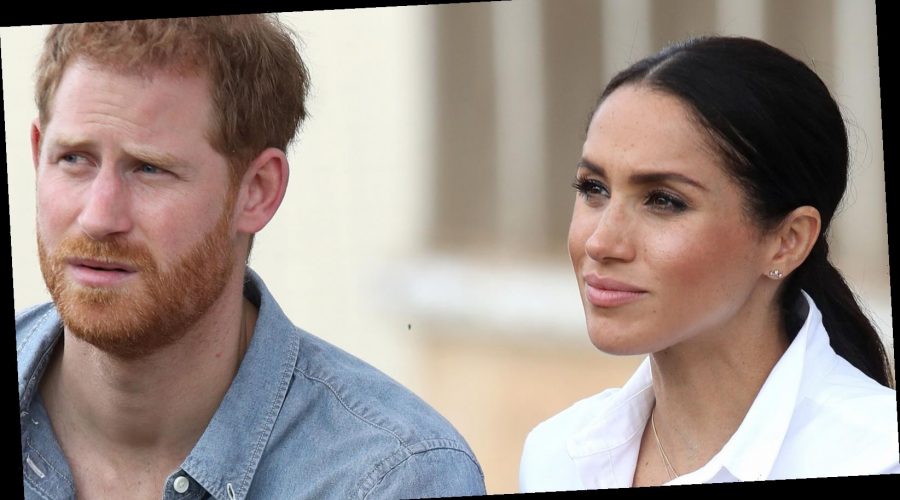 The death of Prince Philip, Duke of Edinburgh, on Friday, April 9, has left many royal spectators wondering whether or not the Duke and Duchess of Sussex will make their way back to the UK for the first time in over a year. In the midst of a global pandemic and just weeks after Prince Harry and Meghan Markle’s tell-all interview with Oprah Winfrey, a source close to the royal family has revealed that Harry will “definitely” travel home in the wake of the sad news.

Speaking to the Daily Mail, the source commented, “Harry will absolutely do his utmost to get back to the UK and be with his family. He will want nothing more than to be there for his family, and particularly his grandmother, during this awful time.” The source added that pregnant Meghan Markle “will need to take advice from her doctors” ahead of making any travel plans, before concluding, “I think Harry will definitely go.”

According to the official UK government website, anyone entering the United Kingdom is currently required to quarantine at their destination lodging or in a designated quarantine hotel for at least ten days. However, people are permitted to leave their quarantine location on the basis of compassionate grounds, which includes attending funerals.

Harry & Meghan were unable to visit Prince Philip before his death

Per the Daily Express, Prince Philip died at the age of 99 following a month-long stay in the hospital earlier this year. Several senior members of the British royal family had visited the late Duke of Edinburgh during that time. However, California-based Harry and Meghan were sadly unable to pay Philip a visit before his death. As Sky News reports, the Sussexes previously faced criticism for the timing of their bombshell CBS interview with Oprah Winfrey back in March, which aired to millions of viewers around the world as Prince Philip recovered in the hospital following a procedure for a pre-existing heart condition.

Speaking on Good Morning Britain, Meghan’s father, Thomas Markle, said the couple should’ve been more considerate with their timing (via Metro). “They went way over the top with Oprah.” He continued, “Considering the Queen’s age and Philip’s age, they certainly should have waited or tried to wait.”

09/04/2021 Lifestyle Comments Off on Will Meghan And Harry Return To The UK After Prince Philip’s Death?
Lifestyle