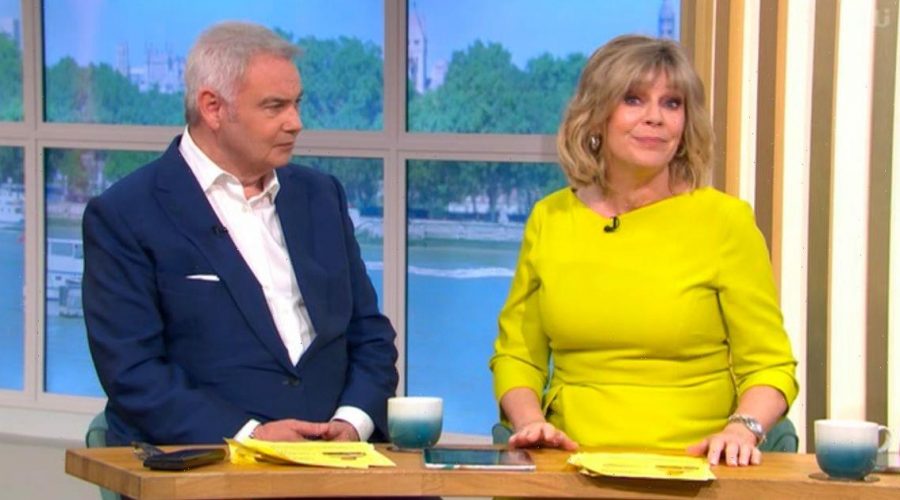 They've fronted This Morning together for 15 years, but it looks like iconic husband and wife duo Eamonn Holmes and Ruth Langsford's time on the show is set to come to an end.

It was recent revealed that Eamonn had quit the daytime show, as he looks to take on a new challenge over on rival channel GB News.

The couple, both 61, first began fronting the show in 2000, but it looks like their time as a presenting duo is coming to a close.

Eamonn's decision to quit has shocked fans, and has left many viewers wondering whether Ruth will remain on the show once her husband departs.

Reports began circulating that Ruth is 'unlikely' to stay on This Morning after Eamonn leaves, much to fans' disappointment.

Ruth first joined the iconic sofa in 2000, and began hosting alongside Phillip Schofield, with Eamonn joining later on.

The couple have presented the Friday instalment of the show for years, having only recently stopped due to bosses wanting a fresh start by introducing new hosts Alison Hammon and Dermot O'Leary.

Ruth's next move is unknown yet, but her future as a fixture on the Loose Women panel appears to not be in jeopardy.

While it is looking likely the 61 year old will step down from her This Morning presenting duties, she is expected to remain on the chat show's panel.

Eamonn's shock move comes after he praised GB News when it launched earlier this year, saying: "We need a shake-up on the news front. I have huge respect for TV news but this is a reminder news is not just Westminster or a constant woke agenda."

The presenter also revealed his fears of being axed from This Morning, having reportedly said he felt he was "too pale, stale and male" to continue as a regular host on the show.

A source told The Mirror: “Eamonn’s move to GB News marks the end of an era.

"He’ll be missed by many ITV viewers but, the truth is, this job offer probably came at just the right moment for both him and ITV. All good things come to an end.”

It is believed that he is preparing to front his own how on GB News, which will begin airing multiple times per week at the start of next year.

Rumours are circulating about which celebs could be in the pipeline to replace the presenter, with singer Rochelle Humes a firm favourite.

An ITV source recently revealed to OK! that Rochelle, 32, is top of ITV bosses' list, following a string of successful appearances on This Morning as Holly Willoughby's stand-in.

The source revealed: "Bosses love Rochelle Humes and I wouldn’t be surprised if she was the first person they spoke to about the slot. She always impresses when she stands in for Holly and has a great working relationship with the team.

"She’s exactly the sort of person they see as the future of the show."

For all the latest gossip on your favourite TV stars, sign up to our daily newsletter here .

12/11/2021 Lifestyle Comments Off on Will Ruth Langsford stay on This Morning? Everything you need to know
Lifestyle