Releasing a collision of amazing artistic talents, Circus Oz promises to blast audiences into other atmospheres when they return under the Circus Oz Big Top in the Royal Botanic Gardens to premiere their latest creation Aurora. There are three family passes (worth $360 in total; admits two adults and two children) to join the audience on Wednesday, September 18 for the feast of aerial delights to include intricate foot-juggling, breathtaking hula hoops, Chinese pole with a twist and absurd physical comedy. Send your details to [email protected] to arrive before midnight tonight for your chance to be transported to another world. 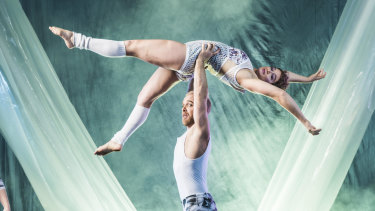 From Thursday, September 19, Palace Cinemas launches their biggest event of the year, the 20th Lavazza Italian Film Festival. A celebration of Italian cinema and filmmakers, the program features 26 of the best new films from the past year along with classic cinematic gems, special presentations, aperitivo nights and receptions. Highlights will see the Australian premiere of Ron Howard’s biopic Pavarotti, the world premiere of Promised and red carpet screenings plus contemporary selections from new Italian cinema with The Astor Theatre, Palace Balwyn, Palace Brighton Bay, Cinema Como, Kino Cinema and Palace Westgarth the screening venues. Entries received on [email protected] before midnight tonight have the chance to win one of 20 doubles (not valid for opening and closing nights). 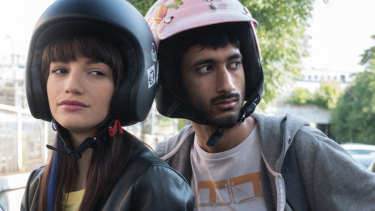 A dazzling display of more than 900,000 tulips in bloom provides the backdrop for the 66th Tesselaar Tulip Festival that continues in Monbulk Road, Silvan until October 13. We have 10 doubles to check out the diverse offerings that include live entertainment, children’s activities, tempting local and international food plus daily market stalls. Today’s Turkish festivities celebrate the origin of the tulip with folk and belly dancing, cultural displays and Turkish foods with other specialist activities to include Wonderland week, a food, wine and jazz weekend and Children’s Weeks. Details received on [email protected] before midnight tonight will enter the draw with all winners also receiving a bunch of tulips (tulipfestival.com.au). 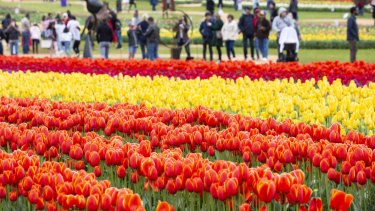 Related posts:
07/09/2019 Lifestyle Comments Off on Win tickets to the circus, Italian films and tulips
Lifestyle