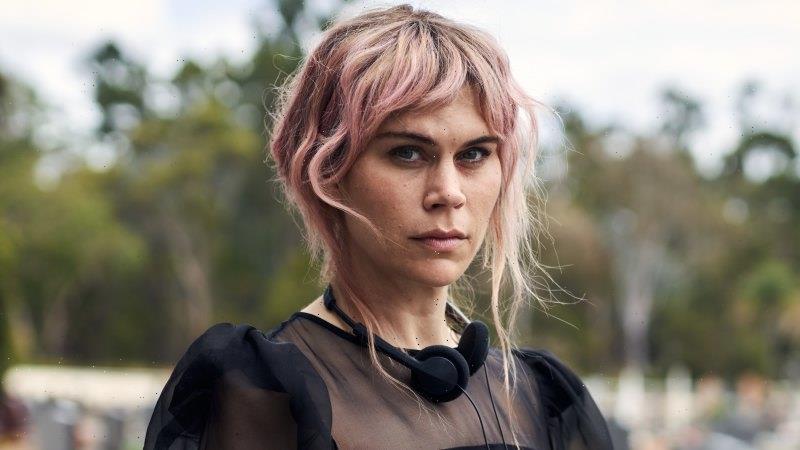 When Anna Lindner’s mother received a cancer diagnosis 48 hours before Lindner’s father died from cancer, Lindner’s life went into a tailspin. The Hunting and Wolf Creek actor, who had returned to the Barossa Valley from the US to care for her father, felt “ready to check out too”.

Immersed in the loss of her father and stricken with fear that she would lose her mother (who is still alive), Lindner began taking notes – of her feelings, of little details, and of “the absolutely random, hilarious shit that was happening amongst it all”. The result, three years later, is the morbidly funny, uncomfortably raw film, A Beginner’s Guide to Grief. 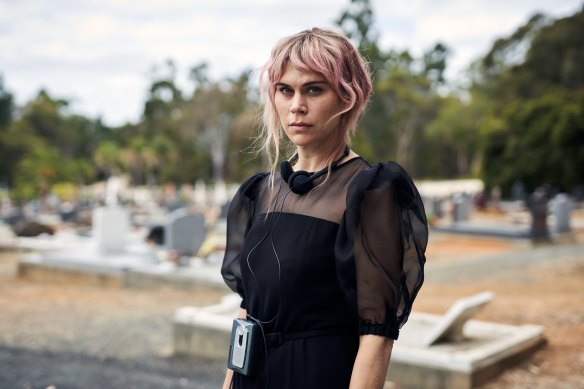 Writer and actor Anna Lindner in her debut show A Beginner’s Guide to Grief.Credit:SBS

“I wanted to show how you can be in the darkest of moments, and something happens that is so absurd that you have to laugh,” Lindner says. “The humour carries us through. It’s like slipping on your floaties. It’s not going to save your life, but it’s going to keep you mostly above water in very rocky water. You’re still going to take a few gulps but you’re going to come up for air and have a moment of light before you get dumped again.”

The film, an SBS Digital Original that can also be viewed as a six-part series, mirrors real events. Lindner plays Harriet “Harry” Wylde, who relinquishes a New York arts scholarship to care for her parents in a regional South Australian town steeped in Lutheran revivalism. Bereaved, she discovers a cassette tape left by her parents, on which an “expert” (British actor Brett Goldstein, Ted Lasso), explains the stages of grief in chapters with titles such as, “Not Unlike a Urinary Tract Infection,” “A Pencil in Each Nostril,” and, “Hot Emotional Dog Turd”.

“When you’re grieving, people will say things that will make you want to punch them in the face,” says Lindner. “They meant it with love and it still makes you want to behave that way. I want people to know that it’s OK if, in your head, you’re setting everyone on fire. I want us to let go of the shame and the guilt around all of the feelings we have through the grief process.”

In the film, Harry finds solace in a pyromaniacal former foster child of her parents called Daisy “Fireball” Jin (Cassandra Sorrell, Bump), the pair wreaking mischief in the community of conservative oddballs. The character is inspired by the children fostered by her uncle and aunt, in a street entirely populated by her religious relatives.

“It makes me tear up to this day because they had a really hard time. Some of these kids were experiencing horrendous home lives just around the corner. They were survivors and it didn’t end well for all of them. They had to fight the whole way through. I wanted to pay homage to those kids that had this unbreakable optimism and unique outlook on life that informed my childhood.”

Of the bittersweet moments in the film, one involving Harry’s late father illustrates the enduring nature of loss, something Lindner was determined to convey. She and her mother still call her father’s voicemail and leave messages telling him, “we’re really pissed off that he’s not around any more”. She feels her father would appreciate her unapologetic approach to the story.

“He’s probably watching on somewhere or somehow. Humour was a big thing for him. He always called himself a black sheep in his family.”

Lindner hopes A Beginner’s Guide to Grief will help change the conversation around death.

“Whether we like it or not, grief is part of all our journeys. It’s coming for us. It’s essential that we start breaking down the stigma and embracing what this journey is, because it’s just as sacred as birth. We’re so disconnected from it and so afraid of talking about it, for so many reasons. We don’t have a healthy culture in Australia around death and grief, so hopefully this can be the vessel that can help ignite that shift.”