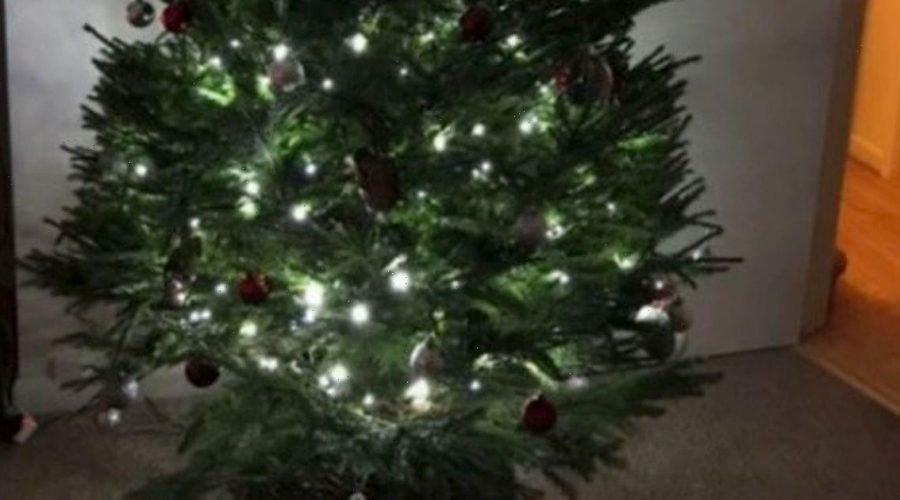 A woman was left disappointed after getting a Christmas tree in November and it ended up dropping all the needles before the festive holiday kicked in.

Courtney Jasmine said her family wanted to enjoy the "festive spirit" early and they went to their local B&Q store to shop for a real fir tree.

Despite giving all the TLCs to the plant, the dying tree didn't last long enough until December 25 and they had to throw it out when the water "turned smelly".

Courtney posted a picture of the then freshly-bought Christmas tree with baubles and lights on and wrote on TikTok: "So we bought a real tree from B&Q at the end of November… "The needles started to fall off and the water started to smell (yes we watered it)."

The fir needle situation turns out of control and it is dropping everywhere in the house when she tries to remove it.

The corridor is all covered in a layer of green fir needles and it can be traced all the way to the door.

"So today I decided to get rid of it and this was the end result. Well what a disaster this was," she added. Her viewers were in stitches after watching the video, with one asking: "Was the tree completely bald when you got it outside?"

A second commented: "Is it even Christmas without some kind of Christmas-related drama?"

Some garden experts suggested Courtney to "never" buy a tree until it's two to three weeks to Christmas.

"The minute it's cut, it starts dying, plus the heat of the house…" one said. If you like this story, make sure you sign up to one of our totally-free newsletter's here.

A second added: "Also cut an inch off the bottom and keep the water topped up."

Courtney said she swept her house to clear out as much fir needles as she could and rushed to buy a fake Christmas tree instead.

"A lot smaller than the previous one but will do for now. Fake tree all the way!" she said in another video, showing the slimmer version of an artificial tree.