If you’ve ever been bombarded with questions about your love life from your nosy-but-well-meaning family members, then the story behind one woman’s viral tweet will speak to you on a deep level.

Last Wednesday, Mary Beth Barone, a New York City comedian, tweeted photos of the informational pamphlet she made for her relatives before a family trip to Florida last year. The brochure, aptly titled, “I’m Going on a Date While We’re on Vacation: Here’s everything you don’t actually need to know but will definitely ask,” answered all of their anticipated queries, like “Who is this guy?” “Where did you meet him?” and “How far is the drive?”

Barone met the guy, who’s the brother of one of her friends, at a wedding a few weeks before her family trip. He lives in Miami so they had planned to meet up for a date while she was in town. But Barone wasn’t sure how to actually leave for said date without her relatives butting in — that’s when her sister jokingly mentioned she should make a pamphlet. Barone ran with the idea.

“I’m a little extra sometimes and being a comedian, I’m pretty upfront with my family about my personal life,” she told HuffPost. “I figured if I could catch them off-guard and pre-empt their questions, maybe inject some humor into it, I could avoid any awkward prodding. It didn’t take long to write it once I put myself in their position like, OK, Dad — My safety aside, he’s gonna ask about parking.” 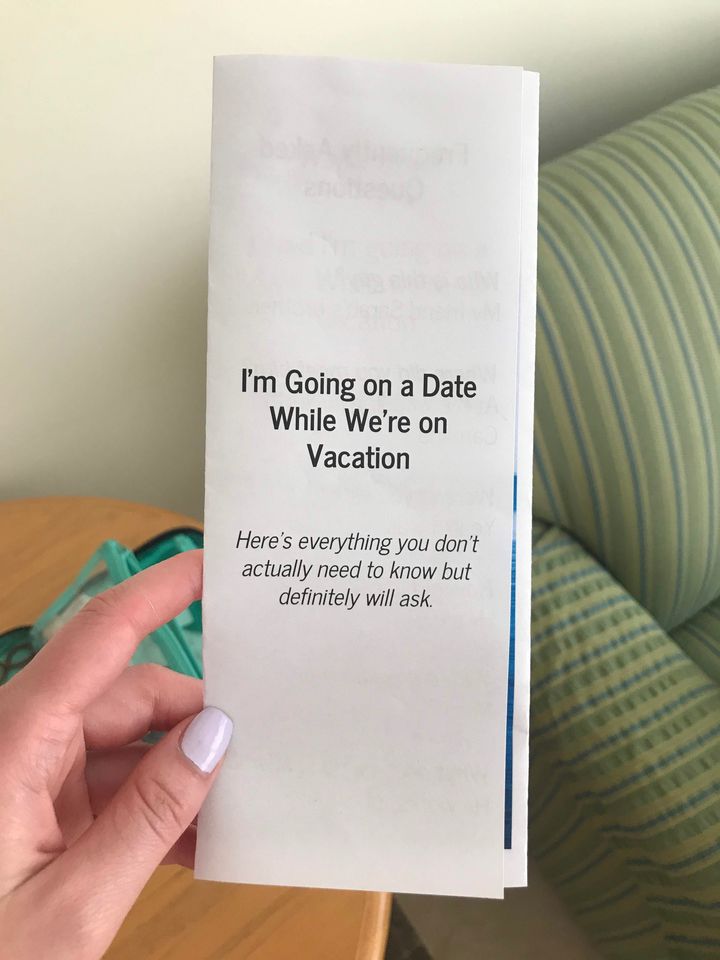 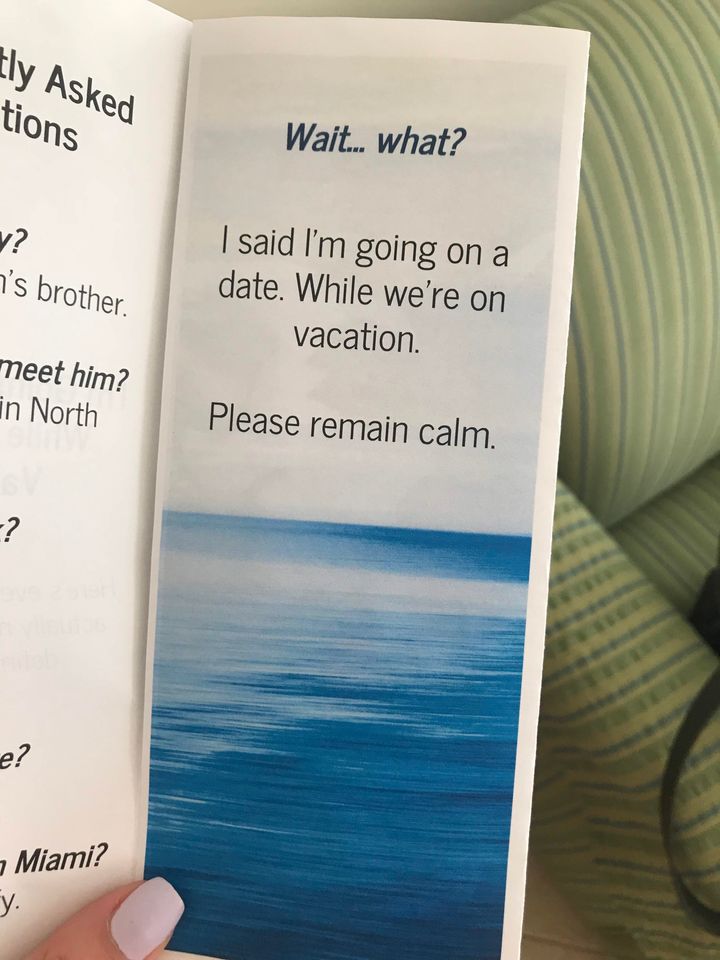 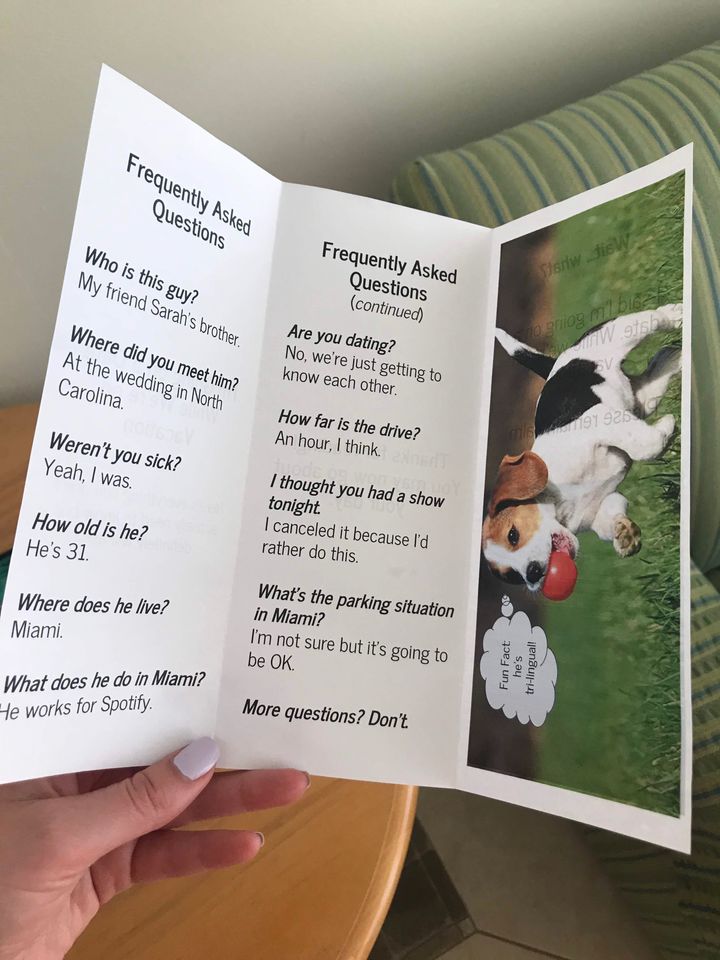 When Barone handed out the pamphlets, she said her family’s initial reaction was, “We would never ask you questions like this!”

“But then after a while they had to admit, they totally would,” she said. “And it was pretty thorough. They have a great sense of humor and we all had a good laugh about it.” 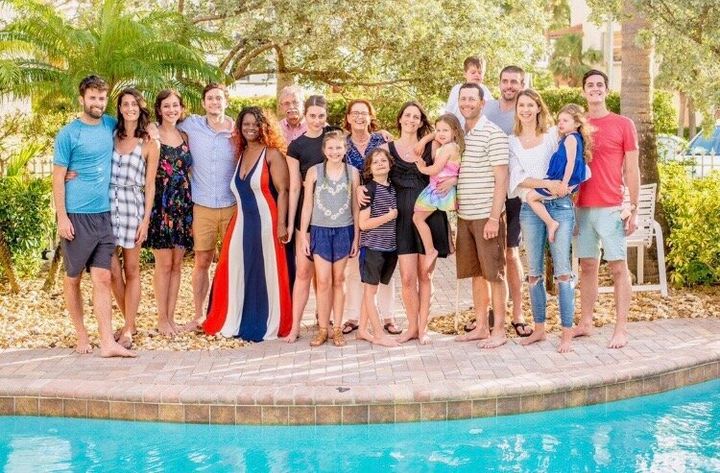 As for the date itself, Barone said it was “one of the best.” She even showed him pictures of the pamphlet, which he got a kick out of.

“He thought it was funny,” she said. “When I explained there were about 30 people at the house, he completely understood the need.”

But a few weeks after the date, he ended up ghosting her.

“Sadly, an unsurprising ending,” she said. 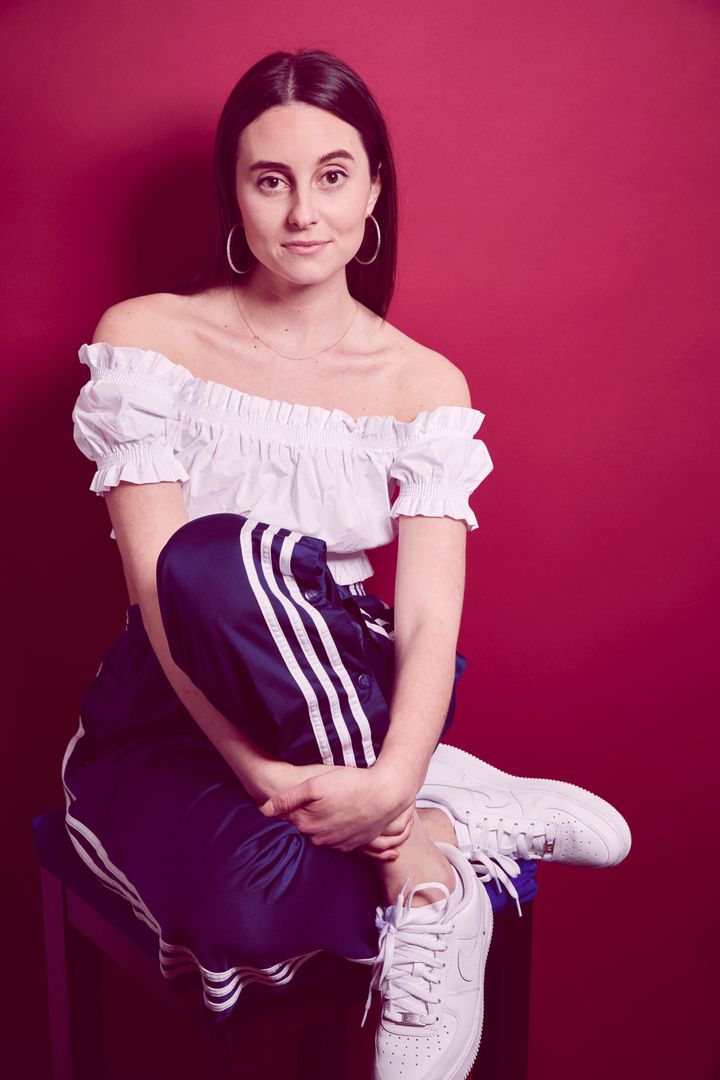 Barone said she has been “overwhelmed — in a good way” by the response to her pamphlet.

“I didn’t realize how many people all over the world deal with questions like this from their families and I can’t recommend the pamphlet strategy highly enough,” she said. “Even with the ghosting, which never feels good, I’m thankful for the experience and I’m glad I could make people laugh.” 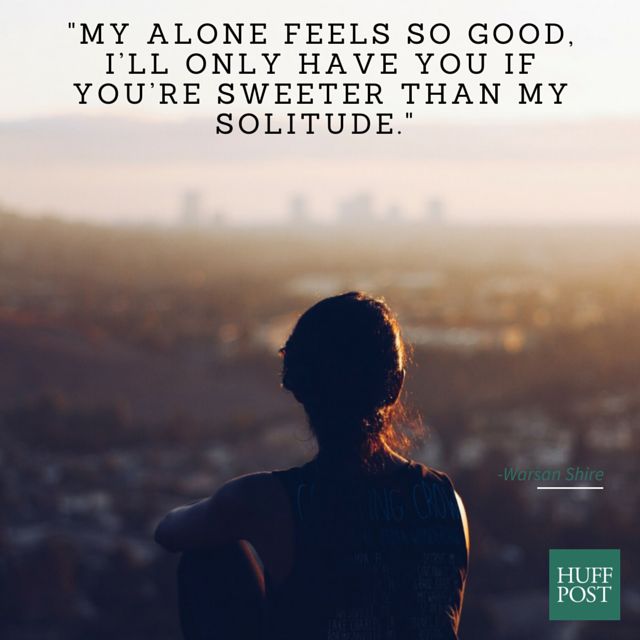