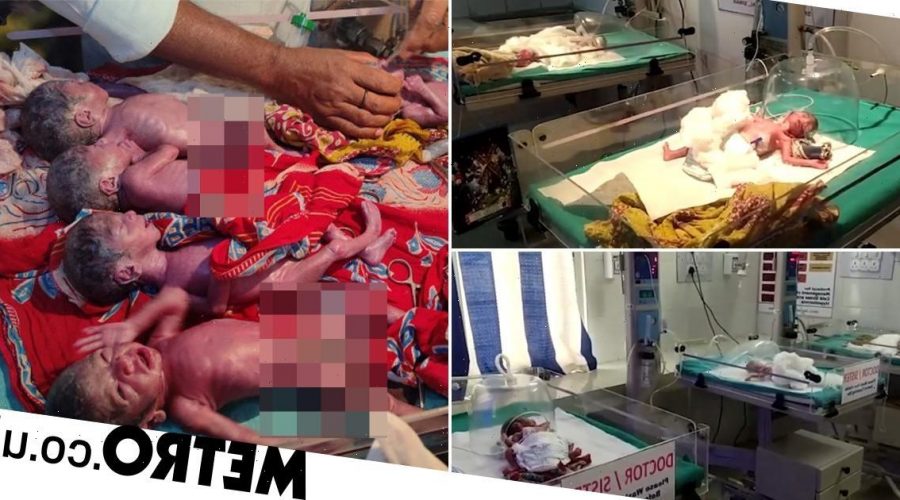 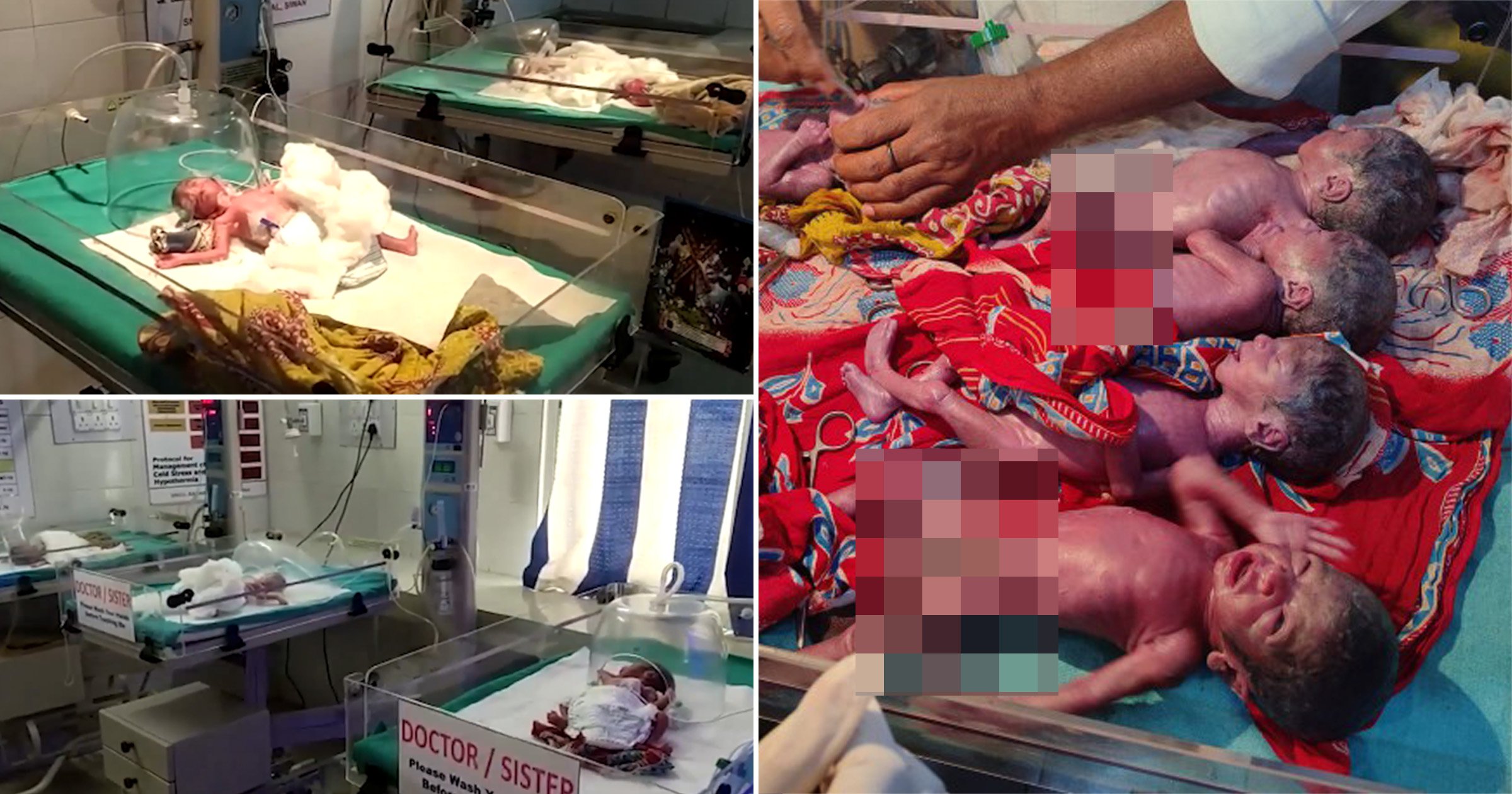 A woman who was pregnant with what she thought was just one baby boy shocked doctors by having quintuplets.

Mum Phool Jahan already had a four-year-old daughter and was hoping for a boy – but got more than she bargained for after coming home with five babies.

The video, filmed on October 28 moments after the quints were born, shows a room full of doctors shocked at the new arrivals.

The babies – three daughters and two sons – were born at Sadar Hospital in Bihar, eastern India where they were quickly transferred to the ventilators shown in the video.

Since their birth they have been under constant medical supervision since being shifted to the Intensive Care Unit.

Doctor Rita Sinha, who helped deliver the five babies, described the case as a ‘one of a kind’.

This isn’t the only case of a surprise birth. Earlier this year, a woman in Finland who didn’t even know she was pregnant was shocked to find she was in labour after thinking she had food poisoning.

Another woman was stunned to realise she was about to give birth after having contractions while she was on a girl’s night out.

But in both cases, the mums only came home with one child.

Now, Phool and her partner are having to get their heads around the reality of becoming parents to six children overnight.