A woman was shocked to find her hair had turned bright pink after using a Lush bath bomb – and she now can’t get the colour out.

Gabbie, 19, from Leeds purchased a ‘Luxury Lush Pud’ from her local shop in the city centre, and decided to add the product to her bath for a relaxing evening soak.

When she got out of the bath she realised she’d been left with rose undertones, but it was only when she blow dried her locks that she found her hair had completely turned pink.

Despite trying everything in the book, the colour refused to come out, destroying a £60 colouring job she got done just the day before. 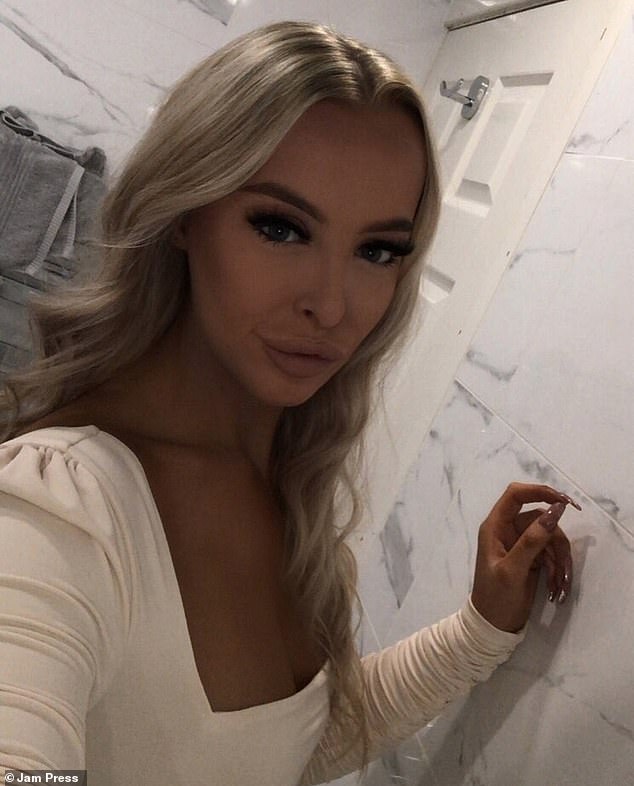 Gabbie, 19, from Leeds, found her hair had been dyed bright pink after she used a ‘Luxury Lush Pud’ bath bomb for a ‘relaxing evening soak’ (pictured, before) 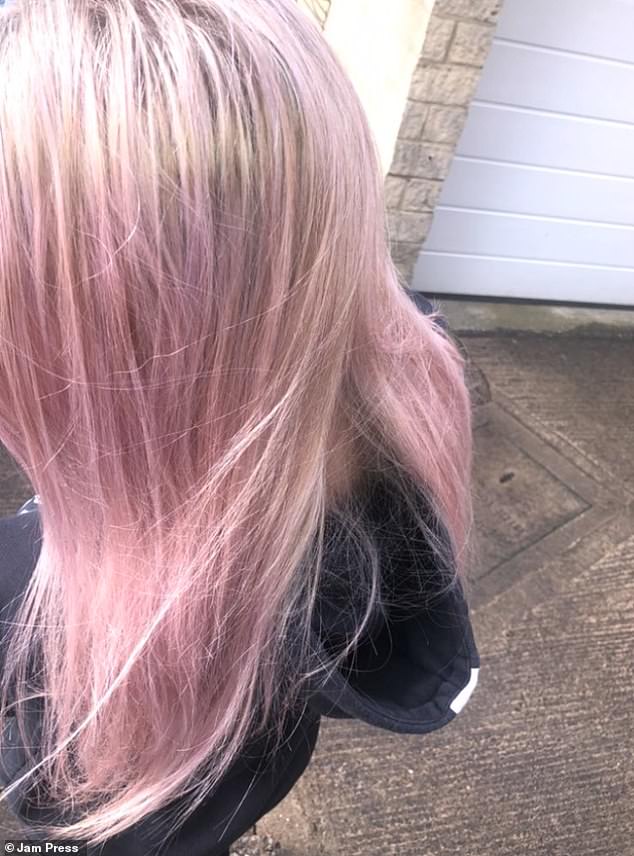 After taking a bath, she discovered her bleach blonde hair had been dyed by the bath bomb, leaving her hair with pink tones (pictured, after the incident) 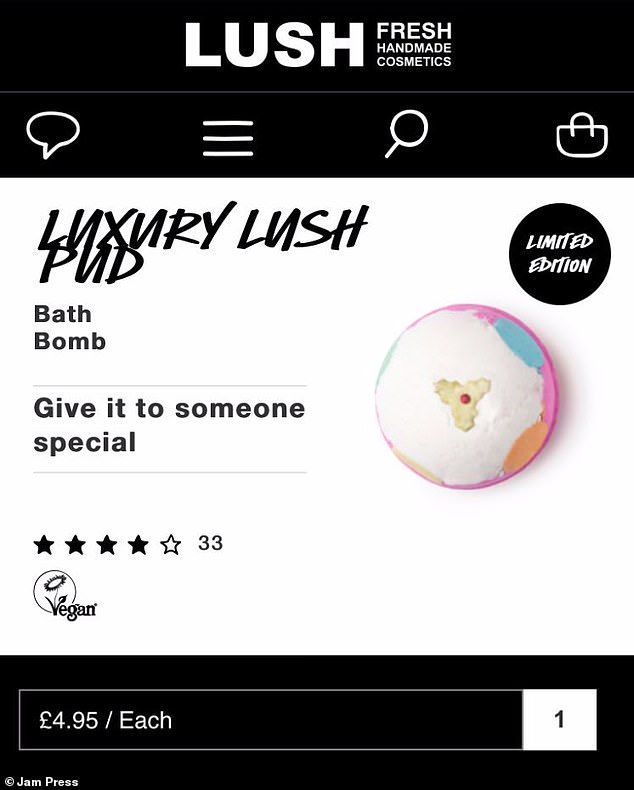 The ‘luxury’ Lush bath bomb is described online as offering a ‘playful soak’ with ‘perfectly pink spots’ and costs just £4.95

Gabbie, who owns her own online retail company, said: ‘I got out of the bath and went to dry my hair when I realised it had rose tinges.

‘I started to blow dry my hair and realised my hair was peach with pink and purple tones.’

The devastated teenager went on: ‘The colour won’t come out.

‘I’ve been told to let it fade out naturally because using Head and Shoulders and Fairy Liquid could affect my bleached hair.’ 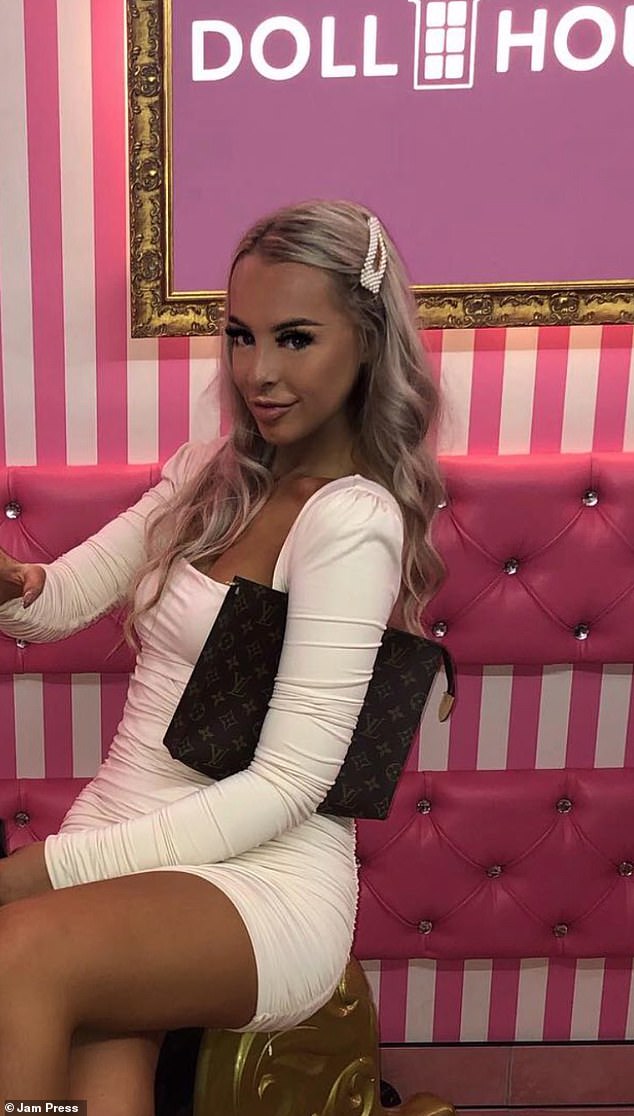 Gabbie had only recently gone to the hairdressers to have her hair done, and said the bath bomb ruined the £60 dye job (pictured before) 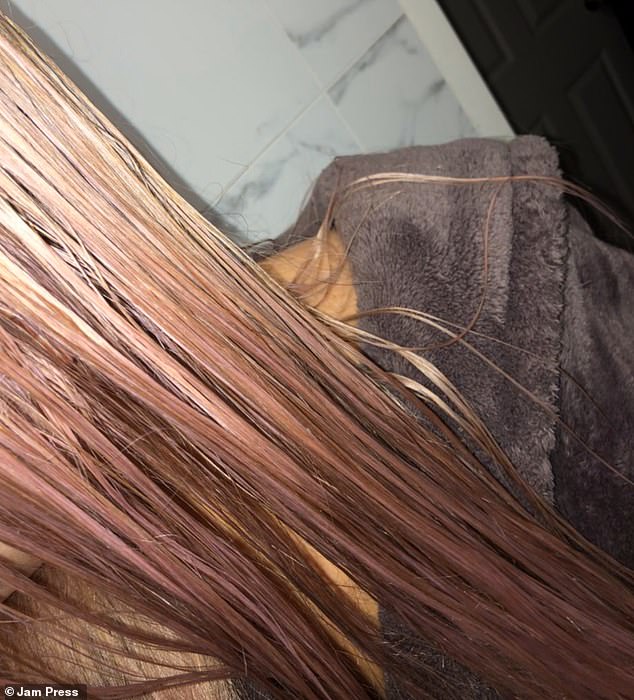 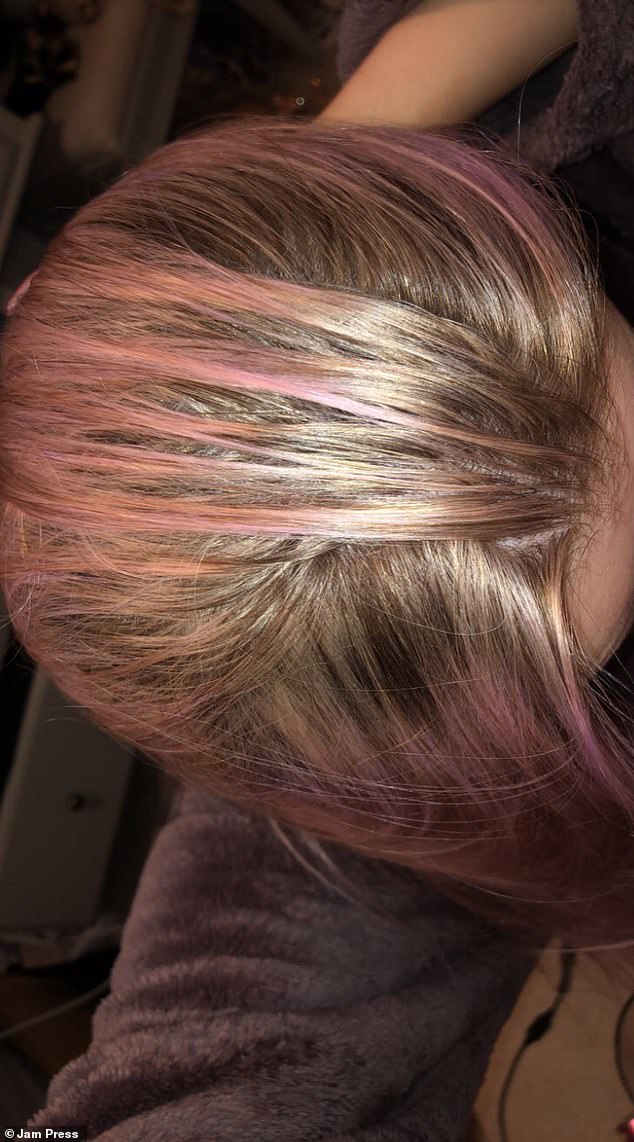 Gabbie said she was left distraught by the makeshift dye job, which left her hair streaked with pink and purple

Gabbie has since complained to Lush and claims they offered her a bottle of shampoo to help remove the colour.

She was also told by customer service that she should not to have gone in the bath while the bomb was ‘still fizzing’.

She said: ‘I’ve emailed Lush and they’ve offered me a bottle of shampoo to help get it out, though they try accuse me of getting in the bath while the bomb was still fizzing which is completely untrue.

‘They also asked for my receipts before they would help me, and I had to prove I’d purchased it.’ 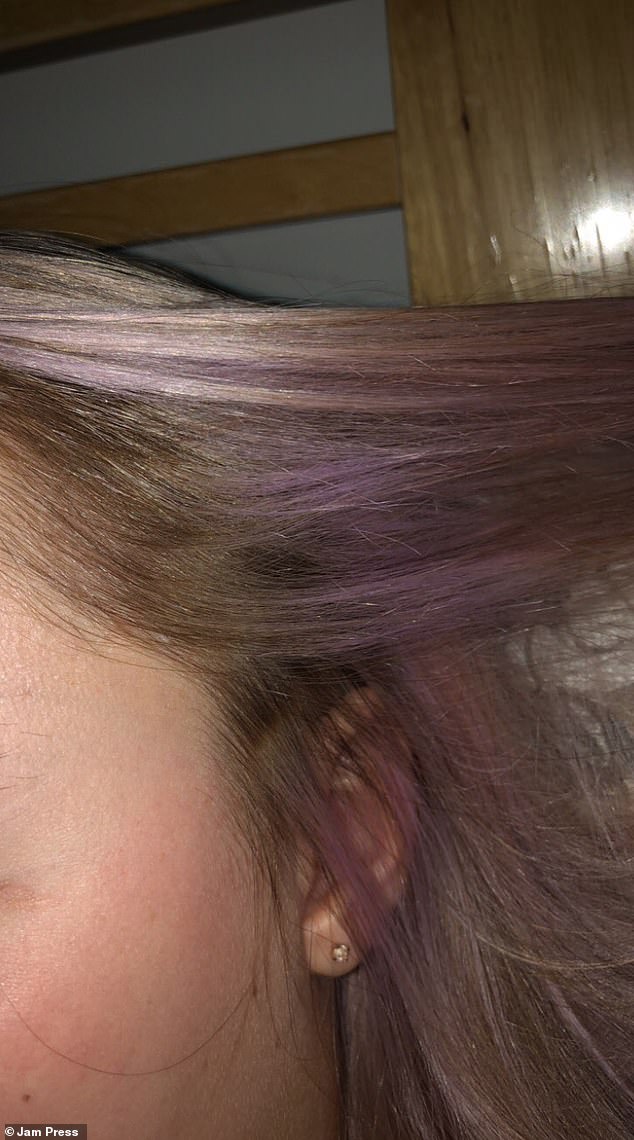 After the teenager blow-dryed her hair, she discovered the full extent of the bath bomb’s damage and said she was horrified 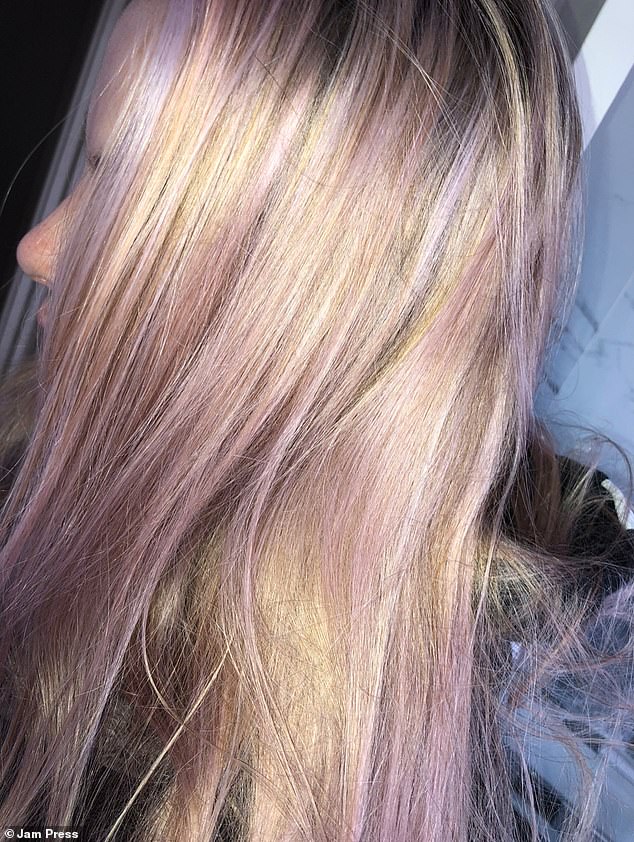 Gabbie said she’d be leaving her hair to recover naturally, as she was concerned efforts to strip the colour would damage her hair further

The bath bomb, which is from a special Christmas collection, is described online as a ‘sweet creation’.

Its description calls it a ‘perfectly pink with colourful spots’ bath bomb that could provide a playful soak with plenty of festive cheer’.