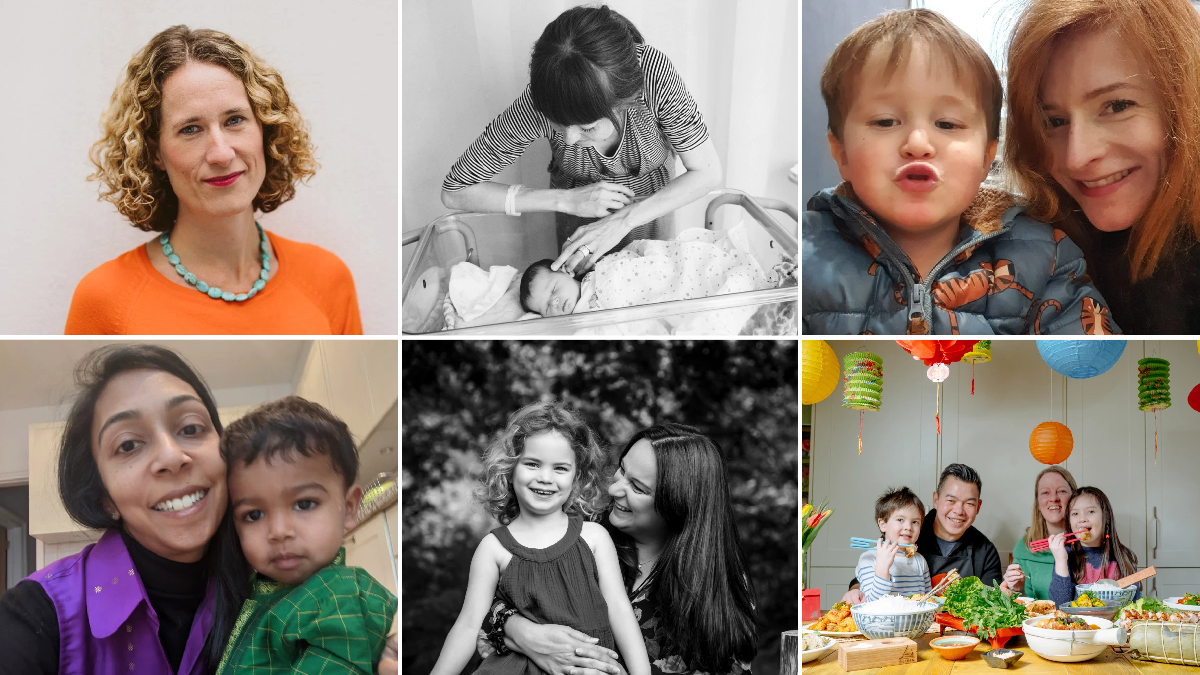 When is a woman ‘too old’ to become a mother?

According to 46% of men, women are ‘too old’ to become mums between 36 and 40, while 71% believed men having children at that age was ‘about right’, says a YouGov survey released this week.

In reality, the number of women having babies later continues to increase – nearly one birth in five is to women over the age of 35 now.

Despite it being much more common, this survey highlights there is still a stigma.

Women who have babies over 35 are often depicted as being selfish or too career-focused, when the truth is that it’s much more difficult for some to settle down in their 20s than it used to be.

Medically, women are classed as ‘older mums’ over 35. The term ‘geriatric pregnancy’ was once widely used but is increasingly considered outdated.

Statistically, these mums are more at risk of complications such as gestational diabetes, pre-eclampsia, stillbirth or problems with the placenta, but these do not happen to all women. Older mothers are usually advised to have an induction to lower this risk.

The decision to start a family in your 30s or 40s is often down to circumstance and while parents want to do what they can to avoid any risks, having a child at 28 – the ideal age according to the survey – is just not possible for many.

With house prices soaring and many graduates facing lower paid jobs, it often takes couples much longer to feel secure enough to start having a family.

For others, they just don’t want to have kids until later.

Charlotte Tarrant feels that becoming a mum at 40 back in July 2017 was the right time for her and says women shouldn’t be made to feel guilty for wanting to ensure they are in a position to take on the responsibility of children.

‘It really helped to sharpen my focus in terms of what is important. I only really felt ready to become a mum in my late 30s. I mean, in my 20s, I would still have been clubbing kind of three, four nights a week, and I don’t think I would have been ready at that stage,’ says Charlotte, who now runs a business called Starlike Books.

Wilma MacDonald, from Edinburgh, Scotland, had her son, now four, at 38.

‘I was nowhere near mature enough to have children at 28. I bought my first flat at 28 but it was a tiny one-bedroom,’ she tells us. ‘The relationship I was in wasn’t right for children. There isn’t just a unlimited supply of people to have babies with either.’

‘I’m glad I waited until I did as I was able to travel a lot in my early 30s as well as switching up careers from banking to running my nutritional therapy company Maverick Motherhood. I’m sure would have been a whole lot harder if I’d had any tiny humans.

‘I just don’t think society is set up for women to have children younger.

‘Women want to have careers and children but the way things like childcare are set up in the UK too just make it much harder.’

Often, women are portrayed as being too busy focusing on their careers to have children, but Priya Velusami, who gave birth to her son in 2016 at the age of 37, says this is unfair.

‘I think the common discussion is that all women want their careers or place a lot of importance on their careers and not having children,’ says Priya, from London, who gave up her job working for John Lewis and decided to set up her own business called Pri Pri after becoming a mum.

‘I feel that I was just pursuing a career and didn’t happen to be in a relationship where I had the right partner to have children with, so I’m not going to stop my career to make that my, my be all and end all.

‘People end up working, and as they get older, they get more senior, and then that they just haven’t necessarily found the right partner to have children with but it’s not necessarily that they are prioritising their career.’

In other cases, personal circumstances mean that things don’t work out as people planned.

Alex Delaney, now 37, is 20 weeks pregnant with her first child and was upset seeing the results of the YouGov survey.

‘Life just doesn’t always work out the way you wanted,’ she says.

‘I met my husband when I was 23 and I feel like we did everything “right”. We dated, then lived together, then got married and wanted to start a family. We struggled to get pregnant so then started IVF.

‘We were in the middle of all that when my husband died very suddenly and unexpectedly at 39. We’d made all these plans and done what we were told in terms of societal expectations, and then I found myself at 34 with all these big decisions to make.’

Alex, from London, chose to freeze her eggs and took time to grieve for her husband, eventually setting up her own business called The Good Grief Gift Co based on her experiences.

A year after her husband’s death, she felt ready to start dating.

Eventually she met someone else but was starting the relationship all over again. After building a life with her new partner, she fell pregnant at 37.

‘Headlines like this study are hard because it’s not like I was that person who was so career-focused I put my fertility on hold – it was just the way life worked out for me. I just wish people wouldn’t judge people’s lives,’ she says.

This narrative that women selfishly put off having children, making it more difficult for themselves, also does not account for those who have spent years trying, suffering losses and eventually have a baby much later, like Sarah Cooper.

She struggled to have a baby for years and had miscarriages before having her first child at 37.

‘It wasn’t necessarily our choice to wait until I was older – it just happened that way,’ Sarah, who is the founder of NapNap, says.

‘I struggle with the phrase geriatric mothers. It feels so negative and like something is going to go wrong or that you shouldn’t be doing this.

‘I think that where people choose to have children, thinking about what is best for you, your child and your partner should be your own business.’

Paula, from Ilkley, West Yorkshire, was 40 when she gave birth to her daughter in 2014, and 42 when she had her son. She feels that each pregnancy needs to be looked at on a case by case basis.

Being labelled as an older mum impacted her choices around what she wanted for her births.

‘I was very fit and active and felt like I had a good lifestyle,’ she says. ‘When I fell pregnant with my first child, I was asked to go for scans every month because of my age.

‘At an appointment about midway through and I had a different consultant because my usual one was on holiday. Everything was fine and at the end, he said “That’s fine, we’ll see you at your induction.”

‘I was confused because that wasn’t what I wanted. That hadn’t been discussed beforehand or explained.

‘I felt a little like I was being forced down that route because of the guidelines around mothers of my age.’

Paula, who is now a physiotherapist, went on to have a planned induction but found it very traumatic and with her second child, she wanted a different experience.

She adds: ‘From the start we had a bit of a battle because I wanted a home birth. It was really difficult being told you were putting your baby at risk because of your age.

‘I had to sign a form to say I was happy to go against the advice.

‘I had otherwise low-risk perfectly normal pregnancies and I did eventually end up having a home birth with no intervention in the end for my second birth.’

Current guidelines from the National Institute for Health and Care Excellence (NICE) has no specific reference to the age of the woman in the current inducing labour guidelines.

These guidelines are in the process of being updated and are currently out for consultation, expected to be published in October 2021.

According to NICE, the draft updated guidelines, which are not finalised or being used yet, does change this advice.

It says induction of labour should be considered from 39 weeks in women who have otherwise uncomplicated, singleton (pregnant with one baby) pregnancies but who are at higher risk of complications.

Women aged 35 years or above are at higher risk of such complications, but the draft recommendations also advise that the woman’s preferences and the previous history should be taken into account.

In a statement, NICE said: ‘The evidence-based recommendations within NICE guidelines are not mandatory but are considered best practice. It is down to commissioners of services whether recommendations should be applied in the context of local and national priorities for funding and developing services.

‘In the current guideline, it’s advised that women should be informed that most women will go into labour spontaneously by 42 weeks. At the 38 week antenatal visit, all women should be offered information about the risks associated with pregnancies that last longer than 42 weeks, and their options.

‘Healthcare professionals should explain why an induced labour is being offered and outline the alternative options if the woman chooses not to have induced labour.

‘Women should be given time to consider their options (including discussing with their partner), invited to ask questions, and encouraged to think about her options. Healthcare professionals should support women in whatever decision they make.

‘If a woman chooses not to have induction of labour, her decision should be respected. Healthcare professionals should discuss the woman’s care with her from then on. The guideline recommends women-centred care.’