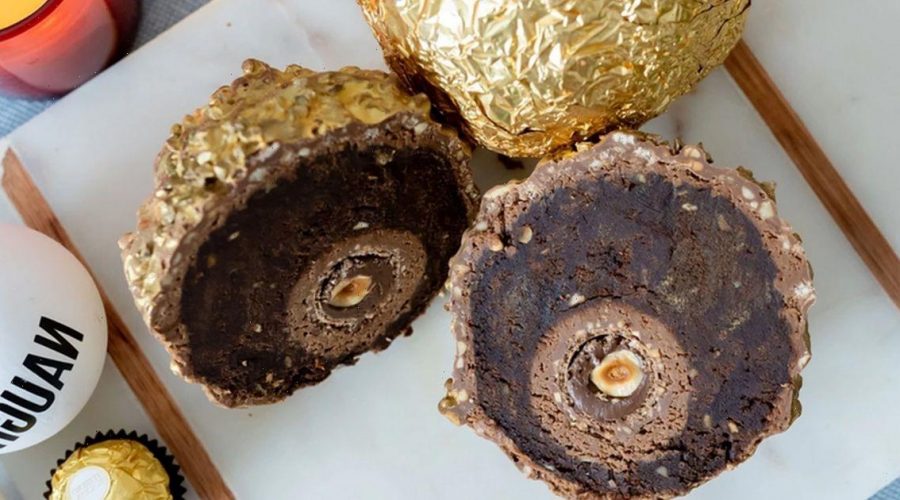 Listen up, chocoholics – you can now buy giant Ferrero Rocher balls that weigh half a kilo.

The chocolate and hazelnut-flavoured treat, which was first developed in 1979, has been revamped by Bad Brownie.

The gourmet bakers have created the ultimate decadent dessert for £26.

It consists of a single Ferrero Rocher, which has been wrapped up like a sweet scotch egg!

The chocolate ball is at the centre, then encased in gooey brownie and milk chocolate wafers.

It’s then dipped in a smooth layer of creamy milk chocolate and topped with caramelised hazelnuts and praline for a bit of texture.

For a final flourish, the bakers coat each chocolate brownie in gold dust.

It’s a take on the appearance of Ferrero Rocher’s iconic gold foil wrap – but you can actually eat this packaging!

The Christmassy treat has been dubbed “The Ambassador’s Golden Balls”.

It serves between six to eight people, which makes it an option for dessert on Christmas Day.

Looking for more sweet deals? We've got you covered.

Amazon has just launched a deal to save Christmas and your cravings this Black Friday.

Meanwhile, Quality Street has added a new chocolate that's like no others in its popular festive tins.

So what's your favourite chocolate? Let us know in the comments below.