New BBC courtroom drama that has viewers hooked: You Don’t Know Me, based on a best-selling novel by a criminal barrister, is praised for its ‘compelling’ story of an innocent man accused of murdering a drug dealer

A new Sunday night drama that tells the story of a young black man who is accused of a murder he swears he didn’t commit is being hailed a ‘magnificent’ new must-watch by viewers.

You Don’t Know Me, which premiered on BBC1 last night, is based on the best-selling novel of the same name by British criminal barrister Imran Mahmood, who drew experiences from his 25-year career in the justice system to write the courtroom drama.

At its centre is car salesman Hero (Samuel Adewunmi), of south London, who is put on trial for the murder of drug dealer Jamil (Jean Nsengiyumva). 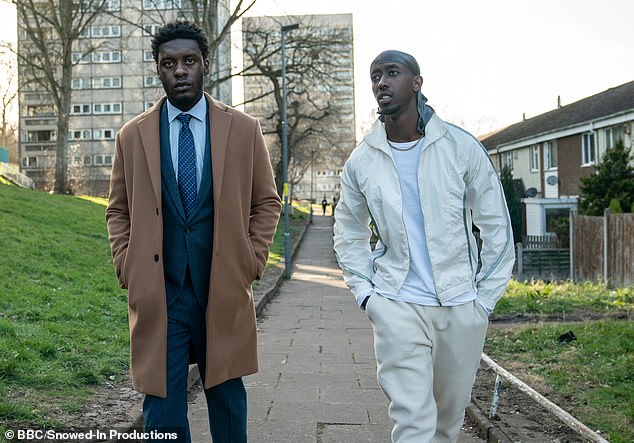 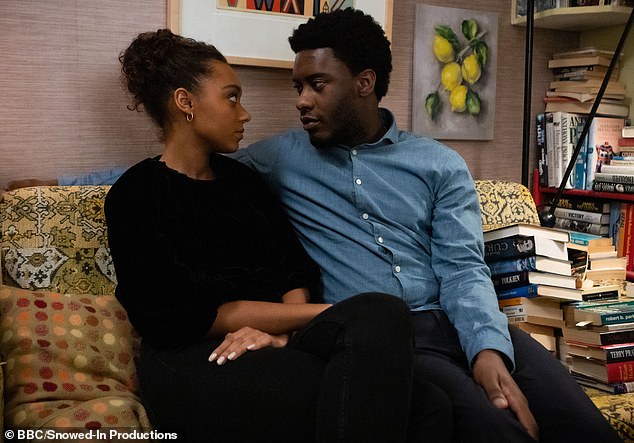 The evidence against him is overwhelming but at his trial, Hero decides to tell his extraordinary story – detailing how he fell into trouble while trying to protect the woman he loves Kyra (Sophie Wilde)

The poignant Sunday night drama has won instant praise from viewers, who have hailed the series as ‘magnificent’ urging others to watch the ‘compelling’ courtroom drama

There is overwhelming evidence against him but, ignoring legal advice, he decides to protest his innocence in court and tells how he became caught up in trouble while trying to protect Kyra (Sophie Wilde), the woman he loves.

The TV adaptation is written by Tom Edge, of The Crown and Vigil fame, and has proved an instant hit with viewers.

One tweeted: ‘You don’t know me’ on BBC is magnificent. Watch it.’

Another wrote: ‘You Don’t Know Me on BBC One/iPlayer is wonderful, if you need something new to watch.’ 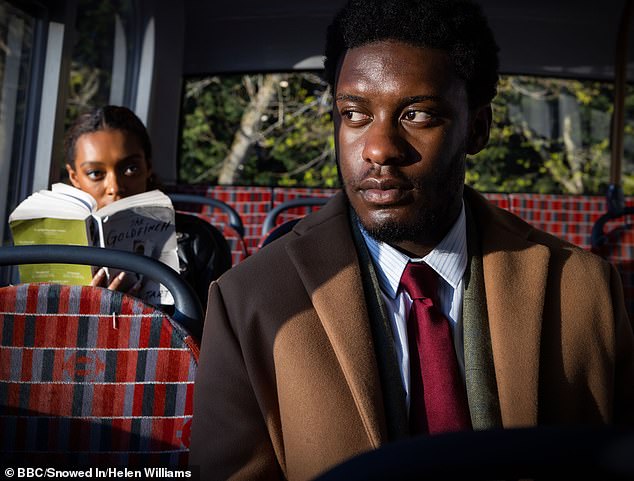 As Hero begins to tell his story, viewers are taken back to the beginning of his relationship with Kyra, whom he met on a bus and bonded with over her love of books 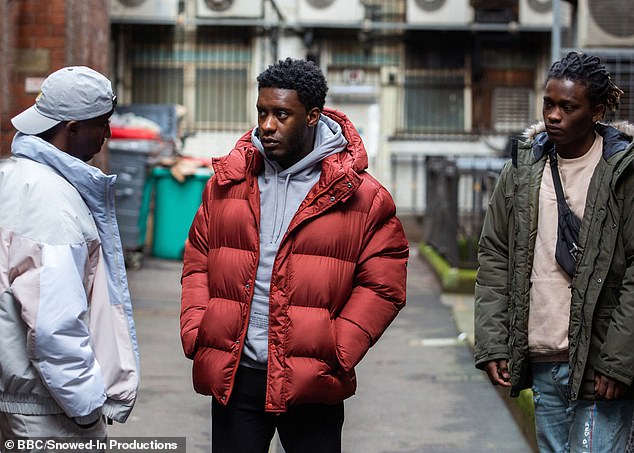 The series is every Sunday night at 9pm and is available to watch in full on iPlayer.

Hero had publicly argued with Jamil and when police received an anonymous tip off pointing the finger at him, they discovered the murder weapon in Hero’s flat, mobile phone data placing him at the scene of the crime, and the victim’s blood underneath his fingernails.

Despite being advised by his barrister to stay silent, Hero decides to swear his innocence to the court room, insisting: ‘The truth is that I’m innocent. I am. I did not kill that boy. I didn’t.’

As Hero begins to tell his story, viewers are taken back to the beginning of his relationship with Kyra, whom he met on a bus and bonded with over her love of books. 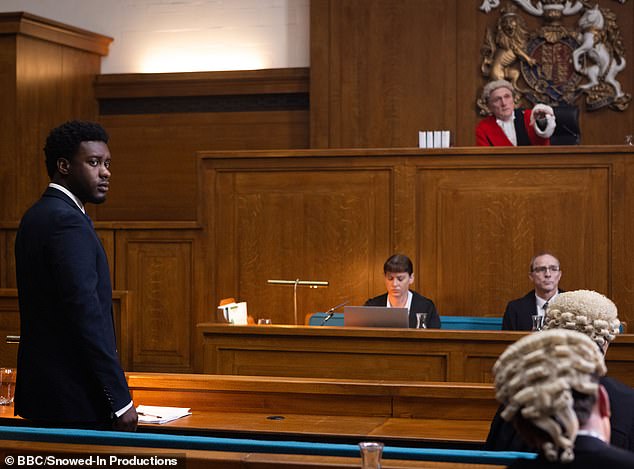 The episode ends with Hero explaining that he had purchased the gun, but not to kill Jamil and explaining to the jury that he decided to buy the weapon as he had no other option to get Kyra back

As their romance develops the pair move in together but soon Kyra goes missing and while Hero desperately searches for her, he discovers she has been coerced into working as a prostitute.

Afraid of the gang of pimps Kyra is working for, Hero turns to Jamil to get a gun to defend himself as he tries to in exchange for doing the drug dealers university homework.

The episode ends with Hero explaining that he had purchased the gun, but not to kill Jamil and explaining to the jury that he decided to buy the weapon as he had no other option to get Kyra back.

‘What was I supposed to do?’, says Hero addressing the court.

‘Say no to gangs I agree. Say no to drugs, I’ve been saying no my entire life. Say no to guns, no guns. Do I condone guns? No.

‘Do I condone violence? No. Am I a criminal? No. I sell cars. Do I believe that i’m above the law? No. That’s not the question here, there’s only one question left to say no to, and it’s the one you guys can’t look at. Do you love her?’.