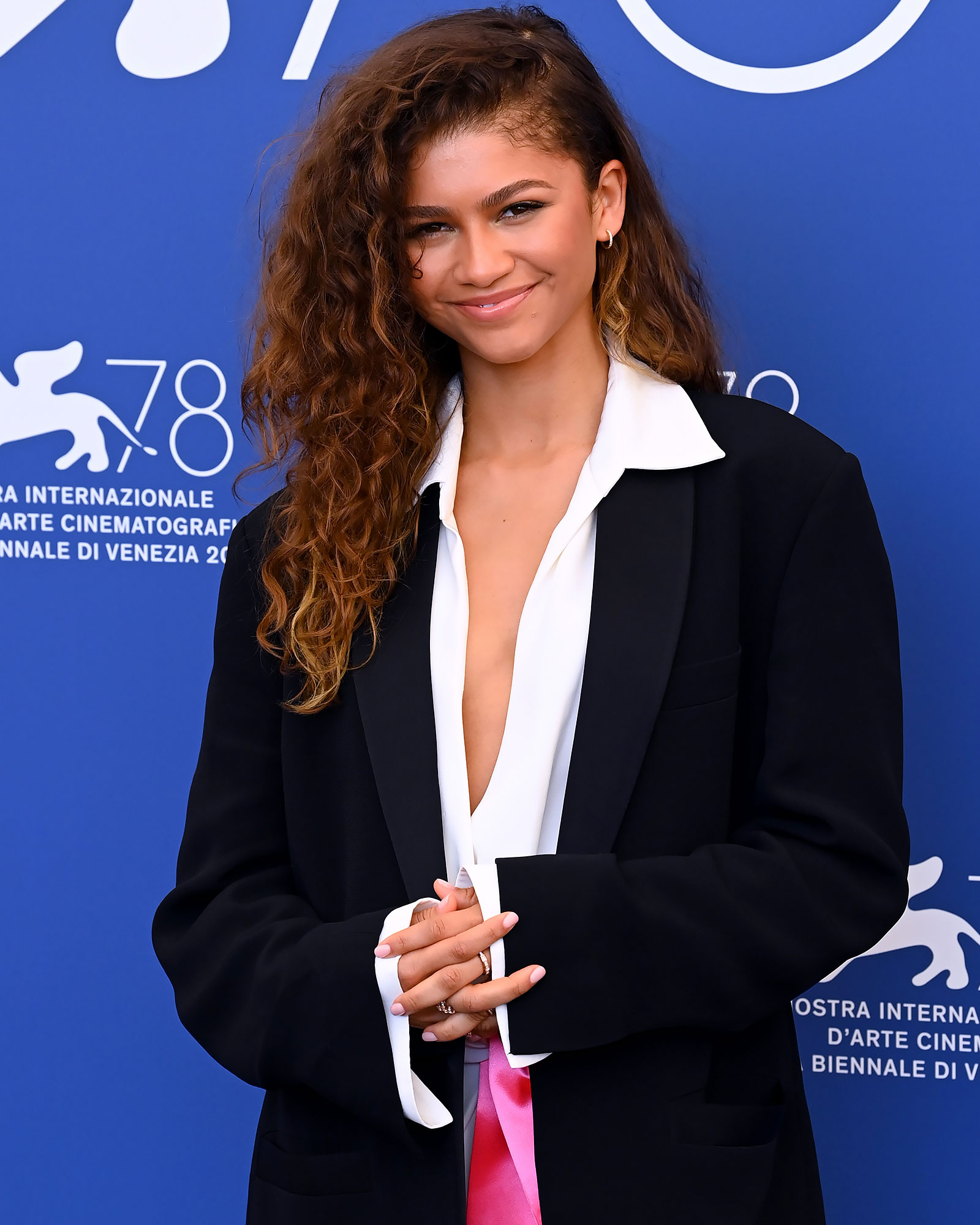 Zendaya may be known for her fabulous red carpet fashion, but she didn’t always walk around in designer dresses from brands like Versace, Moschino and Tom Ford.

In fact, she kicked off her career in head-to-toe Target. “When I was 14 and at my first movie premiere, my outfit was a bunch of stuff that I had from Target. And I thought I was fly. I felt cool,” she said in a Tuesday, October 12, interview with InStyle. “To this day, I think that’s really all that matters. Then you know you’re doing the right thing.”

While her approach to red carpet style has stayed the same, the 25-year-old actress has certainly given her clothing choices a couture spin over the past few years.

She’s best dressed at all times — and her looks typically have subtle shout outs to icons past. For example, she channeled her character Lola Bunny at the Space Jam: A New Legacy premiere in a patchwork Moschino short suit. Then, she showed the one and only Beyonce some love at the BET Awards, wearing a shorter version of the singer’s Versace dress from 2003.

Gold Goddess! Zendaya Owns the Red Carpet at the Women in Film Gala

“I think about red carpets as having their own characters and narratives. We build a little story for all the looks,” Zendaya, who works with stylist Law Roach, told the outlet. “It’s like an extension of my acting career in a weird way — you just pop this wig on or whatever it is.”

Some of her favorite looks to date? Her Joan of Arc ensemble from the 2018 Met Gala, pink Tom Ford breastplate at the 2020 Critics’ Choice Awards and her Moschino butterfly dress from the Australian premiere of The Greatest Showman.

Now, the Malcolm & Marie star wears a fair share of Valentino, as she became an ambassador for the brand in 2020. And each one of her pieces gets some special TLC.

Zendaya Through the Years: From Disney Teen to Euphoric Leading Lady

“I’ll tell you what the coolest thing is. When Pierpaolo [the creative director of Valentino] comes up with these beautiful silhouettes for me to wear, he has my name stitched on a little tag inside. So all my custom Valentino pieces have a little ‘Zendaya’ on them,” she added.

13/10/2021 Lifestyle Comments Off on Zendaya Wore Target to Her 1st Red Carpet: ‘I Thought I Was Fly’
Lifestyle