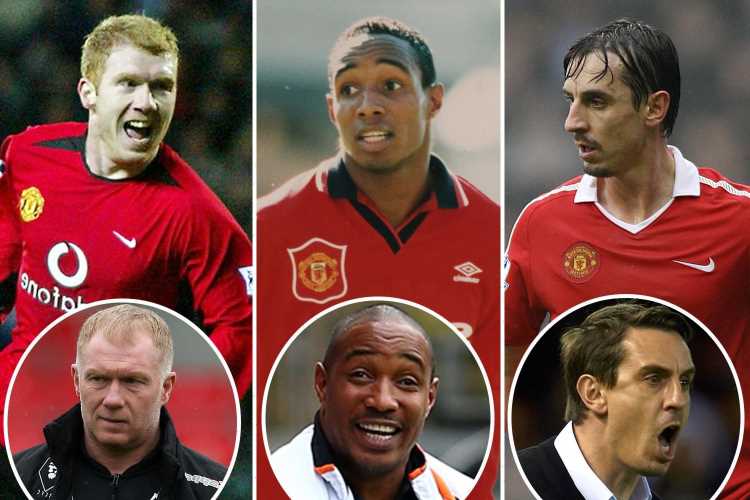 OLE GUNNAR SOLSKJAER isn't the first Man Utd legend to be given his marching orders.

The Norwegian, 48, was finally sacked (for the second time in his career) by the club after a dismal 4-1 defeat at the hands of Watford over the weekend, following weeks of speculation and a dismal run of form. 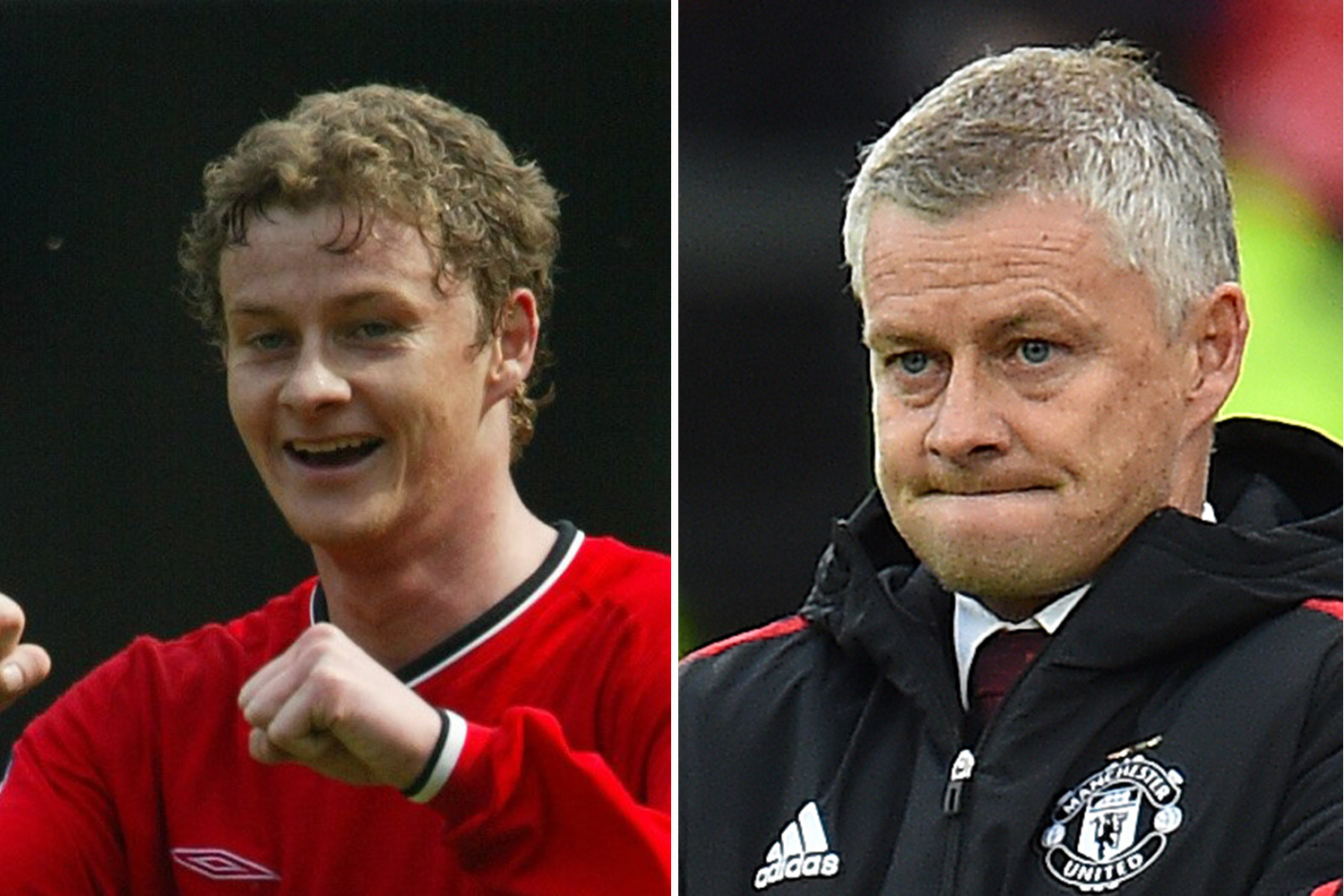 Brendan Rodgers, Mauricio Pochettino and Zinedine Zidane have been linked with the vacant post.

But, the Red Devils will do well to steer clear of any former players.

Many who played under legendary boss Sir Alex Ferguson made a foray into management, most ended up flopping.

However, there's one who was amajor success…

ASTONISHINGLY, after working mostly as a TV pundit and co-owner of Salford City, the ex-right back was handed the reigns at Valencia in 2015.

It was an appointment that lasted a meagre 28 games.

The biggest low including a 7-0 drubbing to rivals Barcelona.

“I never should have said yes to the job,” Neville said in 2019. “I wasn’t qualified for the job and didn’t wake up every morning and think about coaching.

“There was already far too much going on with the Sky stuff, writing articles for a newspaper and doing all the stuff in Manchester with Salford.”

VERDICT: FLOP DEBUT BUT TIME TO PROVE US WRONG 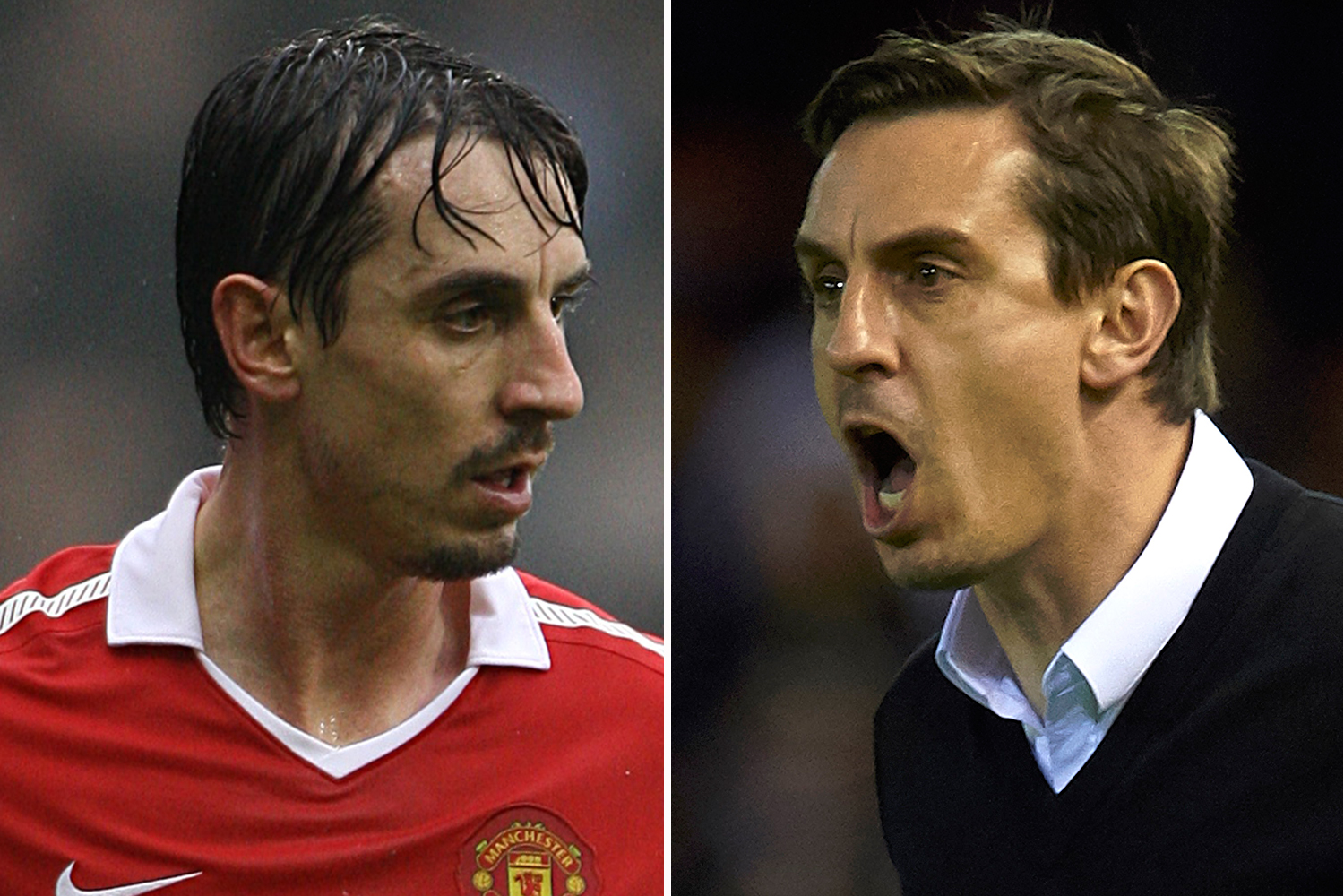 A FORMER United captain, Bruce is now somewhat of a journeyman manager.

He's managed 10 clubs, including Wigan Athletic twice. Major honours have escaped him though, with FA Cup runner-up at Hull City in 2014 perhaps a highlight.

Most recently, he was the brunt of Newcastle fans who lambasted his tactics.

His first sacking came at Huddersfield in 2000. Since then, he's been fired from jobs at Aston Villa and the Toon.

VERDICT: FLOP – MOST OF THE TIME 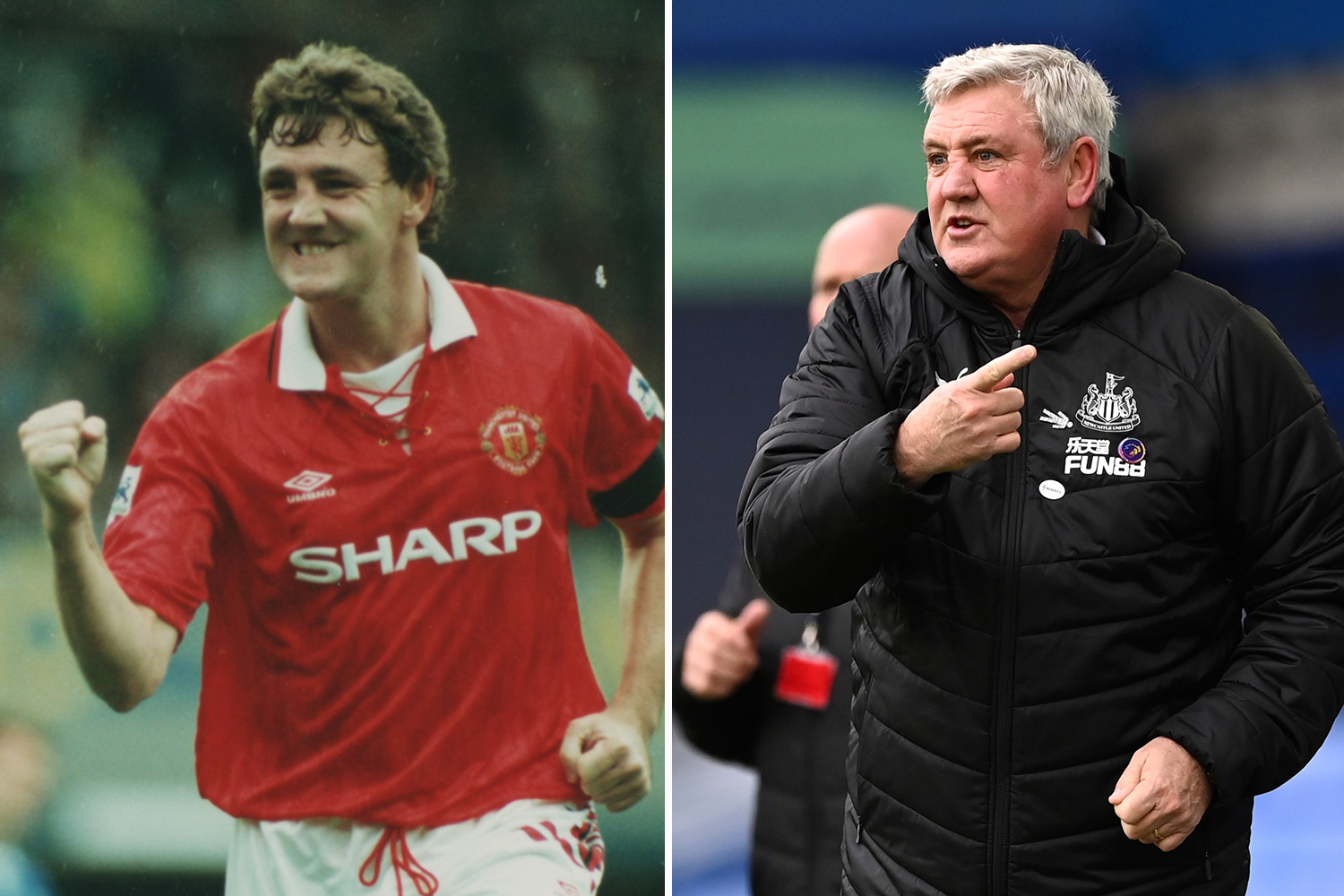 NEVILLE'S first taste of being boss came with England's lionesses.

In 2018, he led the women's team to glory in the SheBelievesCup.

However, a year later finishing fourth in the World Cup seemed to be a bit of a disappointment.

After stepping down from his role with the Three Lions, he was appointed as boss of David Beckham's Inter Miami.

However, they finished fourth from bottom in the MLS Eastern Conference and failed to make the play offs. 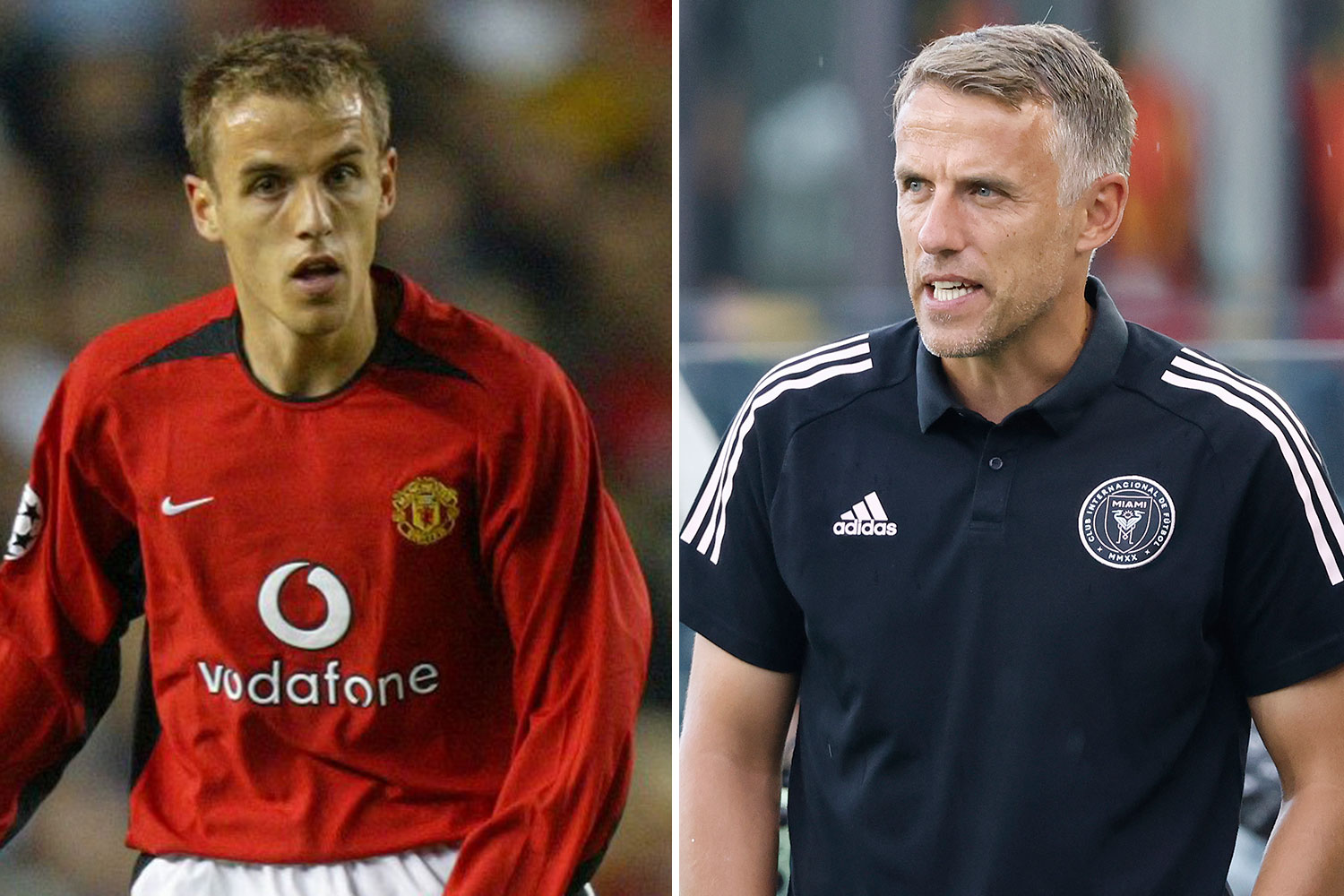 IN 2014, after David Moyes was fired, Welsh legend Giggs was hired as United's interim manager – winning two of his four games in charge.

Following a stint as Louis Van Gaal's assistant, he took on the Wales national job in 2018 – leading his country to qualify for Euro 2020.

But in 2020, he was forced to take gardening leave.

VERDICT: TOO EARLY TO CALL 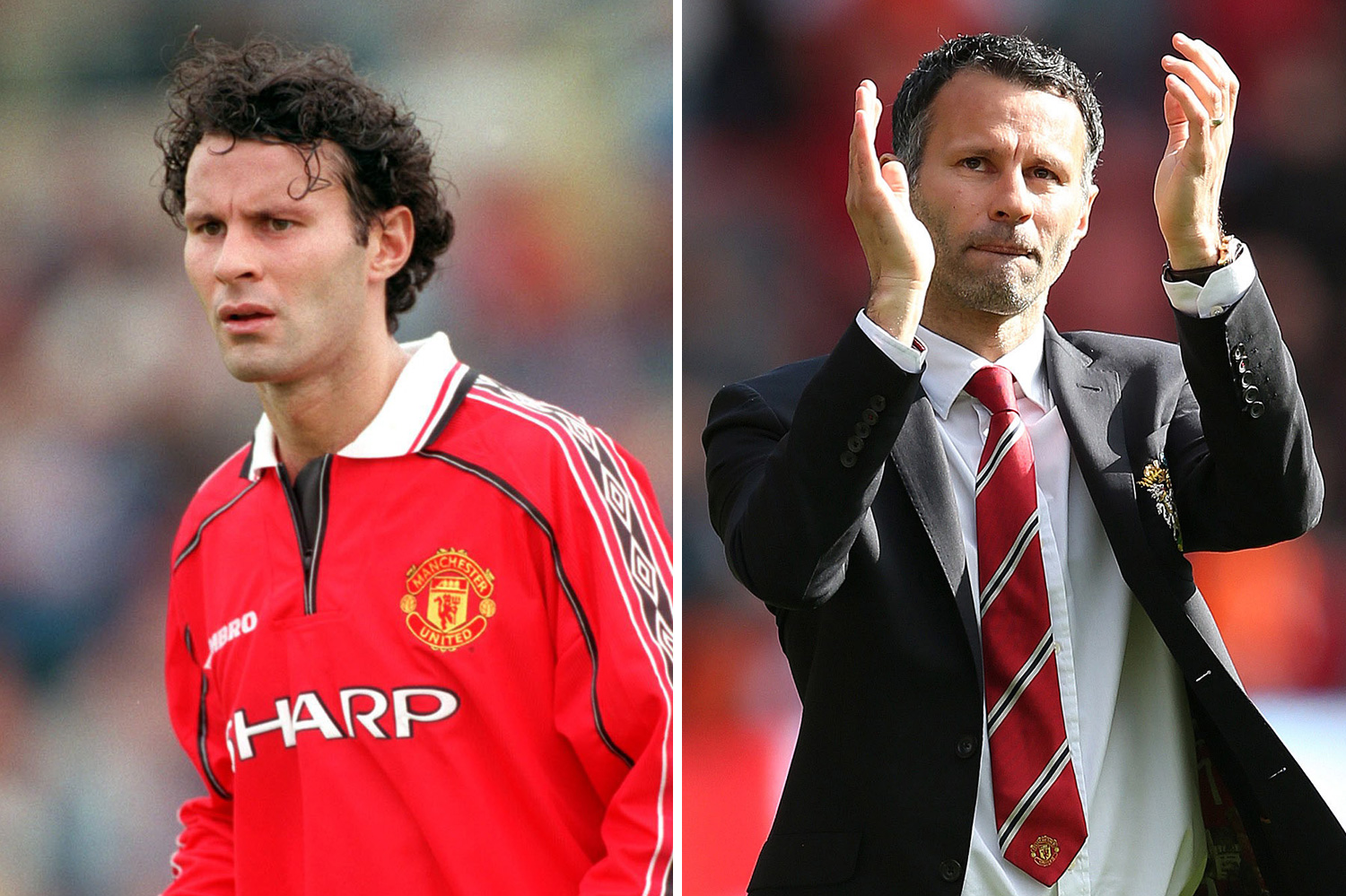 AS a leader on the pitch, Keane appeared to be management material.

And things seemed to get off to a good start with Sunderland, who he helped gain promotion to the Premier League.

However, he stepped down in 2008 amidst a player mutiny and a dismal run of form.

Worse was to follow at Ipswich Town, where Keane was sacked when The Tractor Boys dropped to 21st in the Championship in 2011. 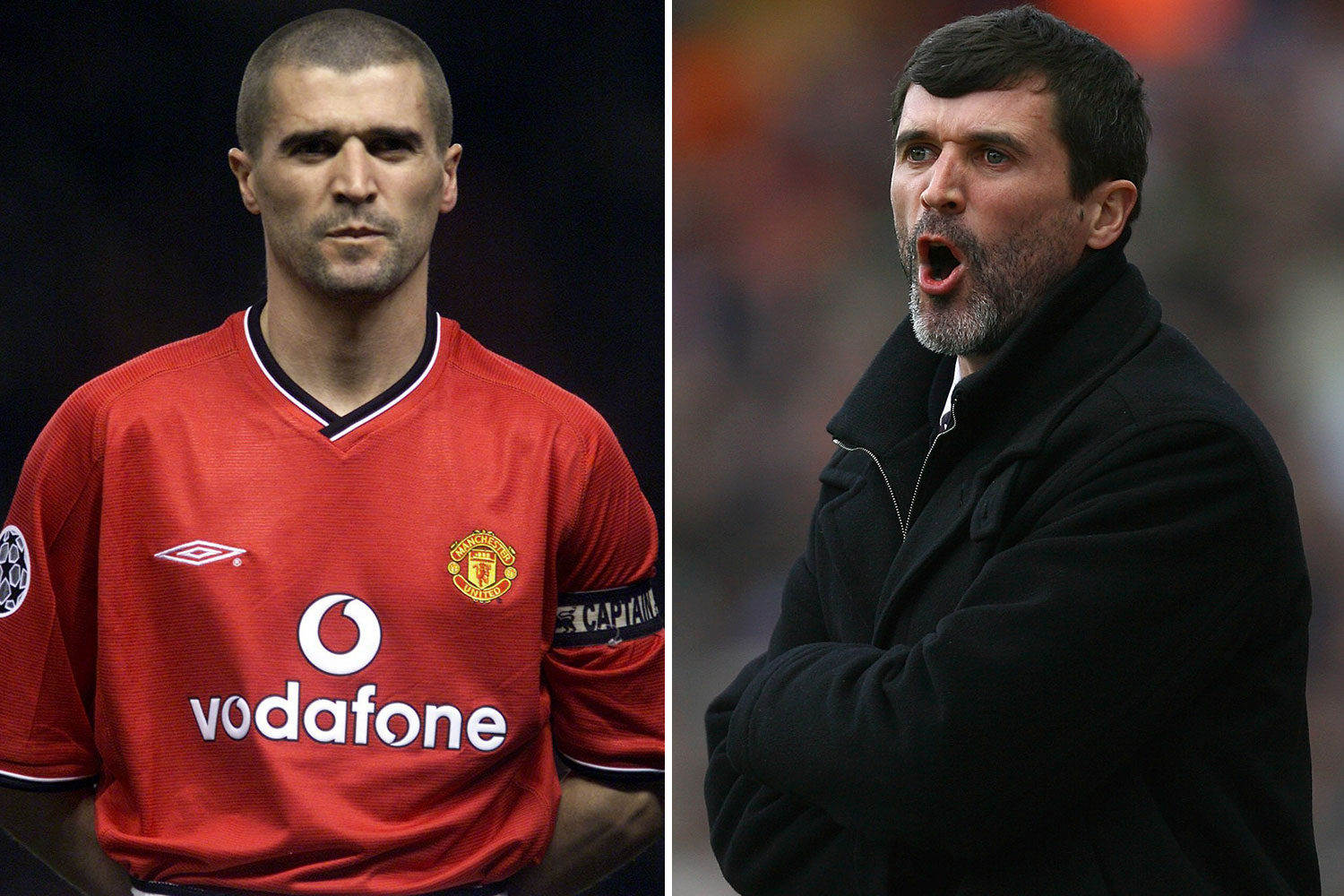 STAM played in the same sides as Keane, and himself was a tough competitor.

Most recently, he was dismissed as boss of MLS team FC Cincinnati having won four of just 25 games.

Before that, he handed in his resignation with Feyenoord bosses after 4-0 thrashing to rivals Ajax.

On our shores, Stam is remembered for his time at Reading. He enjoyed a successful first season, leading the Royals to the play offs.

However, it went downhill the following year. One win in 18 league matches was enough for Stam to be given his marching orders. 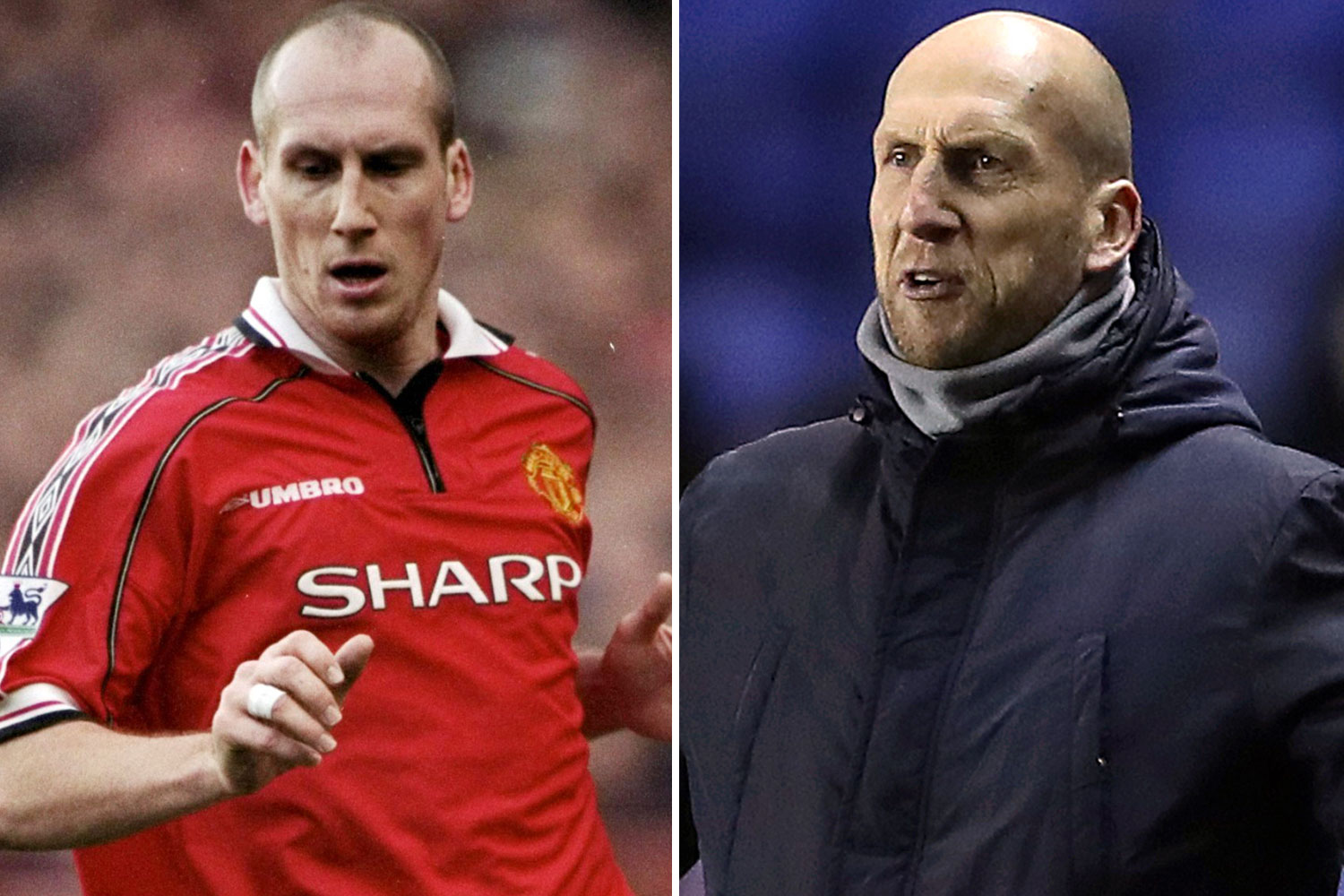 CAPTAIN Marvel has had a 17-year career as a manager, taking in jobs with the likes of Middlesbrough, Bradford City, West Brom, Sheffield United, Thailand, and then Thailand's U23s.

His most successful period came at Boro, who he helped gain promotion. Between 1994-2001, Robson also led the club to three Wembley cup final appearances, although they lost each one.

A stint at Bradford City saw Robson officially sacked for the first time after just 28 games in charge and a winning percentage of just 25 per cent.

At West Brom he pulled off the great escape, with his side bottom of the Premier League at Christmas.

The following year, though, they were relegated and Robson left by mutual consent.

He also sacked by Sheffield United in 2008. He hasn't managed anyone since the Thailand job ended in 2011. 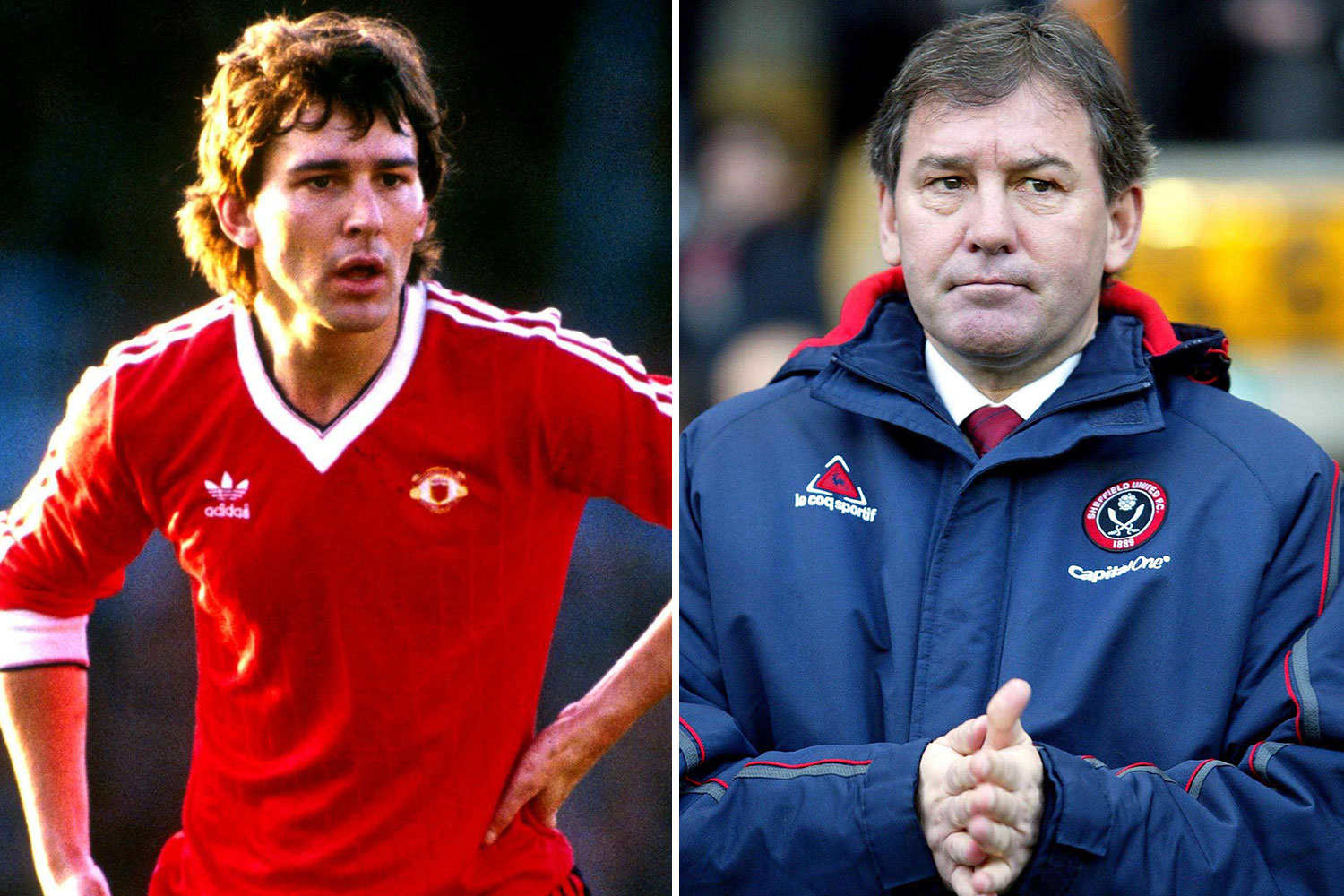 LIKE Robson, Hughes appeared to be tailor-made to be boss – doing decent jobs with Wales and Blackburn.

That scored him a big job at Manchester City in 2008, who were then taken over by Sheikh Mansour two months after he arrived.

However, after spending a fortune, including signing the disastrous Robinho for £32million, he was sacked after 18 months with nothing to show but a 10th place finish.

After a bust-up with Mohamed Al-Fayed, he resigned as Fulham boss 11 months after his appointment – with Al-Fayed labelling the Welshman a "strange man".

Sackings at QPR, Stoke and Southampton then followed.

Officially, he's the most sacked out of the United legends.

VERDICT: BENEFIT OF THE DOUBT AFTER WALES AND BLACKBURN JOBS 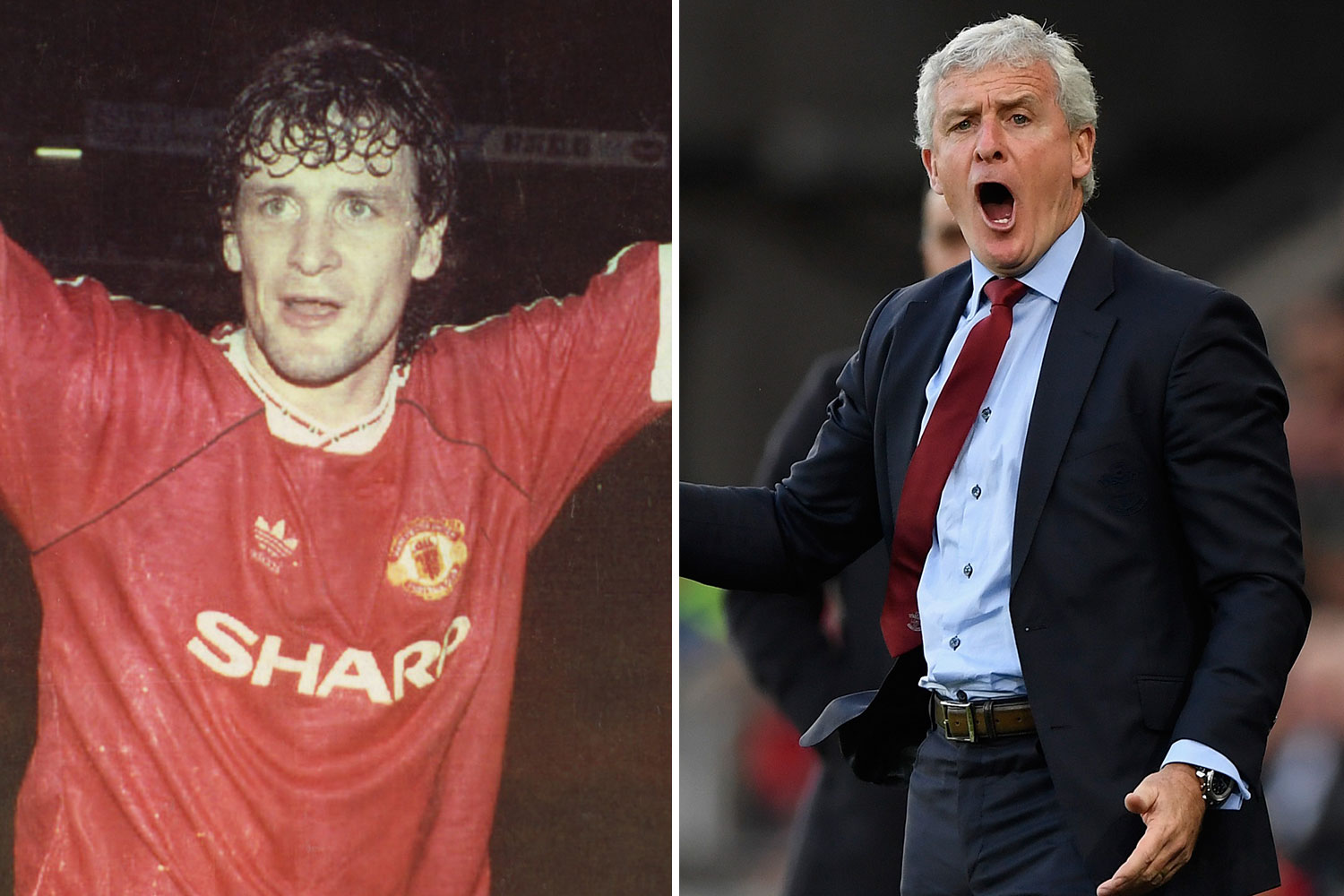 'THE GUVNOR' has been out of a job since 2014, since leaving Blackpool, where he was once handed a five game ban for berating an official in the tunnel.

In the lower leagues, Ince did a stellar jobs at Macclesfield Town in a player-manager role, before then getting Milton Keynes Dons promoted to League Two and winning the FA Trophy.

In 2008, however, when Blackburn Rovers asked him to make the step up to the Premier League, Ince proved to be out of his depth.

After three wins in 17 games, he was given the bullet. 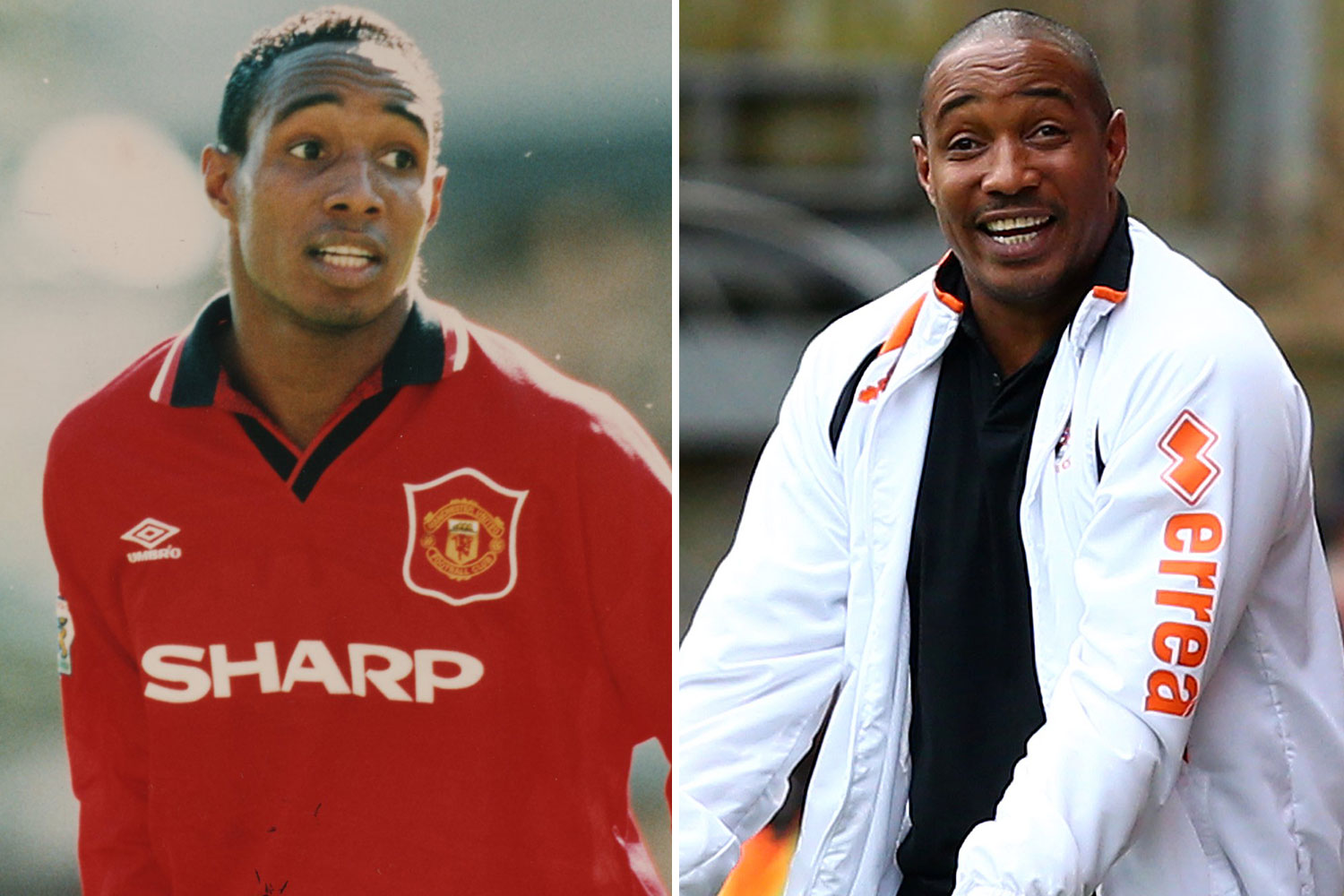 WITH one of the greatest football brains in the modern era, Scholes was surely going to make a decent coach?

Maybe too soon to tell. He spent just 31 days at crisis club Oldham between February and March 2019, until walking away following a disagreement with the owners.

"In the last week there was a couple of issues with a couple of players," Scholes revealed in a chat with BT Sport in 2019.

"Experienced pros that I felt didn’t deserve to be treated the way the club wanted to treat them.

"I didn’t need the hassle of that. I really like the players, really respected them and would have done anything for them. But once I get told ‘don’t play him’, that’s when it is time for me to go… 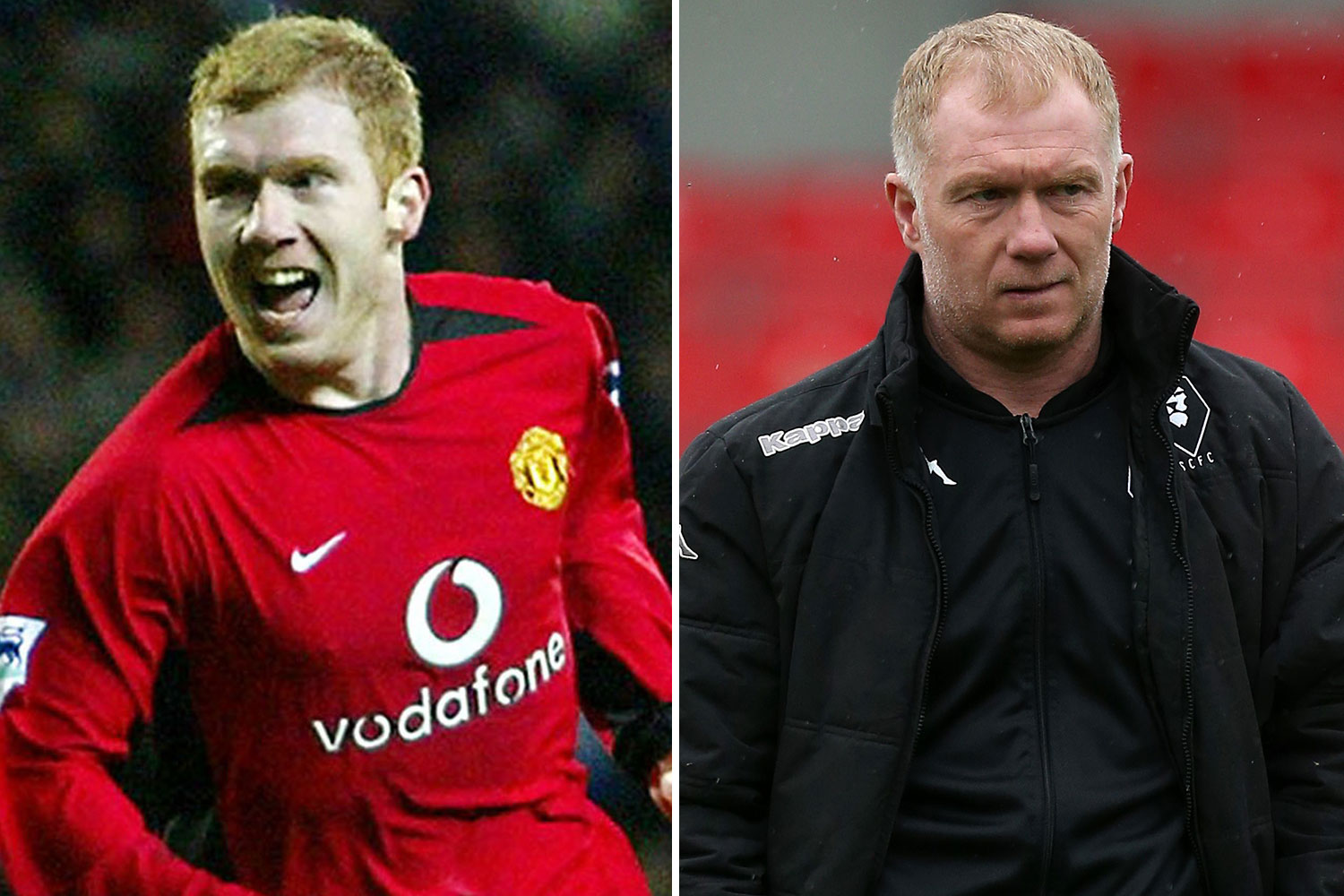 Eventually, his luck would run out in 2001 when the club were demoted from the Premier League.

He was sacked the following season after a poor start in the First Division.

Within weeks, Strachan was back – this time in the Southampton hot seat. He resigned as Saints boss in 2004, after wanting to take a break from football

At Celtic he was victorious – winning three league titles in a row. But in his fourth season, the Hoops lost out Rangers and he handed in his resignation in 2009.

His time at Middlesbrough was forgettable. With the club languishing in 20th position, he commendably tore up his contract and refused compensation.

For his last act, Strachan walked away from the Scotland job after failing to qualify for the 2018 World Cup. 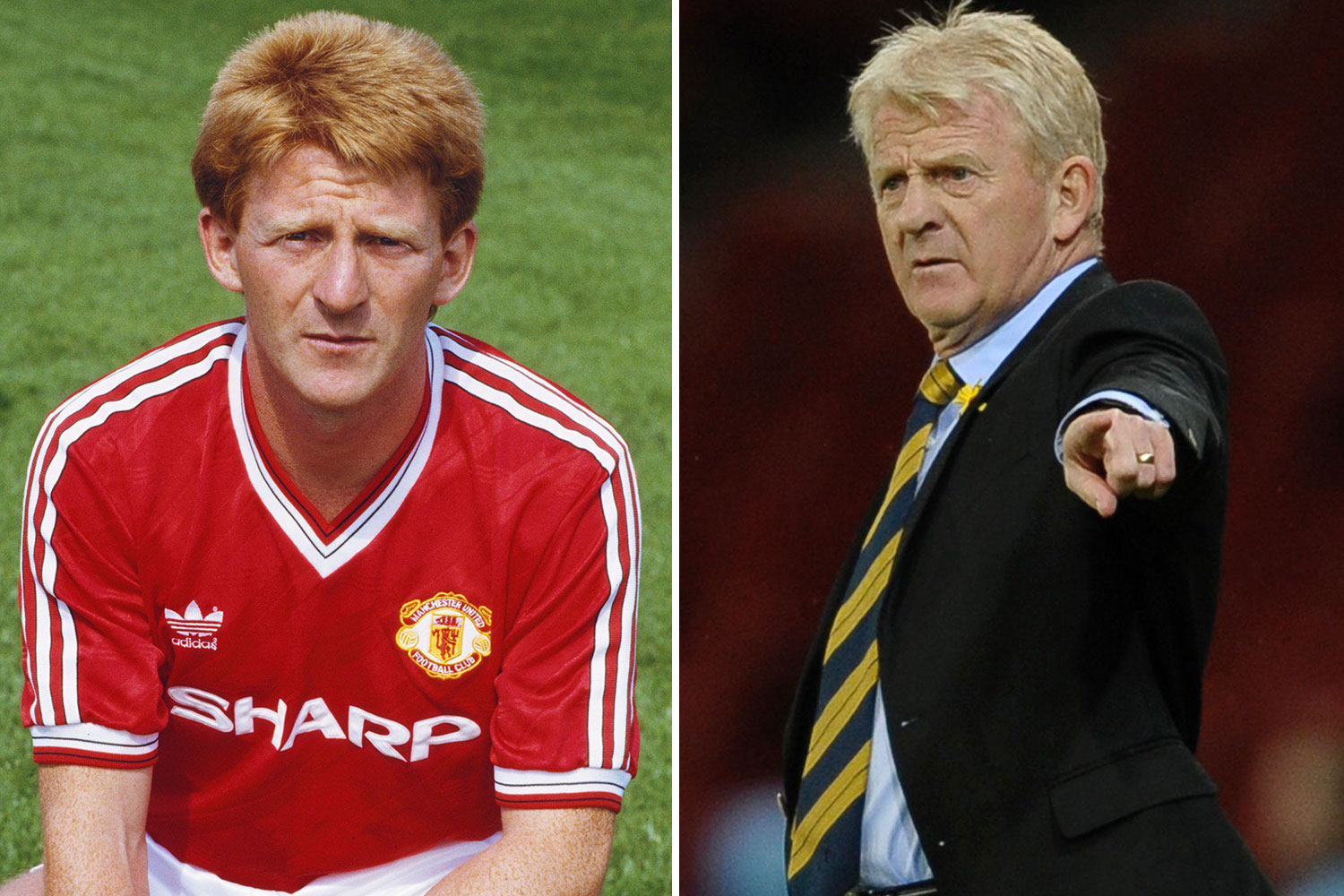 Manchester United's all-time top scorer, Rooney is the most recent former Red Devil star to try his hand at managing after being hired in 2020 by Derby County.

But it's been a tumultuous time for the club, who are in dire financial trouble.

They narrowly avoided relegation on the final day of last season, but it looks highly unlikely they will be able to repeat that feat – after they were docked 21 points for financial irregularities and sit rock bottom of the Championship with zero points and 18 games played.

Hard to judge Rooney on this though, given his hands are tied.

VERDICT: TOO EARLY TO TELL 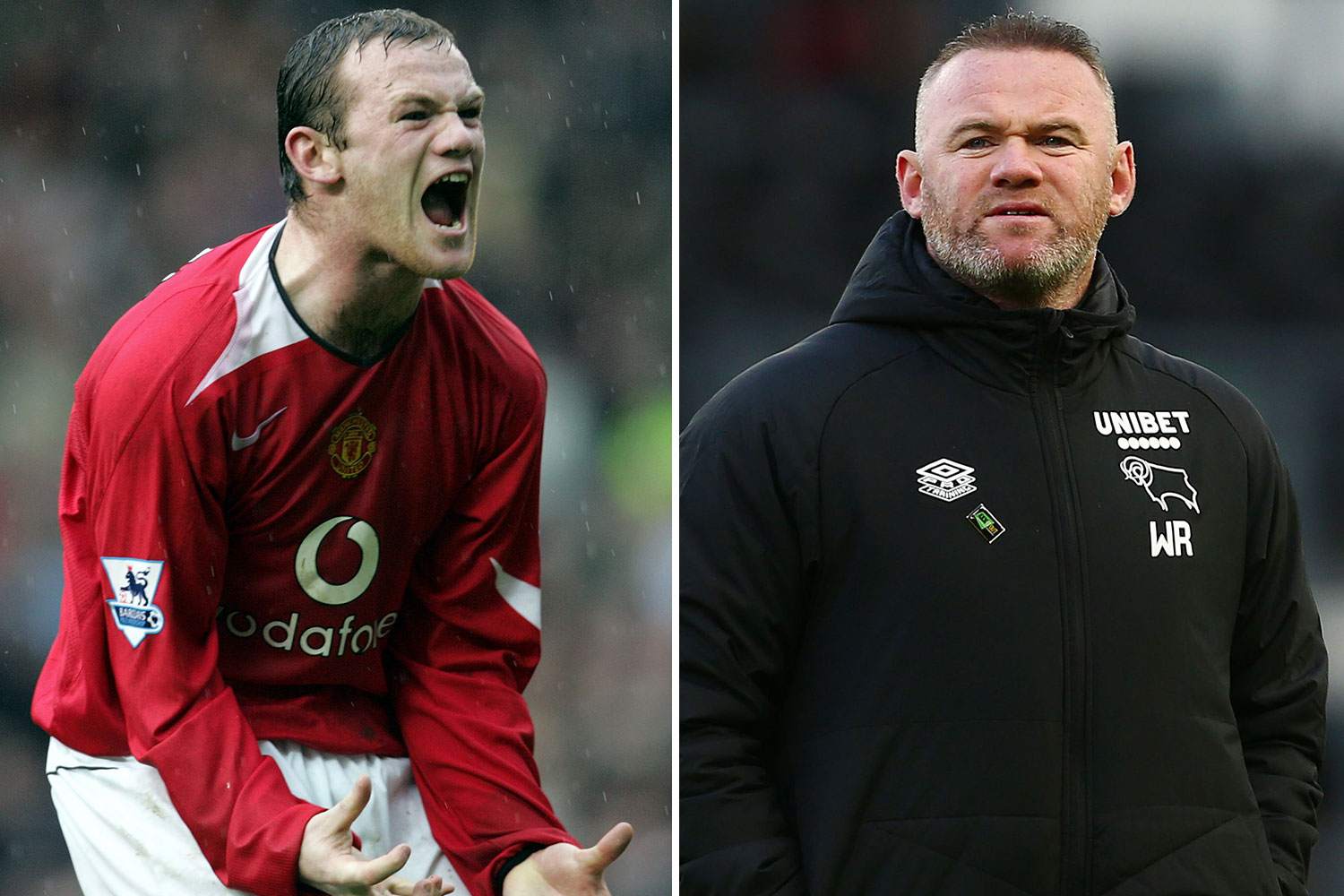 The exception to the rule, Laurent Blanc is one of the world's leading managers and has been linked with the Old Trafford job.

Currently in Qatar with Al-Rayyan, the France World Cup winner has won all his trophies in his homeland.

He landed the title with Bordeaux in 2009, then won three successive championships with PSG, as well as two French Cups and three French league cups with the latter in just three years.

The only blot on his copybook, perhaps, was his time as France boss, who he could only lead to a quarter-final of Euro 2020 before standing down.

But, he's never been sacked. 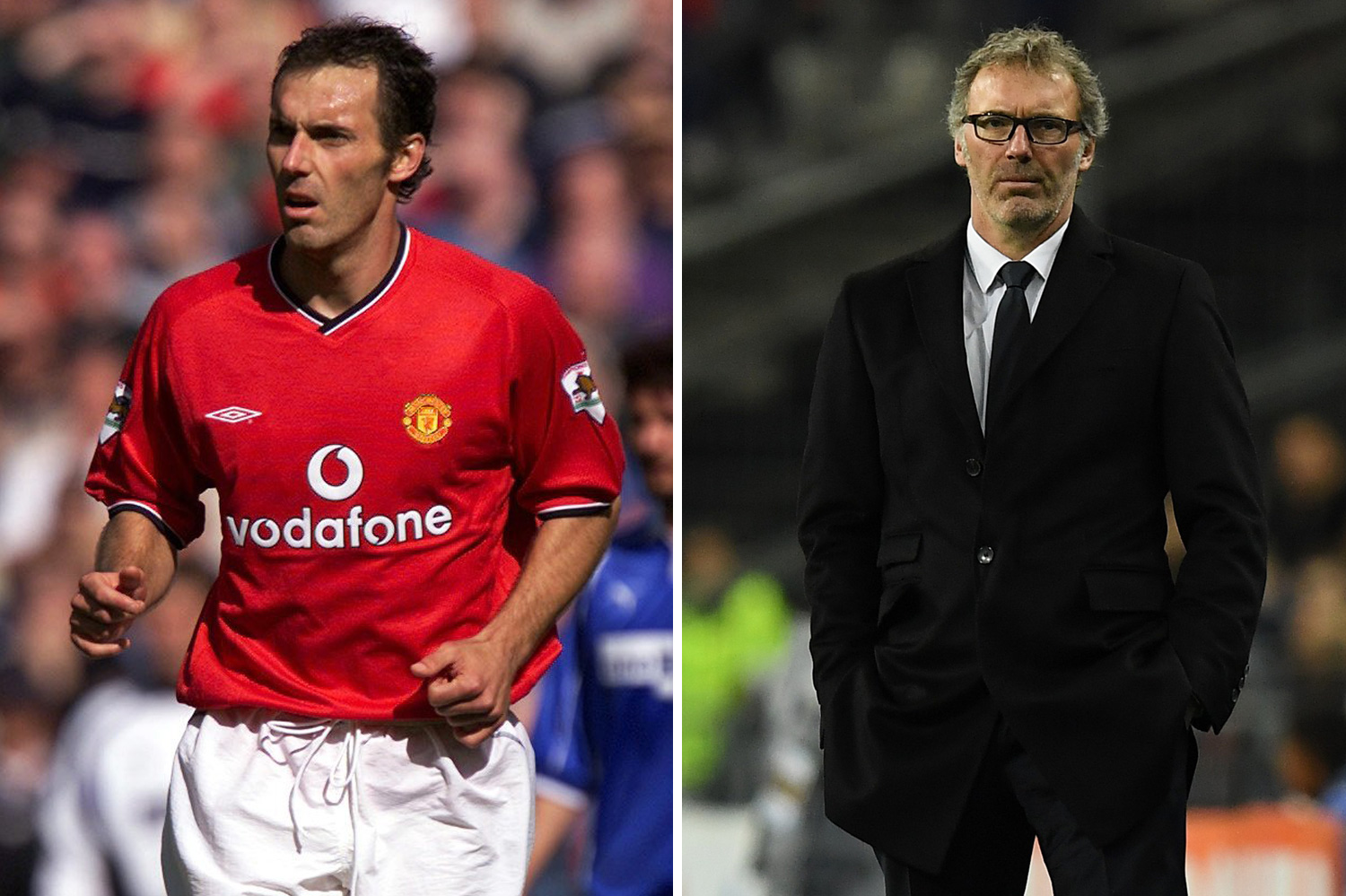 23/11/2021 Sport Comments Off on 13 Man Utd legends as managers who have been sacked 17 times, and the ONE ex-star who has been a major success
Lifestyle