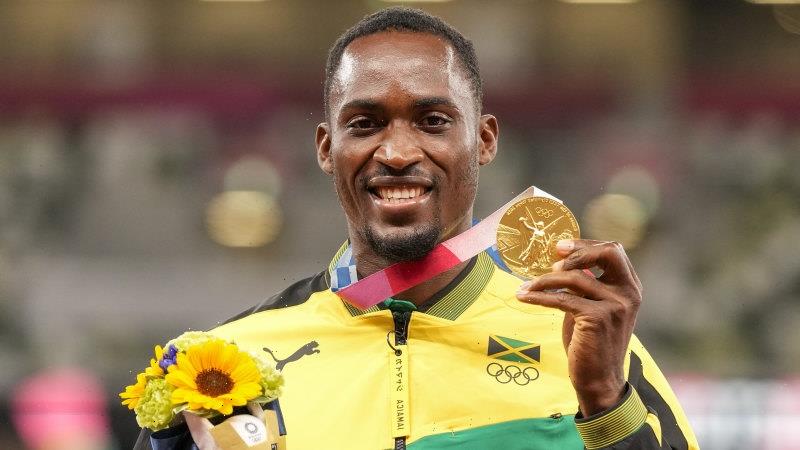 As a star hurdler, Jamaica’s Hansle Parchment is familiar with overcoming barriers. But he was unprepared for a different kind of obstacle: getting lost in Tokyo on the day of his Olympic race, and rapidly running out of time to get there.

The 31-year-old athlete posted a video this weekend on Instagram explaining how panic turned to hope after he met a “good Samaritan,” a volunteer working at the Games, who ultimately gave him money to take a taxi to the correct venue – where he won a gold medal in the men’s 110-metre hurdles on August 5. 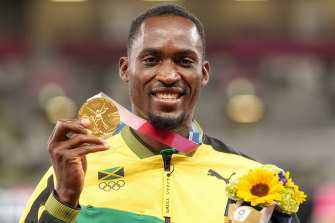 Hansle Parchment got lost and nearly missed his 110m hurdles race – but a stranger stepped in to help him.Credit:AP

Parchment, gold medal in hand, went to find the stranger who had gone out of her way to help him – to thank her, he said, for helping him when he needed it the most.

In the three-minute clip, which also circulated widely on Twitter, Parchment said that he had been listening to music while travelling to his race and was not fully paying attention to what was happening around him.

“By the time I looked up, I realised this bus is going the wrong way,” he said. He arrived at what he believed was an aquatic venue instead of the athletics event.

According to Parchment, officials on-site advised him to take another bus back to the stadium – an action he knew could have cost him the race.

“If I had done that, I wouldn’t get there in time to even warm up. I had to find another way,” he said.

He then crossed paths with Trijana Stojkovic, who was volunteering at the Olympics. She helped him find transport and gave him money to cover his fare.

Parchment made it on time to warm up and run, ultimately coming in first place and achieving his season’s best time at 13.04 seconds. 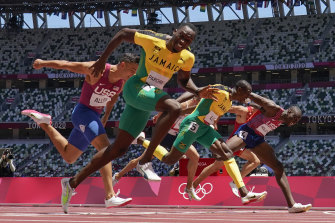 In the video, Parchment revisited the area where he first spotted Stojkovic days ago, telling her, “You were instrumental in me getting to the final that day”.

He showed her his gold medal. “Really, you got this?!” she replied, before asking to take a photograph of it. The two snapped a selfie together.

Jamaica’s Ministry of Tourism has since invited Stojkovic to the island.

Jamaican officials branded Stojkovic a good Samaritan and said an “official invitation” from the minister of tourism had been extended for her to visit.

On Tuesday, Stojkovic posted a selfie to her Instagram page that showed her wearing Parchment’s gift to her: a yellow Jamaican Olympic T-shirt.

Smiling at the camera, she described the present as the “perfect fit,” adding, “Thank you so much dear Hansle.”

Delighted with his win and his reunion with Stojkovic – whom he now considers a friend – Parchment left his fans with a message: “be grateful always”.

In need of some good news? The Greater Good newsletter delivers stories to your inbox to brighten your outlook. Sign up here.

12/08/2021 Sport Comments Off on A stranger helped a Jamaican athlete make his Olympic race. He won gold and tracked her down
Lifestyle