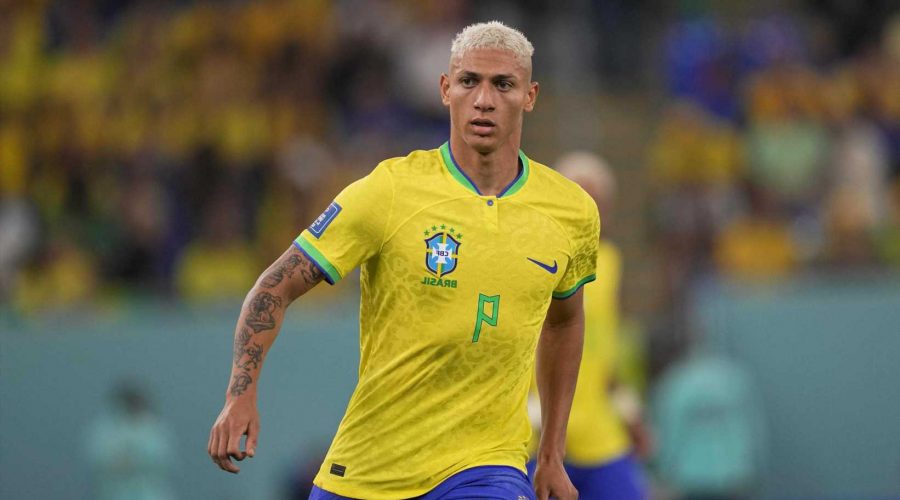 WE'RE officially in the nether zone.

This is always the most sobering part of a World Cup, when the daily games suddenly comes to a halt, leaving us all bereft.

Still, at least this pause gives Dream Team World Cup gaffers a chance to take stock and in the spirit of reflection, we've assembled an XI of the best performers at the tournament so far.

Belgium may have crashed out at the group stage but their world-class goalkeeper gave a good account of himself in Qatar.

Courtois claimed Star Man awards against Canada and Croatia, not forgetting a penalty save to keep the former at bay when it looked for all the world the North Americans would get something from the game.

The Real Madrid custodian racked up 28 points in three games which is still enough to make him the top performer in his position.

Croatia's Dominik Livakovic (£3m) is the best keeper among those still active in the tournament, he's on 21 points ahead of a daunting meeting with Brazil in the quarter-finals.

Morocco's Panenka hero has been talismanic for his side this winter.

Most read in Dream Team

Inarguably the best right-back on display, Hakimi has banked 29 points as a key member of an Atlas Lions side fulfilling the role of likeable underdog in Qatar. 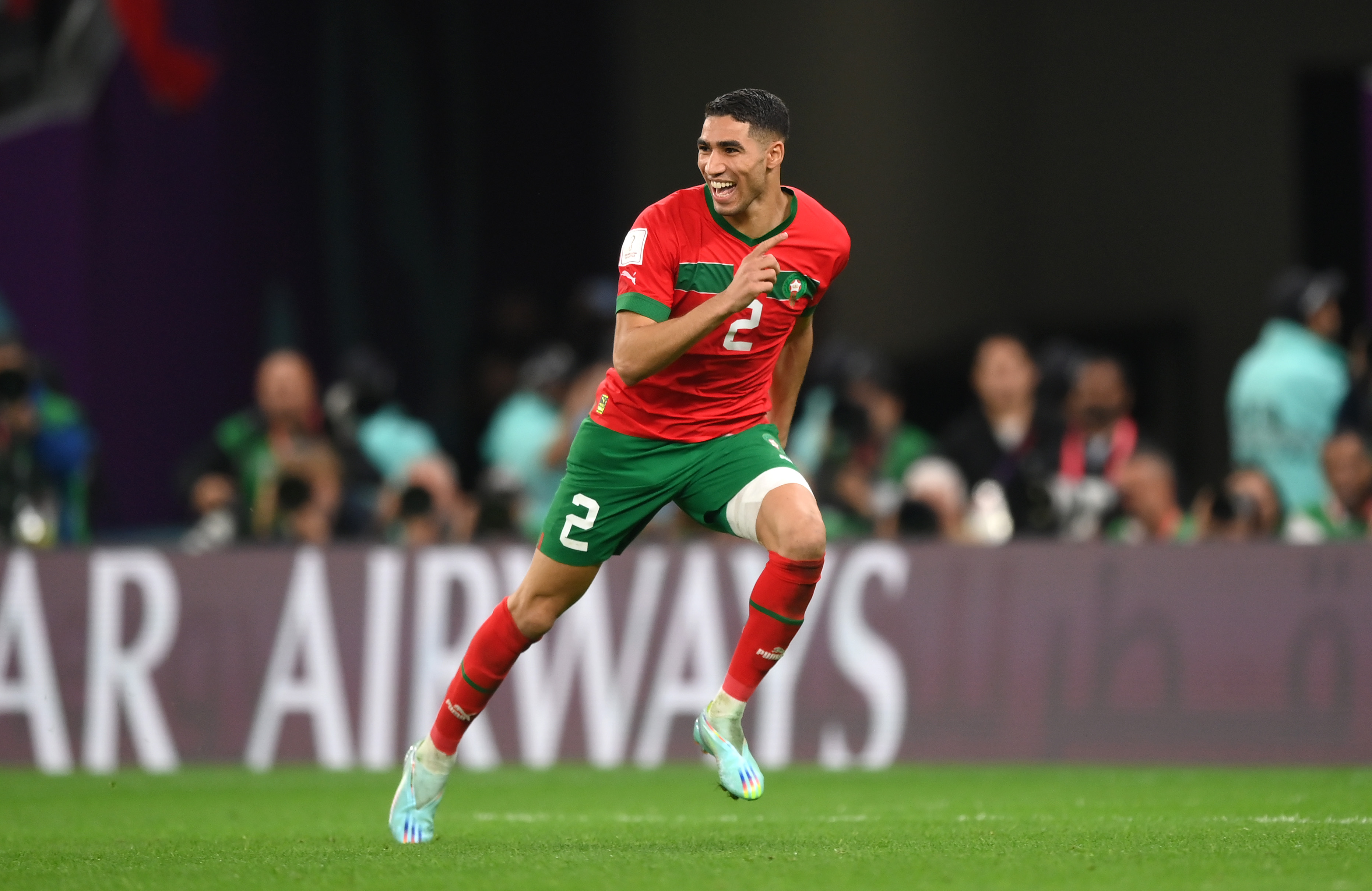 The PSG full-back is not top dog among defenders, however, that title belongs to England's No6.

Gareth Southgate's side have kept three consecutive clean sheets since shipping two late on against Iran and Maguire has been the primary beneficiary.

Many fans may have felt no individual deserved the Star Man award following England's drab 0-0 with USA but somebody had to get it and the Man United centre-back edged out his rivals to pocket a 13-point haul.

Add in an assist and four 7+ ratings and you arrive at Maguire's impressive tally of 33 points.

Blind was Netherlands' unlikely hero of the round of 16.

Operating as left wing-back, the 32-year-old scored one goal and assisted another as the Oranje booked their place in the last eight at USA's expense.

A massive match rating of 9.2 earned him the Star Man award, meaning he more than doubled his overall points total in one fell swoop – he's now on 28 points. 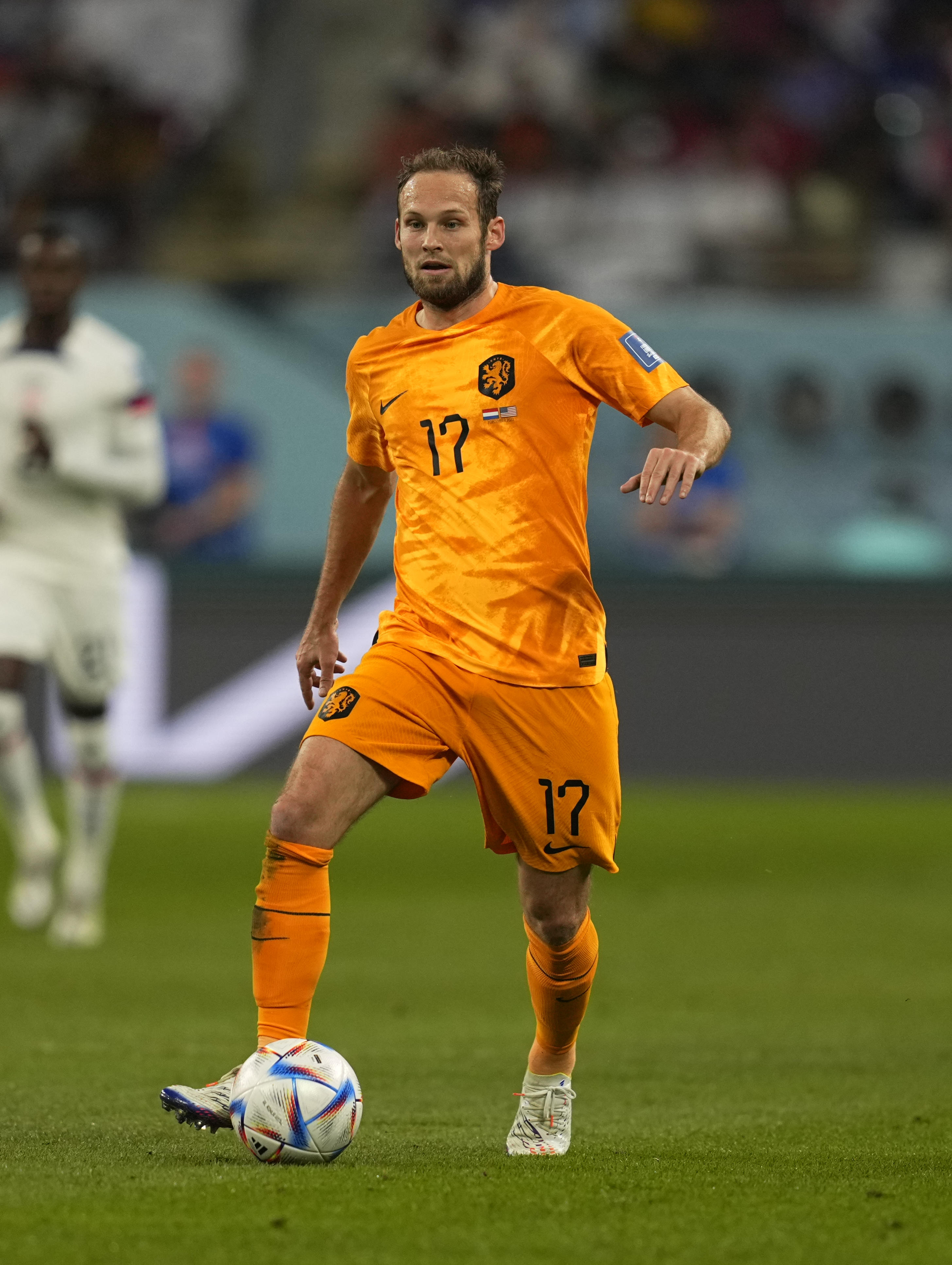 Alba completes our back four having accumulated 26 points during Spain's curious campaign.

Again, if you're not interested in eliminated players then Luke Shaw (£4m) is the replacement – England's left-back has 25 points.

With Cristiano Ronaldo (£7m) now a benchwarmer, the mantle of Portugal's talisman has defaulted from their No7 to their No8.

Fernandes has two goals, three assists and two Star Man awards from just three outings and already looks nailed on for a spot in the official Team of the Tournament.

His tally of 34 points makes him king among midfielders at this juncture. 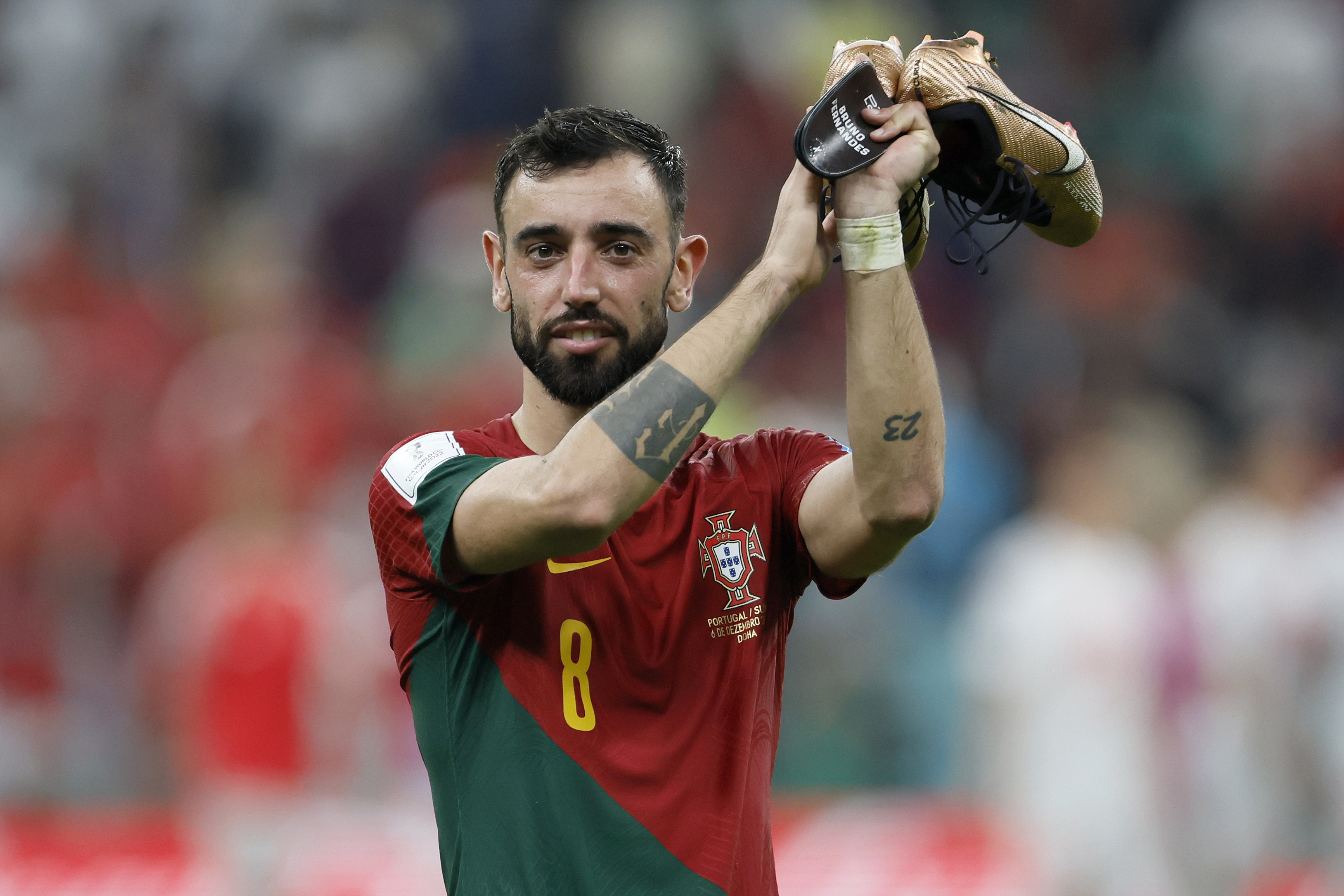 England's No17 is Fernandes' closest competitor having scored two goals against Iran plus a delicate finish to seal the victory over Senegal.

Saka (26 points) is one of SEVEN Englishmen on 20+ points heading into the quarter-finals – no other team can match that right now.

As a player who operates in a deeper role, De Jong isn't the type of midfielder who usually succeeds in the realm of Dream Team but he's earned his tally of 25 points through two Star Man awards and a rare goal against minnows Qatar.

The Dutchman has got Phil Foden (£5m) and Hakim Ziyech (£3m) breathing down his neck.

You know it's a star-studded forward line when Cody Gakpo (£4m) misses the cut on 32 points!

Brazil's No9 edges out the Dutchman by one point having scored three goals, earned two Star Man awards and provided one assist despite sitting out the final group game.

Gaffers who stayed cleared of Richarlison because of his Premier League form have been thoroughly punished. 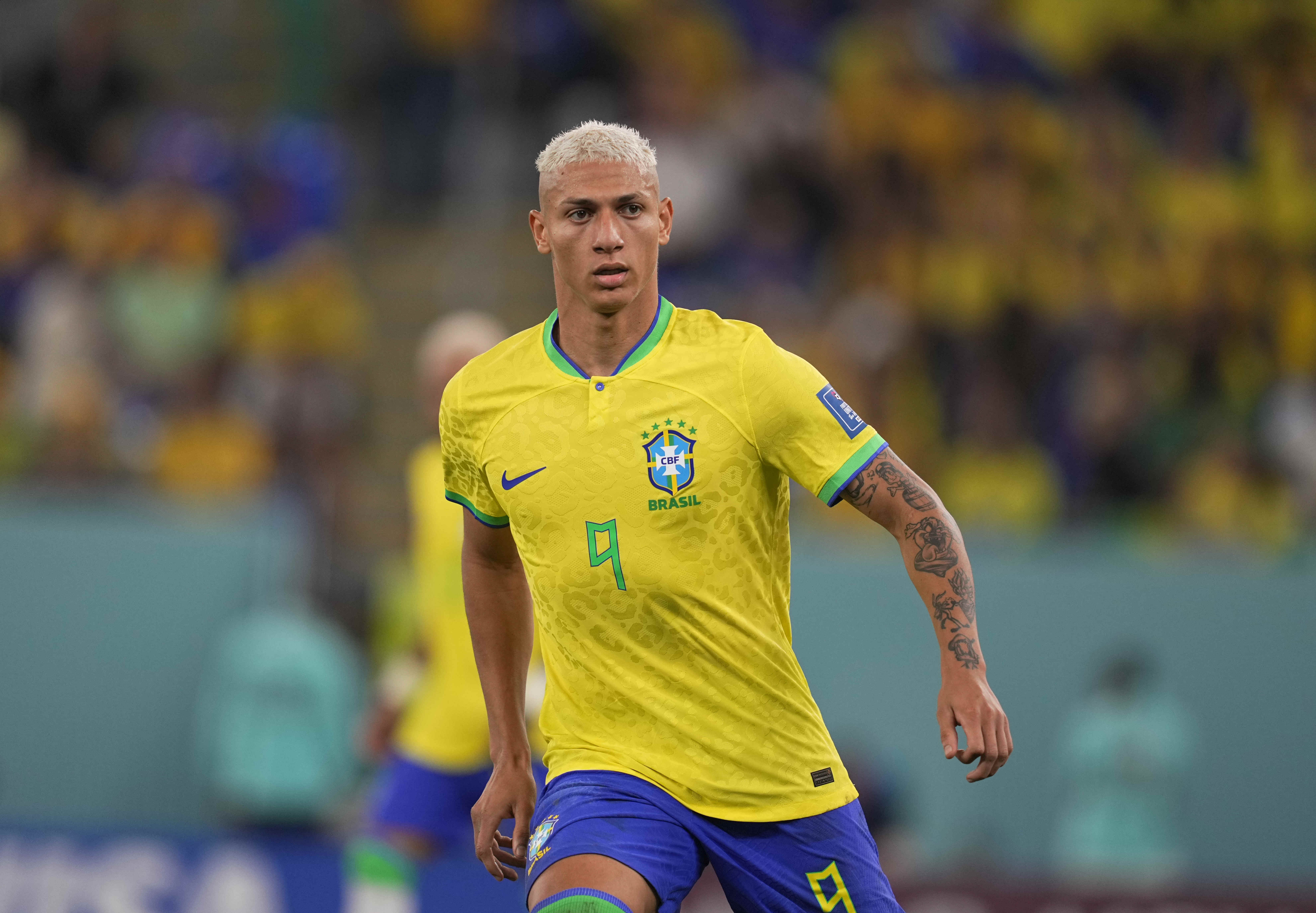 Argentina's captain is carrying the weight of his nation on his shoulders and so far he's hardly been hampered at all.

Sure, the Copa America champions slipped up against Saudi Arabia and Messi missed a penalty against Poland but his performances around those moments have been spellbinding at times – his tally of 36 points is only bettered by one man.

And that man is his PSG team-mate, France's 23-year-old sensation.

With five goals and two assists, Mbappe already has one hand on the Golden Boot and his Dream Team World Cup total of 48 points may already been unbeatable.

England will have their hands full on Saturday.