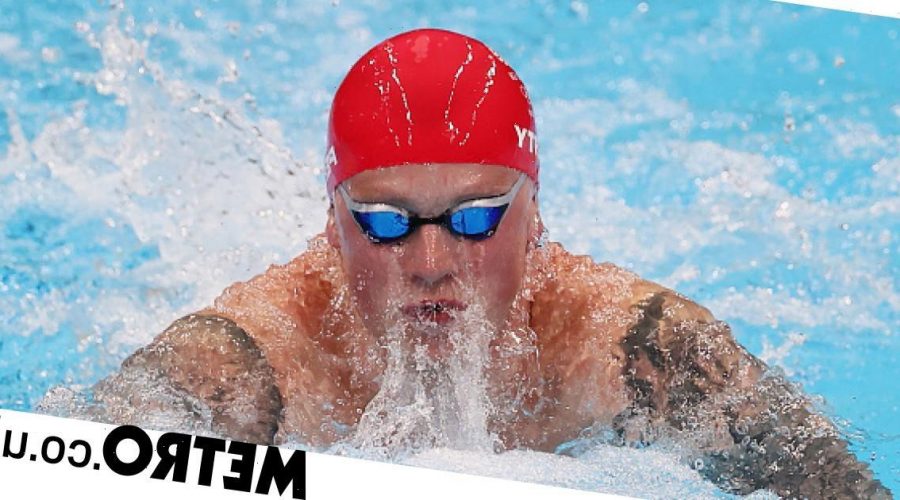 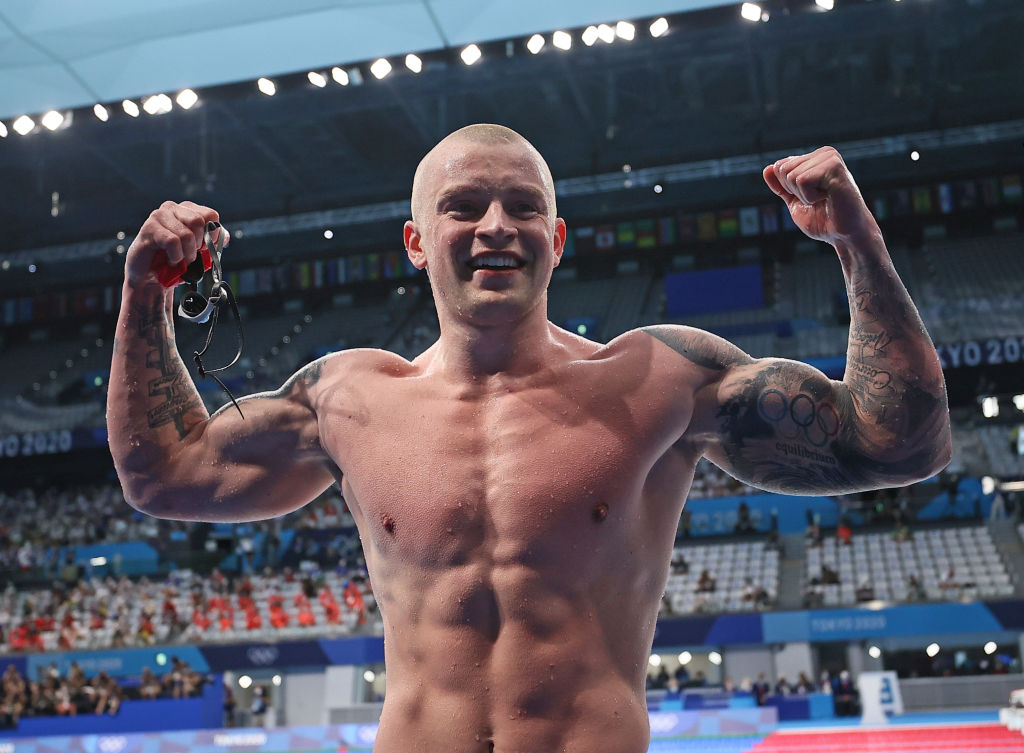 Adam Peaty became the first British swimmer to retain an Olympic title with a characteristically dominant display in the final of the men’s 100 metres breaststroke at the Tokyo Aquatics Centre.

While he was unable to break his own world record of 56.88 seconds, the 26-year-old from Uttoxeter stormed to Team GB’s first gold of Tokyo 2020 in a time of 57.37secs, with Arno Kamminga a distant 0.63s behind in second.

Nicolo Martinenghi collected bronze in a time of 58.33s as Peaty’s compatriot James Wilby missed out on a podium position, settling for fifth as he clocked 58.96s.

Peaty, who recorded the fifth fastest time in the history of the event, told the BBC: ‘I haven’t felt this good since 2016. It just means the world to me.

‘I didn’t have the best preparation of my life. But you throw that out the window. That’s really what it takes to be an athlete. It’s not who’s the best all year round, it’s who’s the best on the day.’

Watching on from the BBC studio, meanwhile, former Olympic champion Rebecca Adlington, who won two gold medals at the Beijing Games in 2008, was blown away by Peaty’s dominance and claimed she knew victory was in the bag from the moment the 26-year-old entered the water.

She said: ‘I did get a bit nervous, what a swim that was. I thought he looked a bit more nervous coming out.

‘But as soon as that gun went away he had a really good start and you know if he’s had a good start it’s going to go well.

‘He looked really comfortable down that first 50, just brought it back, kind of held on to it.

‘Kamminga was slightly coming back at him but who cares? It didn’t matter, he won. Just, Adam take a bow you are the only Brit to defend their title. What an achievement.’