THE Battle for the Ashes took a meaty twist when legendary cricketers from the bitter rivals took part in the ultimate test – to rustle up a top quality BBQ.

Ex-England captain Alec Stewart OBE and former Aussie fast-bowler Jeff Thomson brought their fiery rivalry into the culinary arena to decide who's king of the grill. 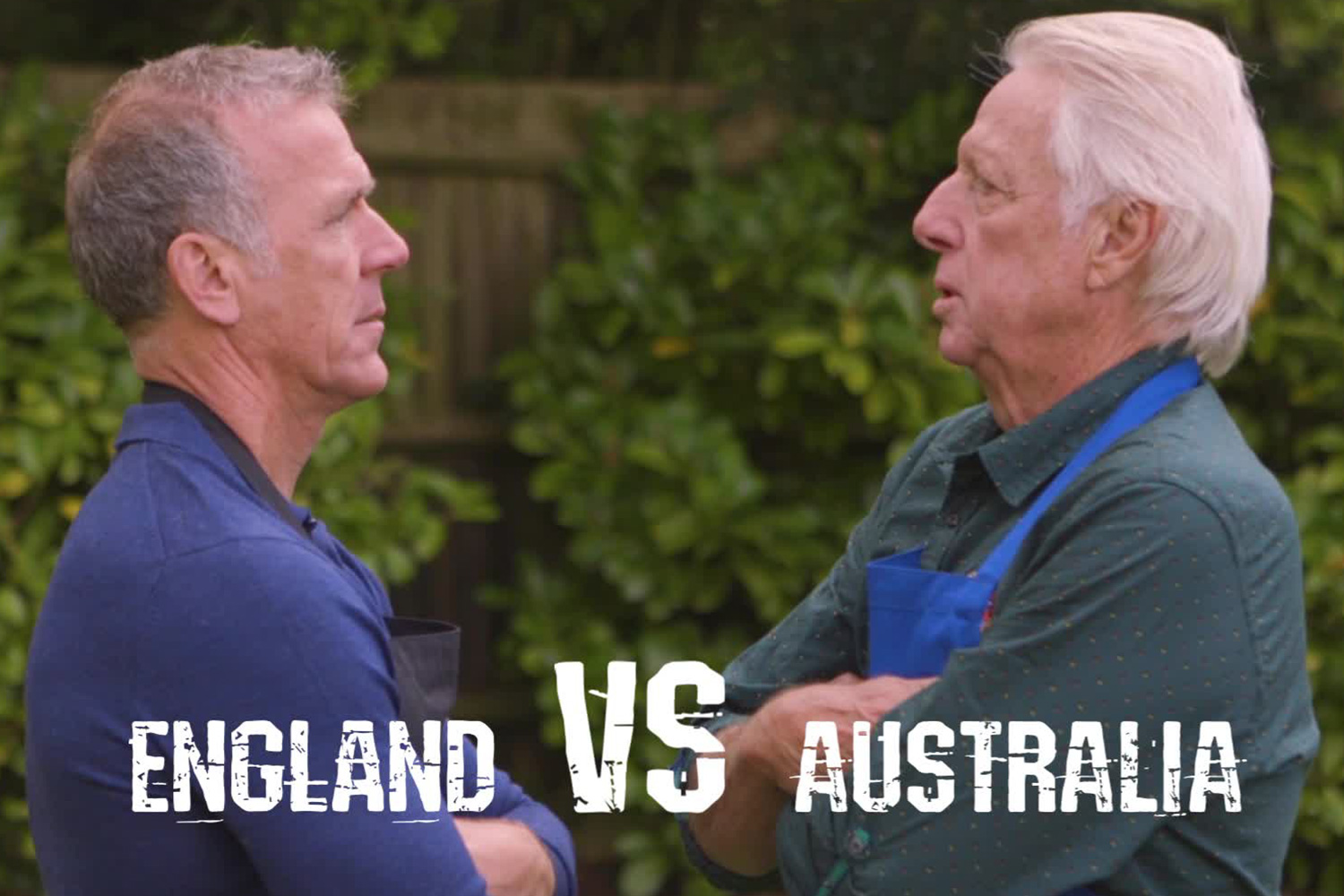 The two cricket icons were invited to the high-steaks cook off and pit their own signature BBQ dishes against one another at an Ashes themed garden party.

Stewart, who played for England from 1989 to 2003, and Aussie bowler Thomson – known widely as the fastest bowler in the world – didn’t mince their words as the temperature rose.

Each sportsman chose their own dish to prepare, with Stewart opting for a stacked burger, and Thomson choosing a traditional steak and prawn combo.

The pair’s efforts were overseen by professional chef Ashley Hatton, who holds the position of head of development at Michelin-starred Fat Duck Group.

In the interest of fair play, the competitors were given identical charcoal BBQs – a Hub from Heston Blumenthal’s Everdure collection.

Host of the sizzling face-off, Kettler garden furniture managing director, Paul Bevington said: “Rivalries on the cricket pitch have raged between these two great nations for more than 135 years.

“And with both nations partial to a BBQ, we thought it was time to take some of that head-to-head energy off the green and onto the grill to see who performs best when the heat is literally on.”

There was heated banter between the two cricket stars, with Thommo delivering a savage burn to Stewart’s overdone burgers: “That’s as close as you’re getting to the Ashes this summer.

Thomson seemed confident in his win, adding: “This will be an easy one for me being an Aussie. What chance have you got in a BBQ competition? We actually invented the things!”

But when it came to the taste test the Brits bowled a blinder, with Ashley Hatton praising Stewart’s juicy beef burger, while adding that Thommo’s steak looked “a little bit dry''.

The elated Stewart was awarded a BBQ edition replica of the Ashes cup to hoist.

Commenting on his triumph over the Aussie cricket legend, Stewart said: “The win was certainly justified.

“You look at class, you look at quality, and you look at the end product, and comparing my burger to Thommo’s steak? There really wasn’t a contest.

“It’s about winning, not about taking part.”

The next clash between England and Australia on the cricket pitch will take place on 1st August.

As of 2018, the tally of wins between the two nations over the Ashes stands at 33 wins to Australia and 32 wins to England.

For the last 30 years Kettler has been specialising in garden party products, creating practical, beautiful and versatile furniture.