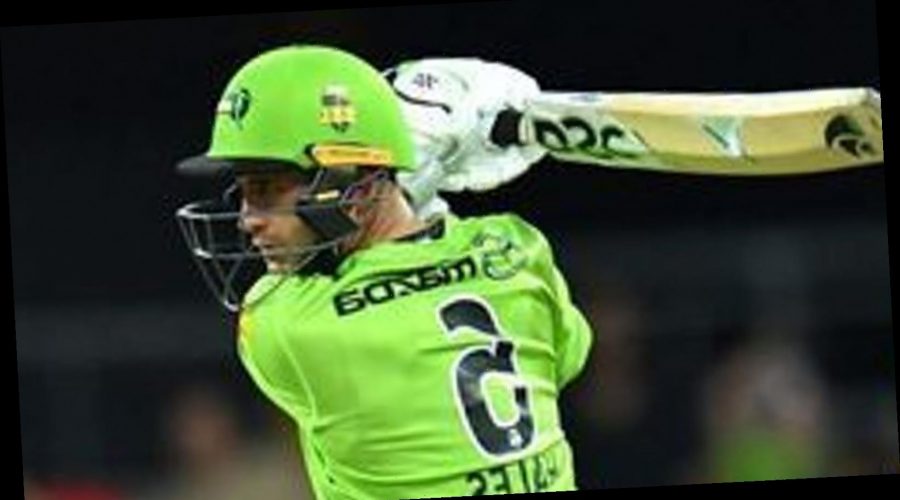 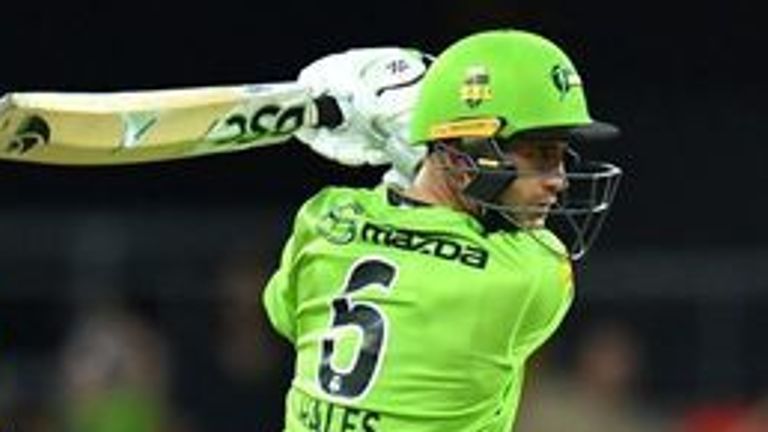 Alex Hales was in destructive form for Sydney Thunder once again in the Big Bash with his 19-ball 45 helping the side to a fifth straight victory and to the top of the table.

The Englishman had tonked 71 from just 29 balls against Melbourne Stars on Tuesday and followed that with another boundary-laden knock against Melbourne Renegades on New Year’s Day, with his innings containing seven fours and two sixes.

The 31-year-old struck four fours off Imad Wasim in the second over of Thunder’s initial pursuit of 167 for victory and then hit two sixes and two fours during Mitchell Perry’s first five balls of the fourth over.

However, with back-to-back half-centuries in sight, Hales then slapped a full toss from Perry to backward point and was dismissed, having scored all but seven of the runs in an opening stand of 52 with Usman Khawaja.

Rain cut Thunder’s chase short after 12 overs but with Hales’ fireworks, Khawaja (48 off 34) and a cameo from Sam Billings (10no off 10) having lifted the Sydney side to 117-2, they triumphed by seven runs on Duckworth-Lewis-Stern.

Thunder now top the standings on 19 points, three ahead of city rivals Sixers, who return to action against Brisbane Heat on Saturday. 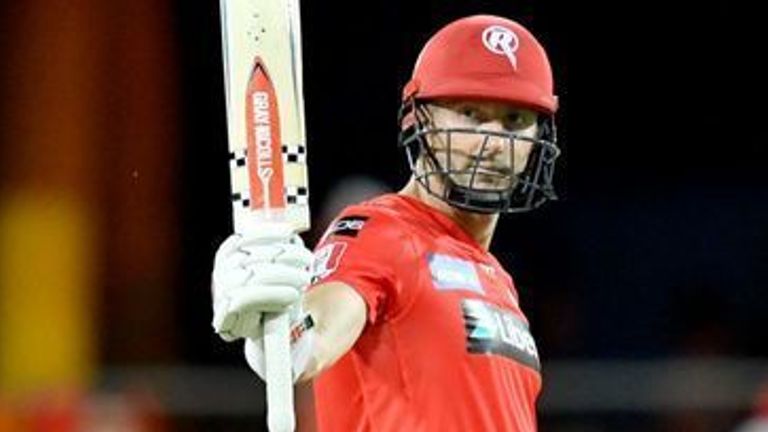 Renegades’ defeat was their fifth on the trot with the side winless since defeating Perth Scorchers in their opening game of the tournament and bottom of the table.

Friday’s loss was harsh on Shaun Marsh, who clubbed 87 from 48 balls, including five sixes and as many fours, as Renegades posted 166-6 after being inserted at Metricon Stadium.

Marsh’s half-century was his second in a row, having scored 67 against Sixers on Tuesday, while he has three fifties for the tournament after hitting 62 in that opening-game win over Scorchers.