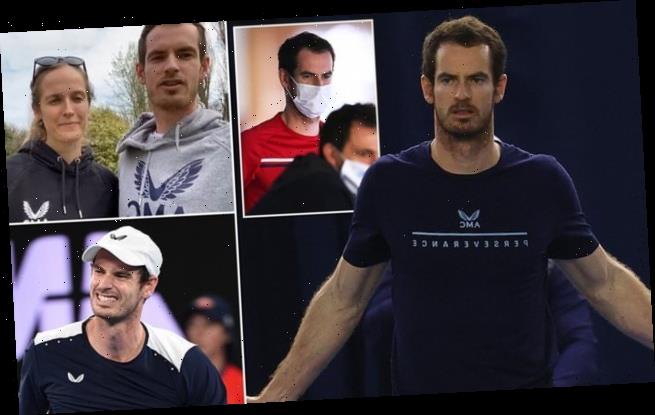 EXCLUSIVE: Andy Murray tests positive for Covid-19 days before he is due to fly to Melbourne for the Australian Open – and now faces a race against time to play in the season’s first Grand Slam

Andy Murray has tested positive for Covid-19, throwing his plans to travel to next month’s Australian Open into confusion.

Sportsmail understands that the twice Wimbledon champion, due to leave this week for Melbourne, returned the positive test several days ago but is believed to be only experiencing minor symptoms.

There has been a minor outbreak at Roehampton’s National Tennis Centre in the past week, where the bulk of his recent training has been done, with fellow British player Paul Jubb known to have also contracted Covid.

Murray, who believed he had caught the disease in the first outbreak during the Spring last year, is still holding out hope that he may yet be allowed to travel to the tournament, which begins on February 8.

He has already been self-isolating for several days and the Australian Open is trying to provide some leeway within its strict quarantine rules to get players and staff there. 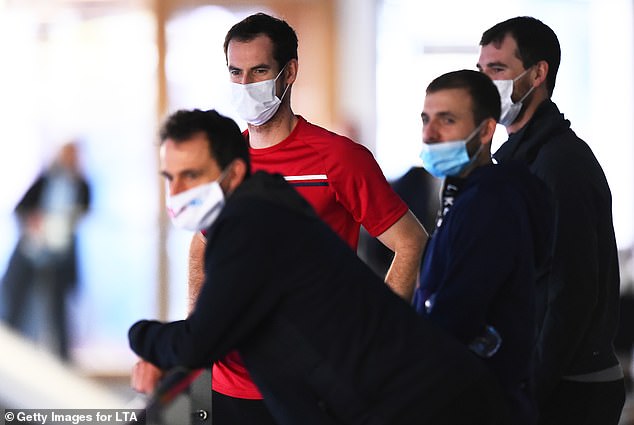 However, there seems no way that he will be able to join the current raft of charter flights that are in the process of leaving from the Middle East and Los Angeles this week and which include his fellow Brits.

Murray is desperate to return to the tournament where he has been a finalist on five occasions, and where it seemed his career would be over due to hip problems two years ago.

Ironically, after Christmas he withdrew from the first ATP event of the season at Delray Beach in Florida out of fears that it would increase his chances of catching Covid and jeopardise his trip to Australia. 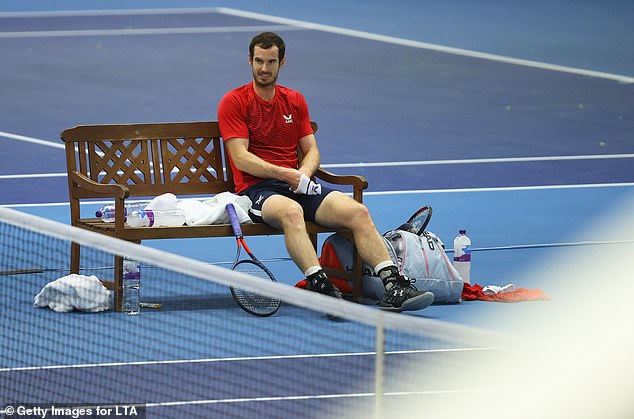 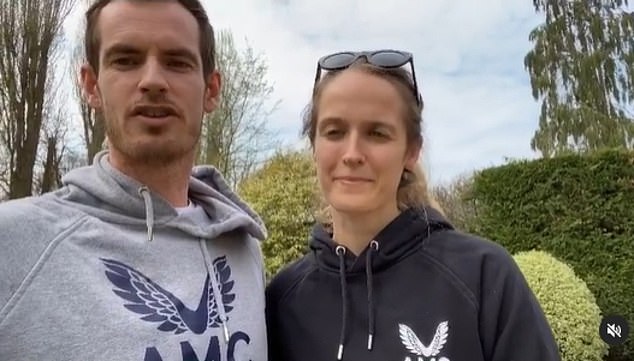 In the last week there has been a minor outbreak at Roehampton’s National Tennis Centre, where Murray (pictured with wife Kim) had performed the bulk of his training

Murray’s chances of making the trip seem to be improved by the fact that former quarter finalist Tennys Sandgren was given dispensation to travel last night from Los Angeles, despite having tested positive on Monday, having also tested positive in November.

Murray’s management confirmed the diagnosis on Thursday morning, and his currently at his home in Surrey. It was stressed that he would only travel when it is considered safe to do so, and that having had the virus and quarantined he would not be a risk.

The whole business of getting more than 1,000 tennis personnel to Australia is an enormously complicated matter, with specially laid on flights leaving in this current 48-hour period from Doha, Dubai and Los Angeles.

Nicolas Massu, the coach of US Open champion Dominic Thiem, appears to be in a similar predicament to Murray and is trying to find a way of getting to Australia after a positive test. 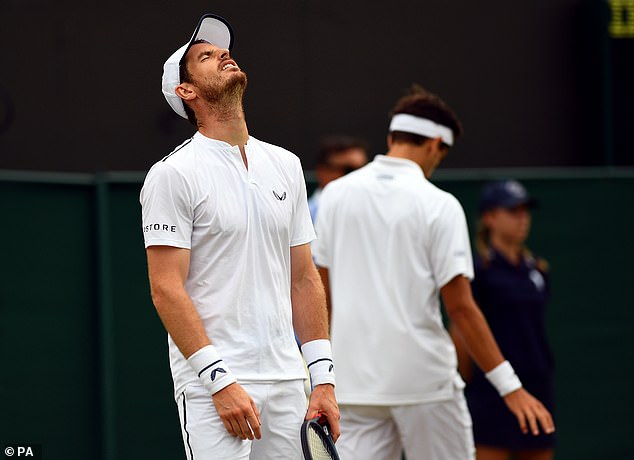 The British contingent of the likes of Dan Evans, Jo Konta and the freshly qualified Francesca Jones are leaving from Dubai in the next 24 hours.

Last April Murray gave an interview to CNN in which he expressed the belief that he may have been infected right at the start of the pandemic when there was no mass testing available.

‘I was a little bit sick for two or three days about four weeks ago,’ Murray said. ‘So actually, before the beginning of when the quarantine started, I was sort of isolating for probably four or five days before that.

‘Most people I’ve spoken to have had some sort of symptoms and felt a little bit sick, but it’s quite difficult to know whether you have actually had the virus or not.’

Murray obtained his spot at the Australian Open after being handed a wildcard and has been working on a grueling schedule following his return to the courts in the aftermath of his resurfaced hip operation. 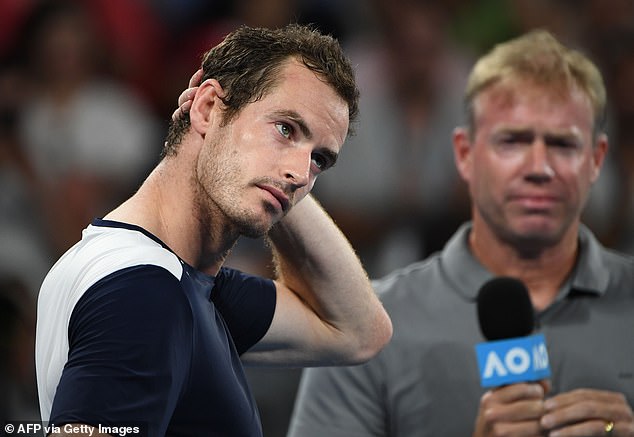 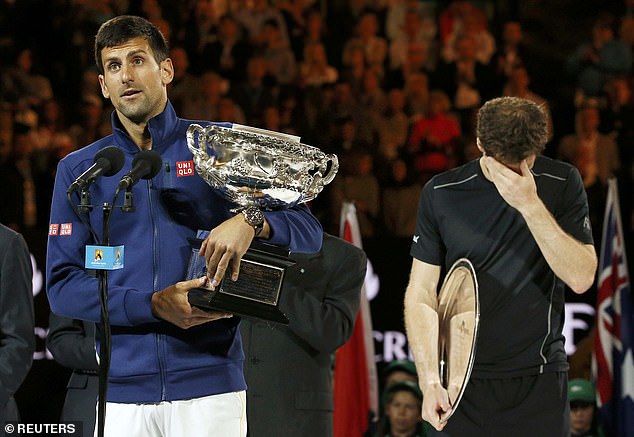 ‘We welcome Andy back to Melbourne with open arms,’ Tournament Director Craig Tiley said upon the announcement of the Brit’s wildcard.

‘His retirement was an emotional moment and seeing him come back, having undergone major surgery and built himself back up to get on to the tour again, will be a highlight of the Australian Open.’