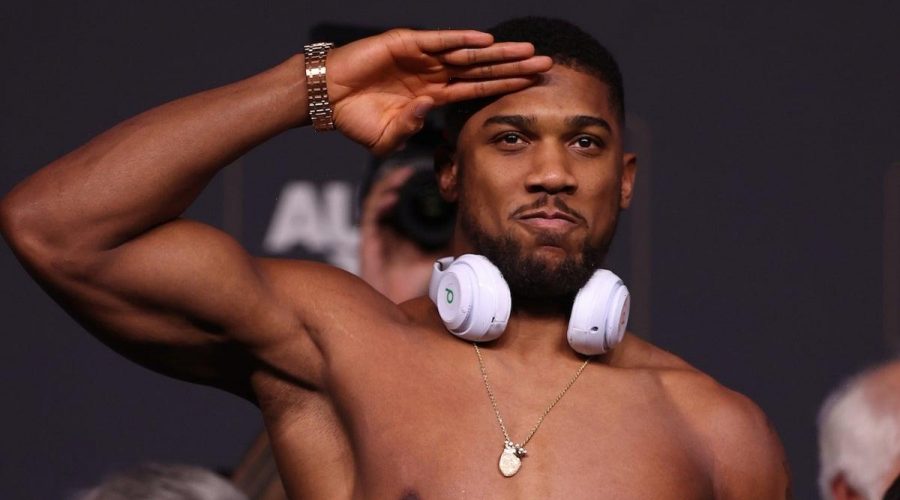 Anthony Joshua recalls nights out in Tottenham as a kid

Anthony Joshua is no stranger to scrapping in Tottenham of a Saturday night although his world heavyweight title defence against Oleksandr Usyk this weekend might be the first time he has done it sober.

The Watford man puts his IBF, WBA and WBO belts on the line against the Ukrainian challenger at the Tottenham Hotspur Stadium just a mile up the High Road from the place he and his old amateur tea-mates would blow off steam at the weekends.

The Opera House nightclub was one of the most well-renowned nightclubs in the area and Joshua and the other Finchley boxers would head there en masse from across north London, fuelled by cheap cider and brandy.

“When we were boxing we would train Monday, Wednesday and Friday and we would all go out on the weekend. It was serious but it’s not serious, it was only amateur boxing to a degree.

“He would say, ‘they’re round the corner, there’s one of them walking down there’. We was always on top. So yeah Opera House, due to the fact we knew a bouncer there.

The death of the bouncer-coach that Joshua speaks of, Colin Webster, due to Covid, will bring a poignant edge to the world heavyweight champion’s return to Tottenham.

“But the setting provides an astonishing snapshot of just how far the 31-year-old has come.

It is well over a decade since those days and the Opera House has long since closed down but Joshua will reflect on his old trips to Tottenham as he waits to ringwalk at the state-of-the-art new stadium on Saturday night. 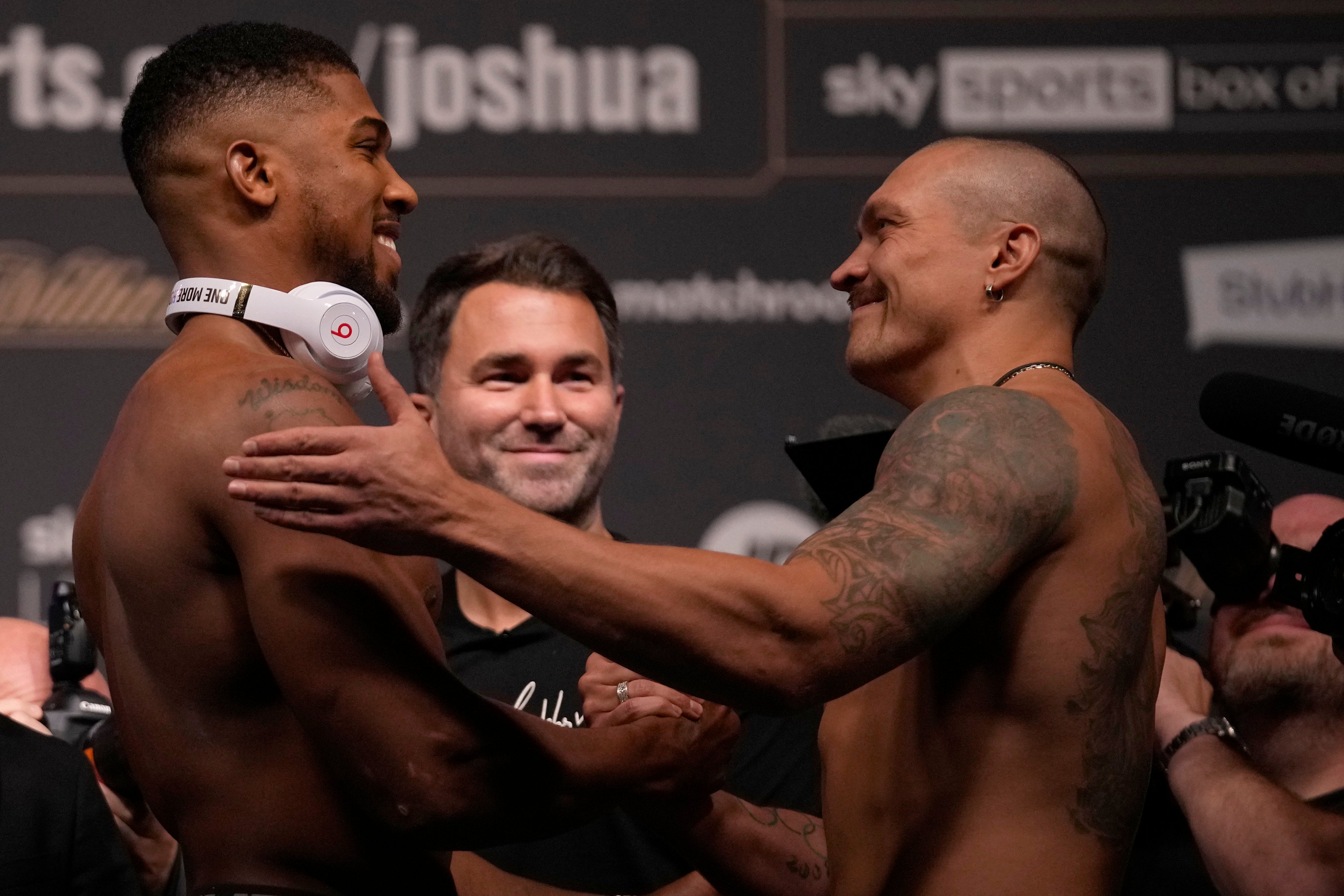 Joshua and Usyk exchange pleasantries at the weigh-in

“I was one way living a certain life and then I found boxing, my whole world flipped on its head. When I got into boxing, it happened so quick.

“I can stand on a corner like I’m a normal person so it’s not like I’m some celebrity superstar going ‘Oh my God stay away, I’m not used to all this’.

But for the past weeks and months, Joshua has been hidden away in training camp and has for the first time even stayed away from his family and young son JJ.

“During camp I didn’t see him for maybe two and a half months,” Joshua said. “That’s the longest I’ve ever gone without seeing him.

“But it’s going to be like that now. As you move up the ladder in boxing you can tend to slip, because you kind of tick the box and it’s like I’ve achieved what my tick list was.

“But for me, as the years go on I tend to become more disciplined rather than go the opposite way. So I’m going to keep on trying to improve and that’s little things like cutting out the driving on the way home so I can rest on the weekends properly.

“Because when you come home there’s always stuff that you’ve got to do.”

Joshua Jr is now five years old and ever more aware of what his dad does for a living – not that he seems to care.

“I don’t think he is interested in boxing or sport yet,” Joshua says. “He likes motorbikes.

“He’s actually just quite independent. He doesn’t hold my leg and be like ‘Daddy!’ He’s smart, though, a very smart boy. 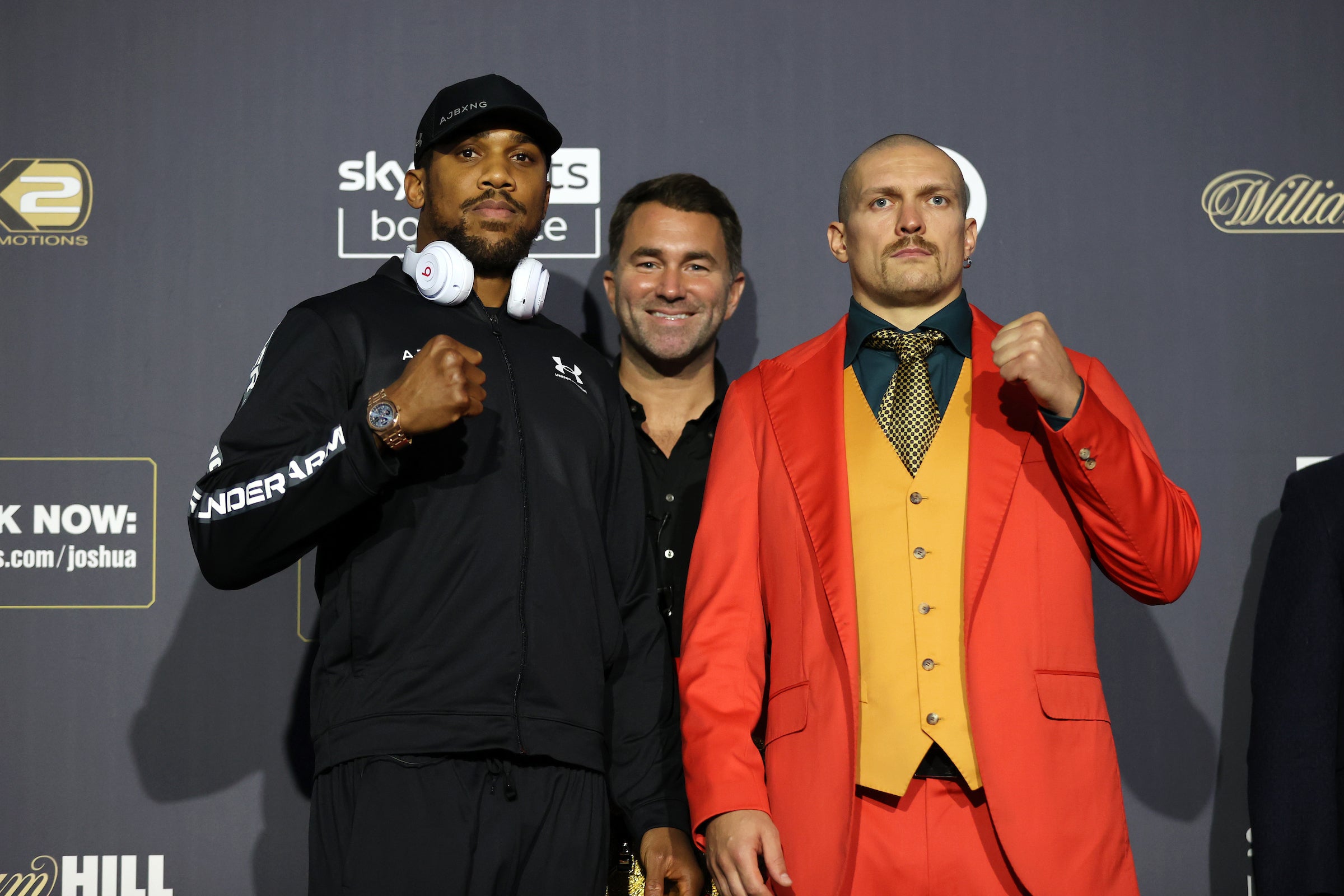 “I didn’t really see my family and stuff, my boy, over that period. But sparring partners do it, they are away from their family. So why shouldn’t I?

“I’m more on fighting, do you know what I mean? So I just made that commitment to live an actual boxer’s life.”

Those trips to Tottenham have certainly changed.

“So one of the coaches at Finchley was a bouncer there,” recalls Joshua. “When you go somewhere, you need to know you’re going to get in. “We would still go out and have a few drinks and that. We’d drink Courvoisier, 20/20, cider, that £2 drink – the white lightning one – and drink that in the car.

“I was in the passenger seat. I would stand propped up in the queue saying ‘Yeah I’m alright bouncer!’” Asked if he they ever encountered any trouble, he said: “We are all boxers, you can’t really fight us. There were 10 of us going out.