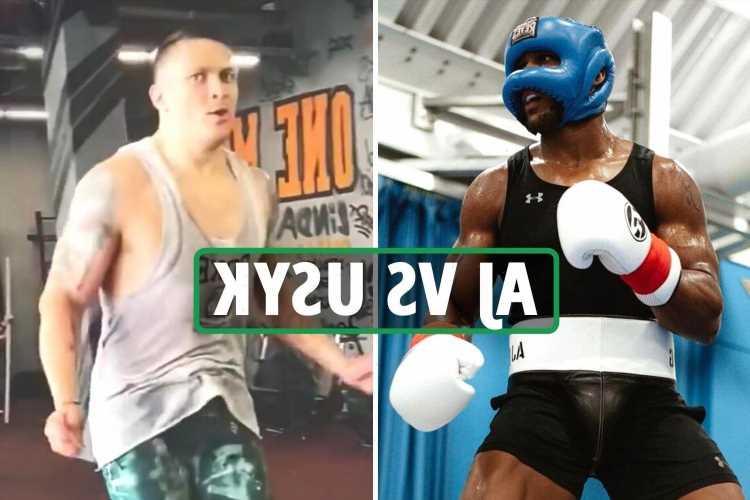 ANTHONY JOSHUA will defend his world heavyweight titles against unbeaten Oleksandr Usyk in a huge showdown THIS WEEKEND.

AJ, 31, saw talks for his big fight with Tyson Fury collapse and now takes on No 1 contender Usyk instead in North London. 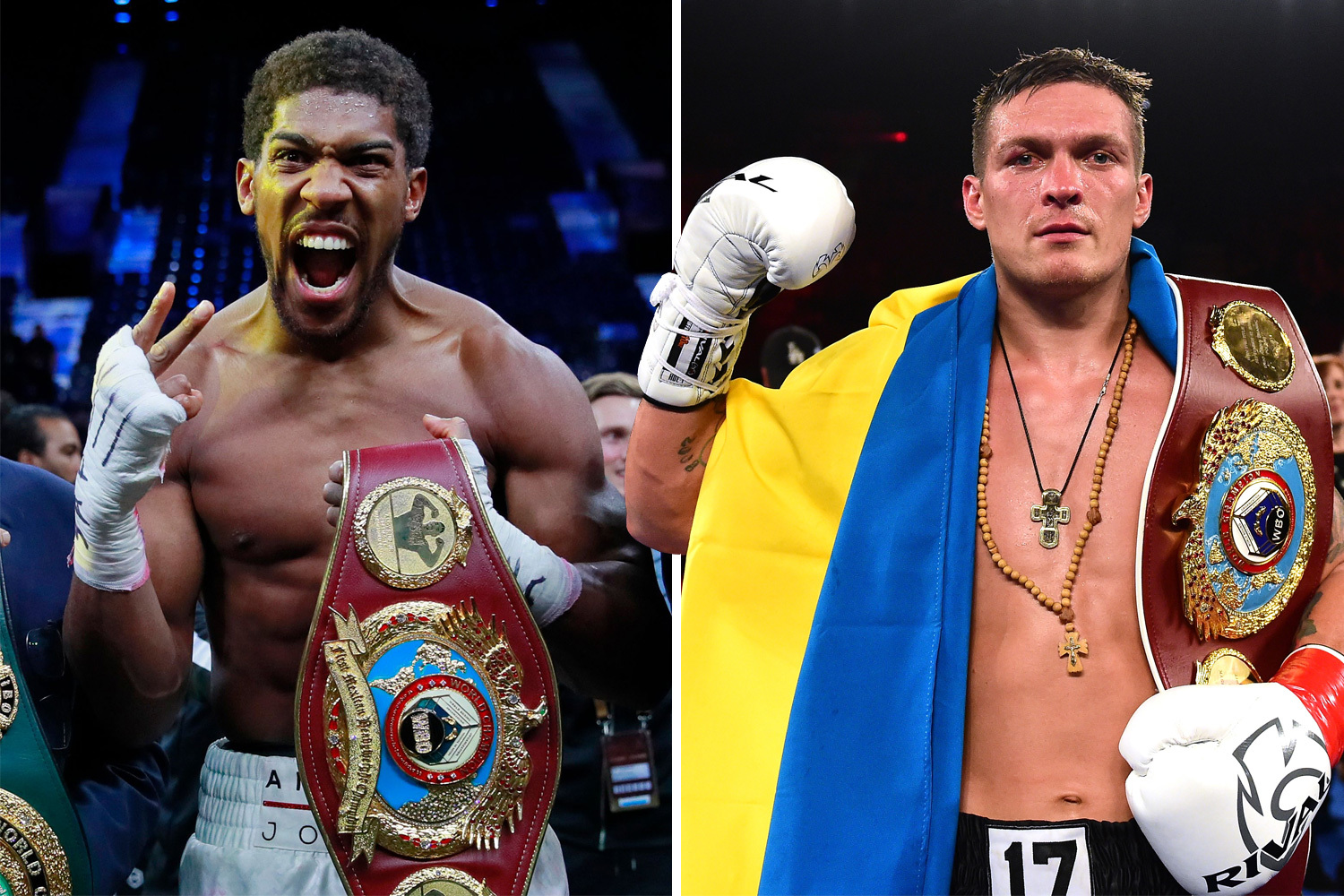 When is Joshua vs Usyk and what time is fight?

Eddie Hearn his stated his belief that the fight will start bang on ten this time around, in contrast to most AJ bouts which end up commencing at closer to 11pm.

He said: "AJ's ringwalk will probably be around 10pm, that's reasonably early.

"And I believe the broadcast will start around 7pm. So that will be five fights and then Anthony Joshua"

What TV channel and live stream is it on?

The confirmed fights for the Joshua vs Usyk undercard are as follows:

How the fighters compare 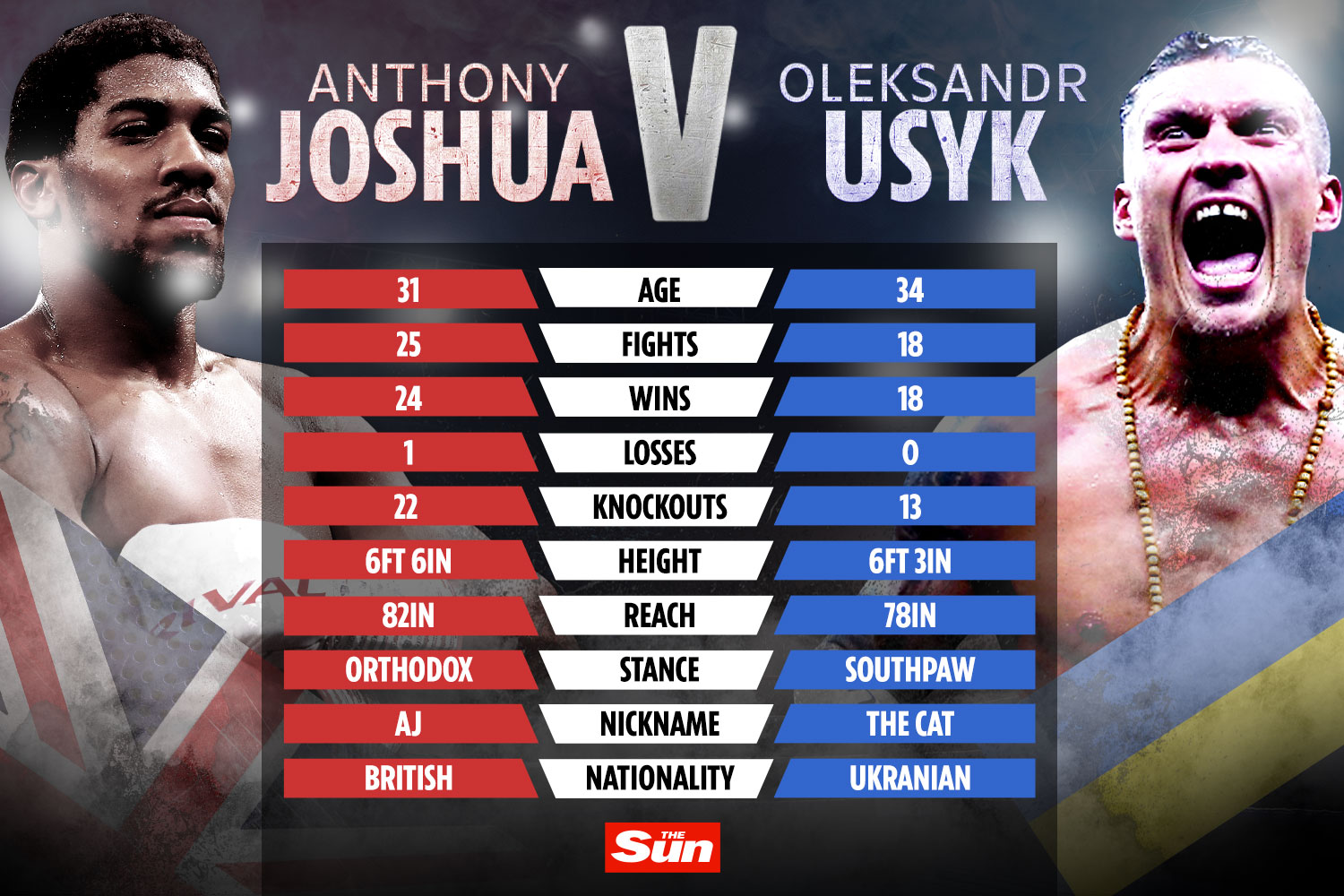 Joshua: "I wanted to go like August but change of opponent, completely different style, the team said push it back a little bit, prepare properly.

"This is a fight I need to win because I was at the final destination on that road to undisputed but now we have a pit stop we have to make with Usyk."