ANTHONY YARDE announced himself back on the British boxing scene with the first stoppage of Dec Spelman’s career.

The 29-year-old went to Russia in August 2019 and came up short in a light-heavy world title shot against Sergey Kovalev. 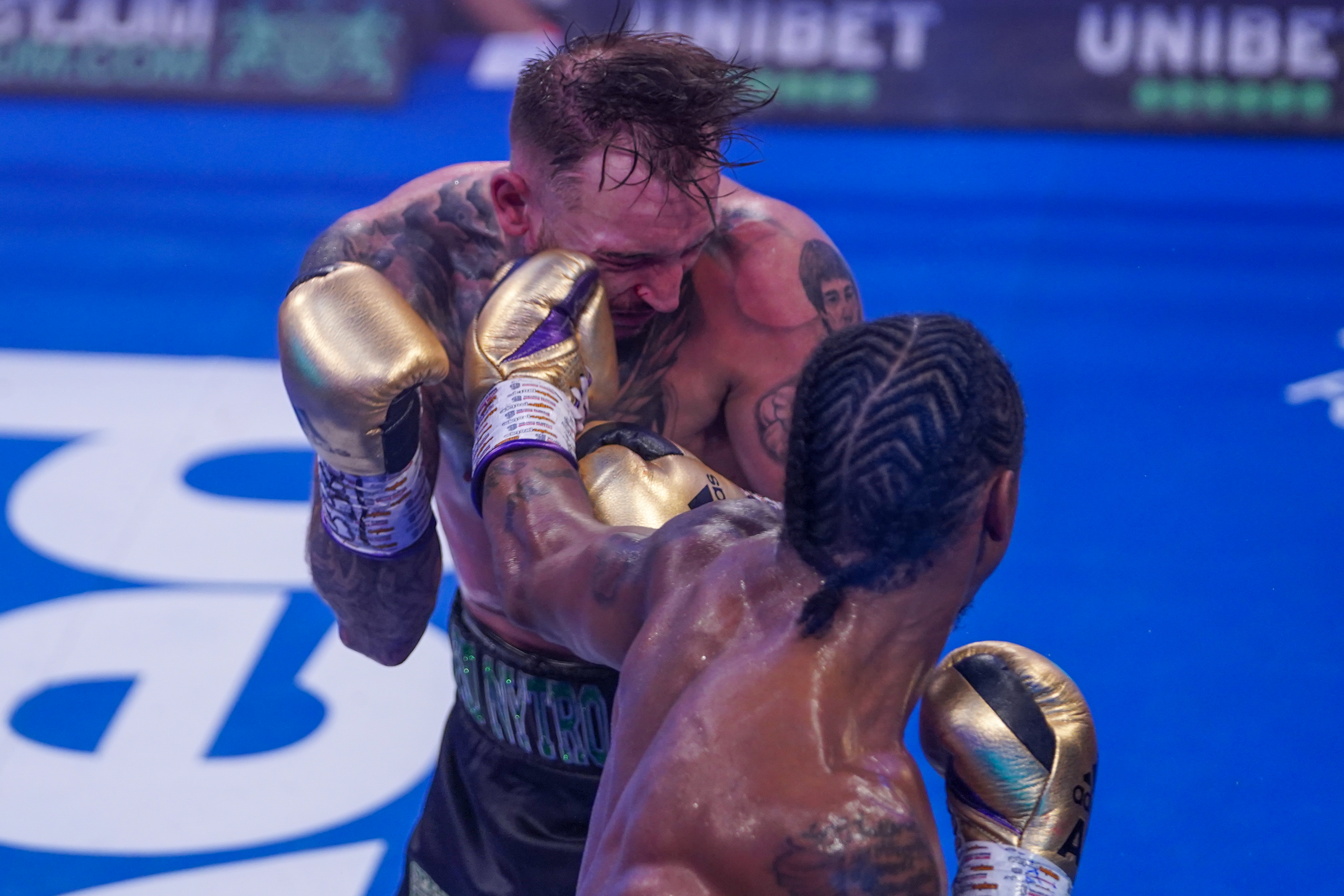 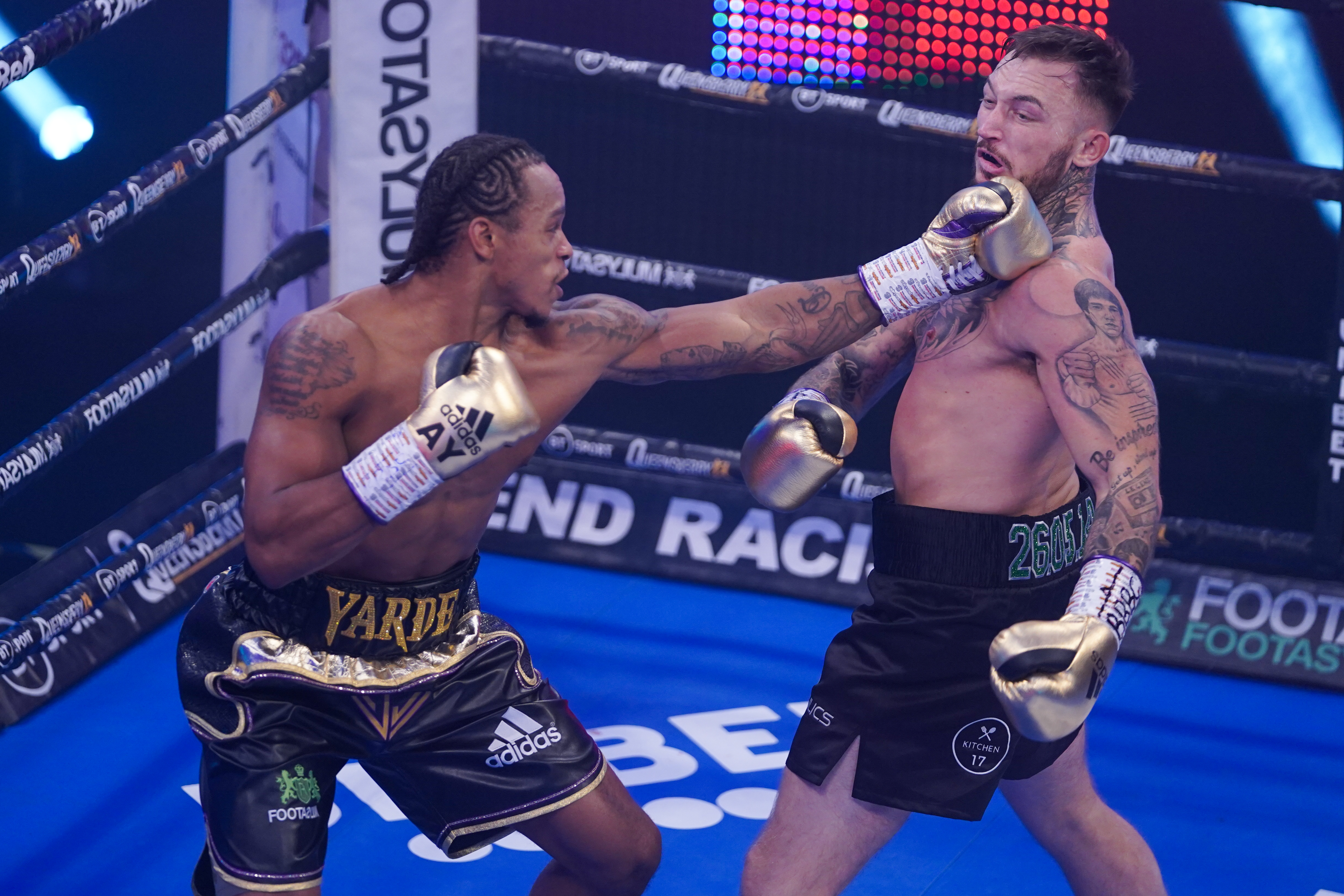 He enjoyed a Spanish tune-up win in February but was back in his East London home on Saturday night to take his record to 20-1 against rock-hard Spelman.

Yarde was missing his range in the opener, hurling two massive haymakers high and wide of his heavily-tattooed target.

Part-time builder Spelman laid down some good foundations with a right hand that had trainer Carl Greaves cheering through his mask.

The second came and went with minimal fanfare – much like the last tube – as the catchweight bout creeped painfully toward Sunday morning.

Scunthorpe’s Spelman landed with a left hook in the third but his nose was leaking blood by then from one of Yarde’s increasingly more accurate digs.

Ilford ace Yarde was growing in confidence and precision by the fourth and his chopping right hands and uppercuts were slicing through Spelman’s guard more frequently.

And three hooks to Spelman’s ribs at the end of the session echoed around the Bethnal Green arena.

Spelman entered York Hall with four defeats but none inside the distance and he felt Yarde’s profile was built on hype more than power.

But he was on the end of several savage shots in the sixth and was finally dropped by a brutal right hand around his left ear.

Referee Michael Alexander waved it off and Spelman was furious at suffering the first TKO of his career.

But Yarde was too busy leaping onto the ropes to yell his “Lions in the camp” catchphrase before moving on to hunt his next victim. 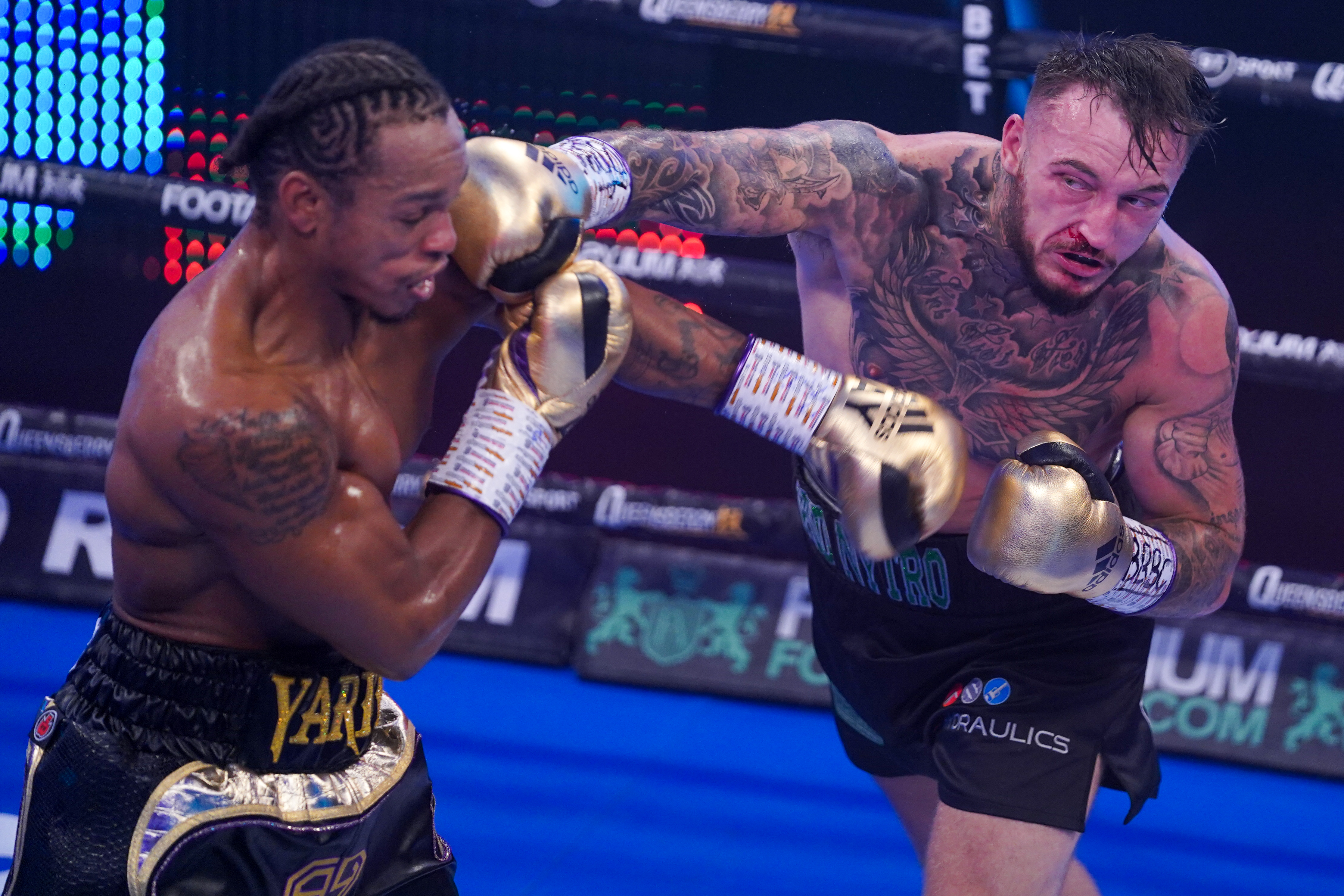