AS Aaron Ramsey waved a final goodbye to a half-empty Emirates, Arsenal fans were left wondering how on earth their team will replace him next season.

The Welsh international has kicked his last ball for the Gunners after tearing a hamstring during last month’s Europa League quarter-final against Napoli. 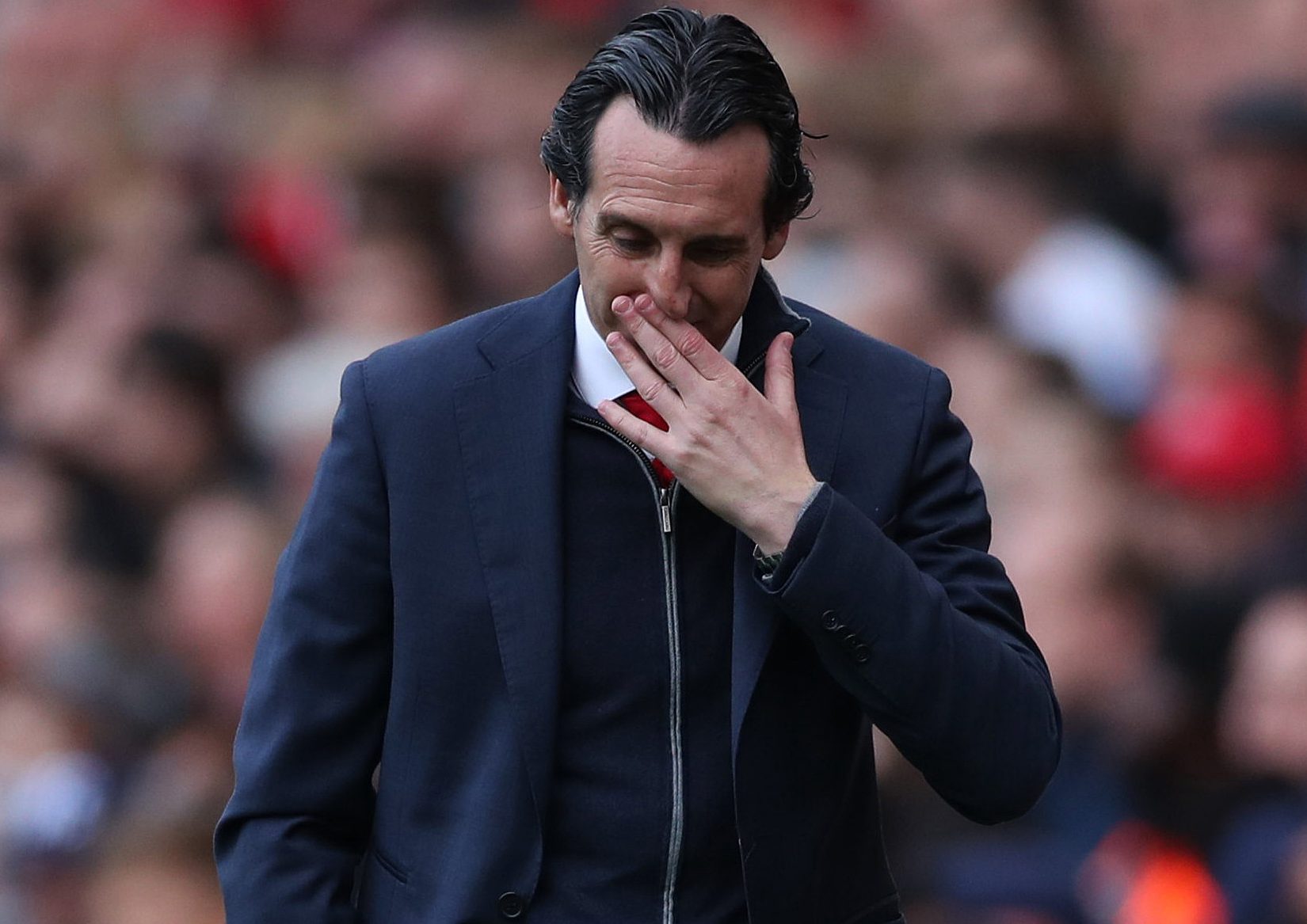 It is still hard to believe that Unai Emery did not think that Ramsey deserved a new contract and is allowing him to leave as a free agent.

Because finding another box-to-box midfielder of his quality is going to cost Arsenal at least £40millon.

But they simply won’t have that kind of money to spend if they miss out on Champions League qualification for a third successive year.

They still have the possibility of gaining entry by winning the Europa League, but a top four finish is now once again beyond their reach after this latest defensive meltdown.

And while you could argue that Arsenal have marginally improved under Emery this season, the fundamental weaknesses which undermined Arsene Wenger’s final years remain.

Even against a team as toothless as Brighton, they still look capable of conceding at any moment.

And it came as no surprise when Granit Xhaka brought down the flying Solly March to allow Glenn Murray to level from the spot and guarantee Champions League qualification for Spurs and Chelsea.

It means they for the first time since 1984 Arsenal have now conceded 50 League goals for a second successive season.

That is why the bulk of Emery’s summer budget will be reserved for the defensive overhaul his squad desperately needs.

The fact that Shkodran Mustafi has started more Premier League games than any other Arsenal player this season says it all.

Then we had the embarrassment of Sokratis being booked for diving and Stephan Lichtsteiner trying to get Yves Bissouma sent-off for the merest brush in the face.

Nacho Monreal was just as quick to hit the deck to win his team’s highly dubious early penalty.

So it was probably a good job that Brighton only had 35-year-old Glenn Murray up front because it was hard to recall Arsenal ever fielding a slower back four than they had out here.

Of course Arsenal have been unfortunate to suffer long-term injuries to Hector Bellerin and Rob Holding.

They were further handicapped this afternoon by the absence of the suspended Ainsley Maitland-Niles’ and the rested Laurent Koscielny.

That meant the captain’s armband being handed to Mesut Ozil in an attempt to prise a shift from the languid playmaker.

Yet even playing in his favoured number ten role at the tip of a midfield diamond, Ozil was still unable to influence proceedings.

How Emery could have done with Ramsey’s drive and urgency to propel his team forward.

But that particular ship has well and truly sailed and now Arsenal have to look elsewhere for their inspiration. 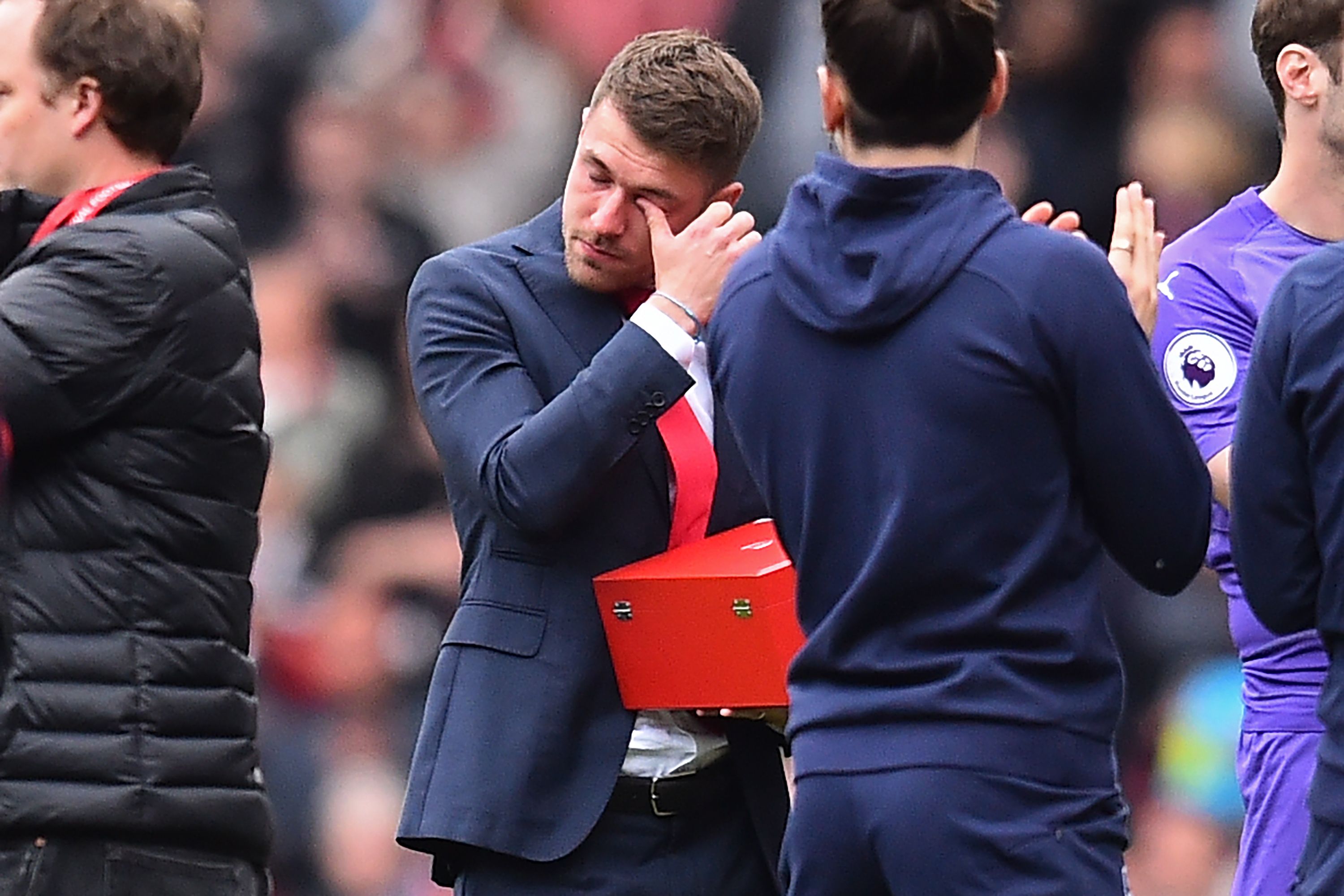 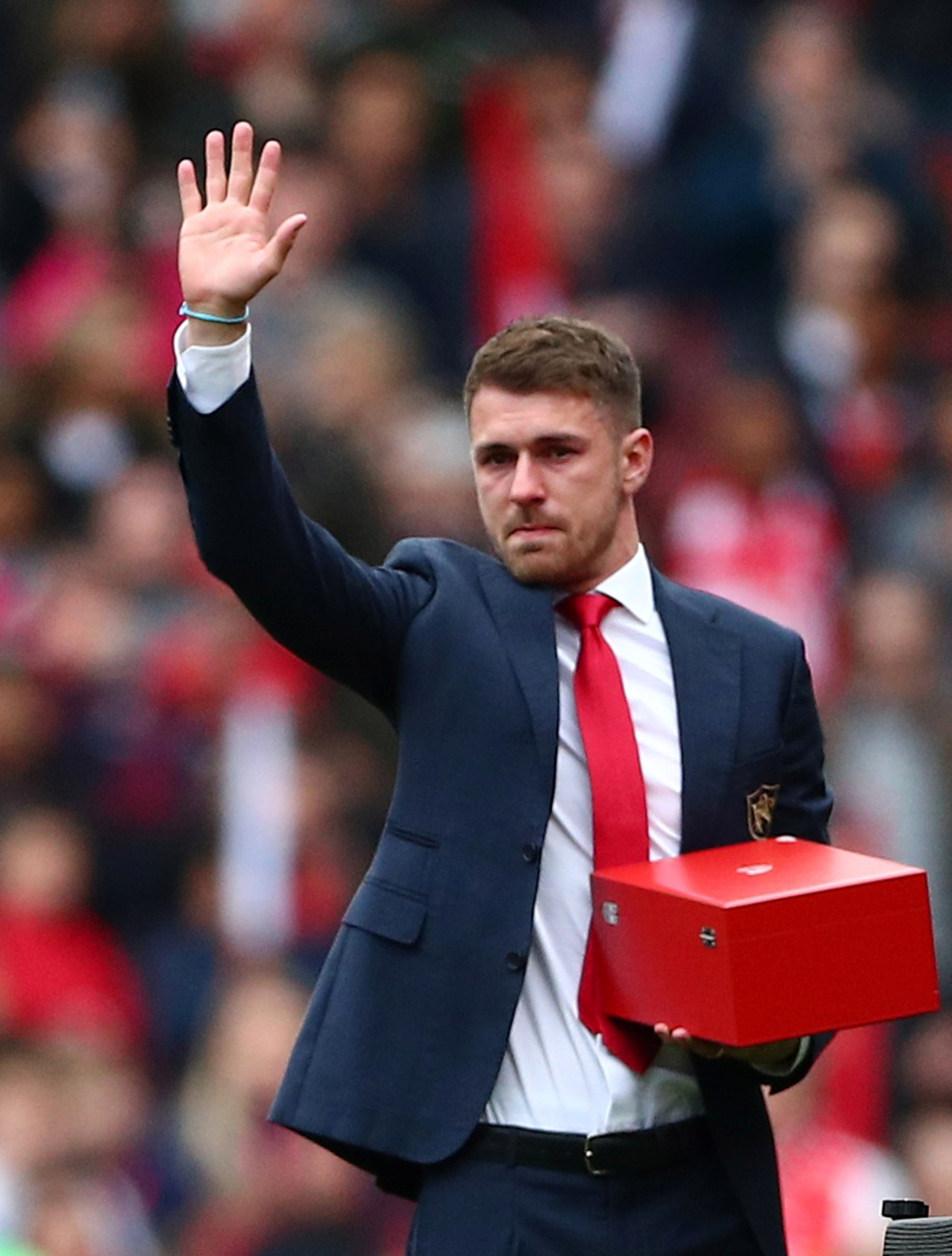