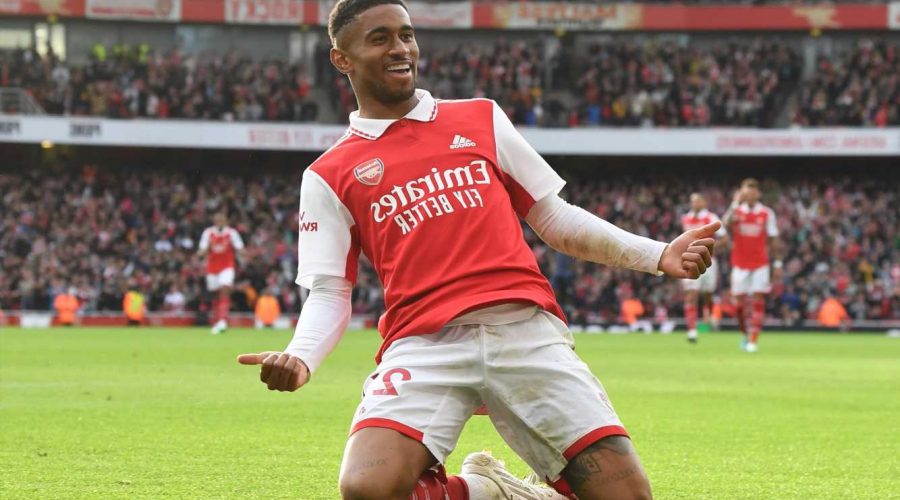 REISS NELSON has been gifted a box of Prime energy drinks by KSI – while his club continue to sell the beverage at a bargain price.

The Arsenal star, 22, took to Instagram amid his club's extraordinary season. 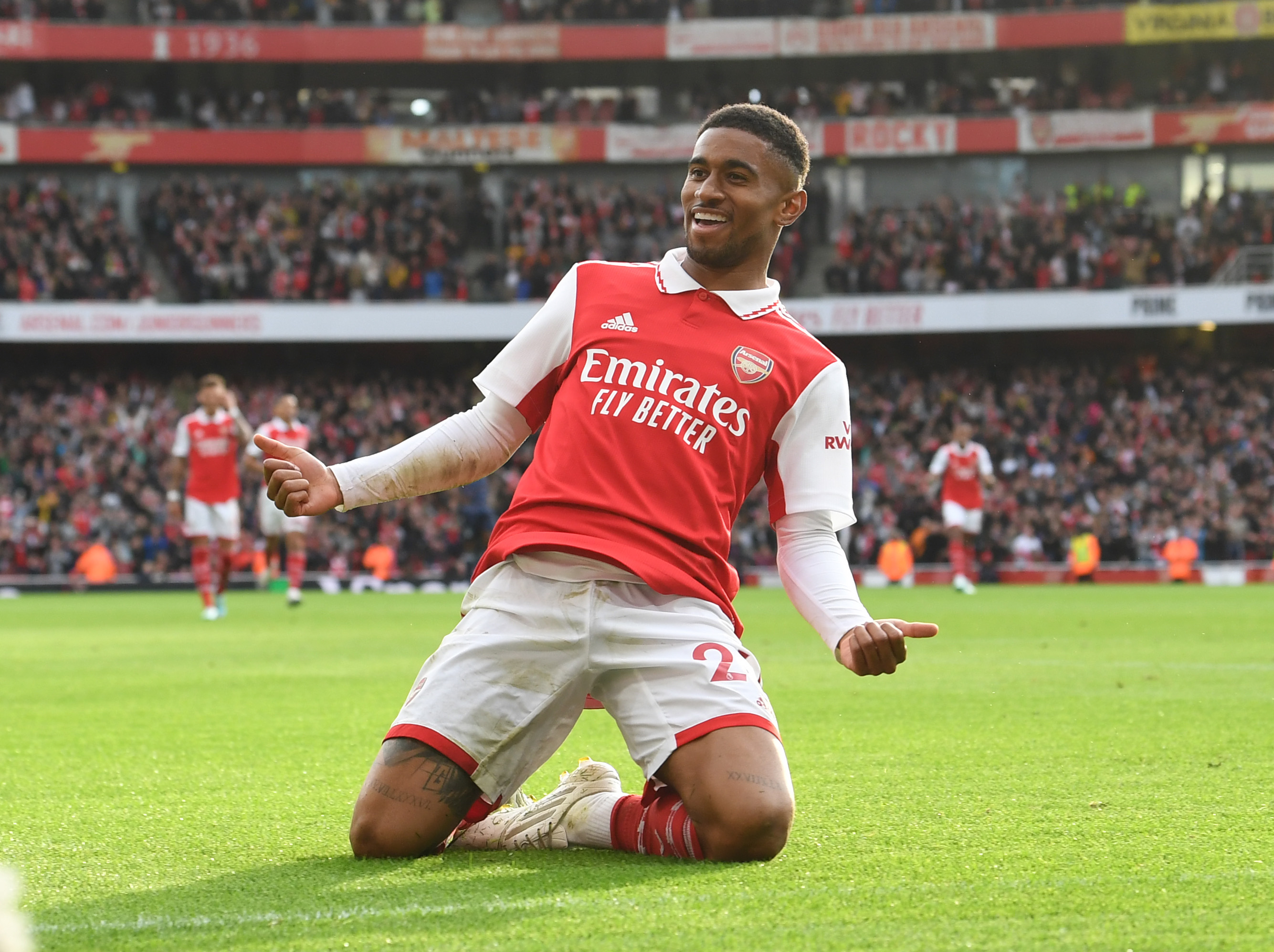 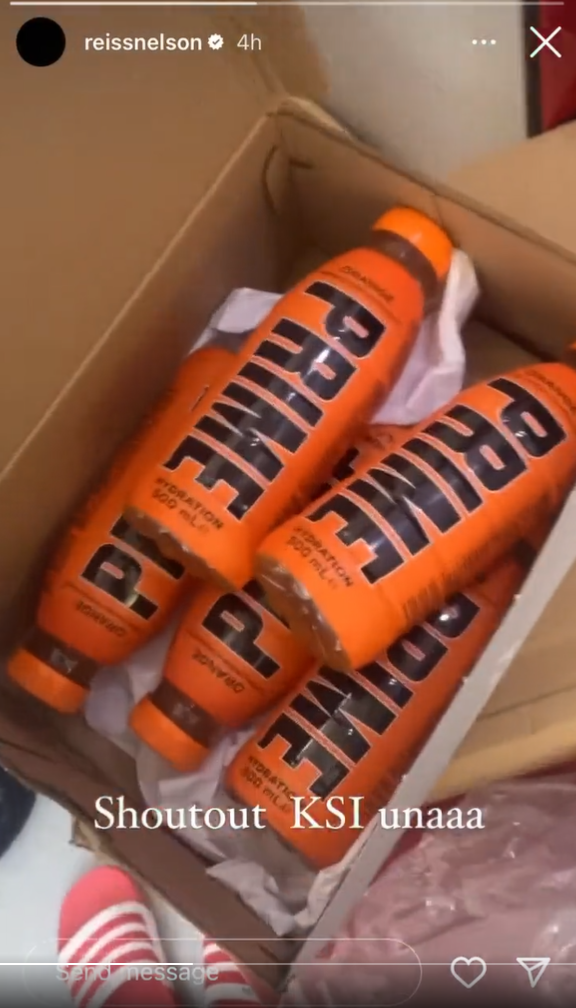 The Gunners sit top of the table and are enjoying their best season in almost two decades under Mikel Arteta.

But things got even better for Nelson who received a gift from Arsenal superfan and internet sensation KSI.

The midfielder shared a video of himself opening a box filled with KSI's Prime drinks.

Five orange bottles can be seen piled up inside, with Nelson captioning the post: "Shoutout KSI unaaa". 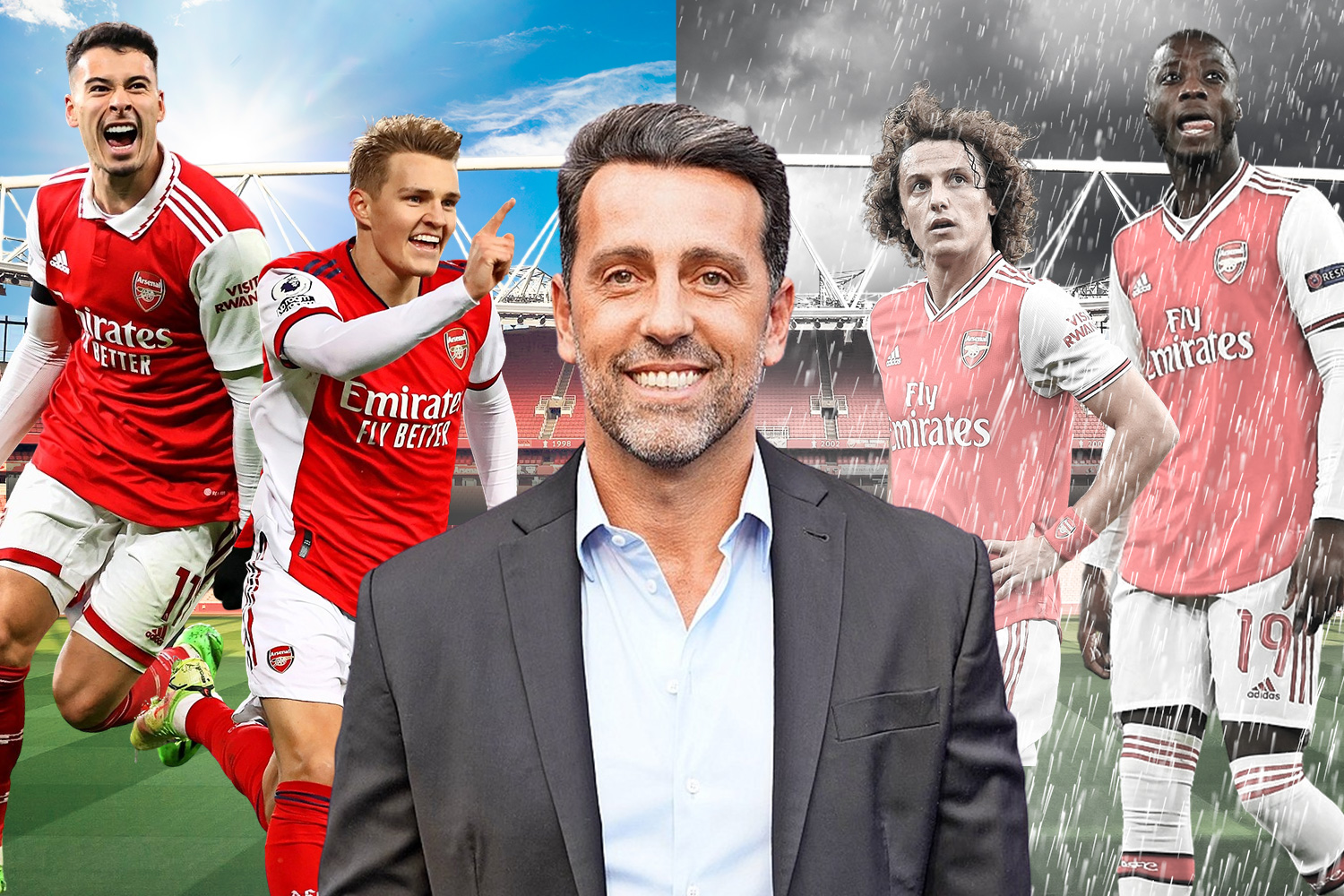 Football offer: Claim £20 in free bets for the Premier League with Coral

He can also be heard referencing a viral TikTok video as he loudly said: "What's the best shop in Wakey?"

KSI teamed up with YouTube pal Logan Paul to create the new energy drink, which caused a sensation last year.

And Arsenal have got the drink for sale at relatively cheap prices at the Emirates.

Fans last year could get a hot dog and the energy drink for £11.20.

Cheltenham clash with Sheffield Wednesday called off due to freezing weather

The beverage has cost as high as £25 at other outlets.

With Arsenal enjoying such an outstanding season, Nelson will be keen to get more involved before the end of the campaign.

He has made only two Premier League appearances so far but will be keen to emulate the important status of Arsenal's other academy graduates Bukayo Saka and Eddie Nketiah.

Meanwhile, KSI is finding his own sporting career going from strength to strength.