THEY'LL be better days at Ascot, but the Victoria Cup is a hell of a betting race and there's some good side action.

We'll help you through the day with a look at each of the seven races on the card. 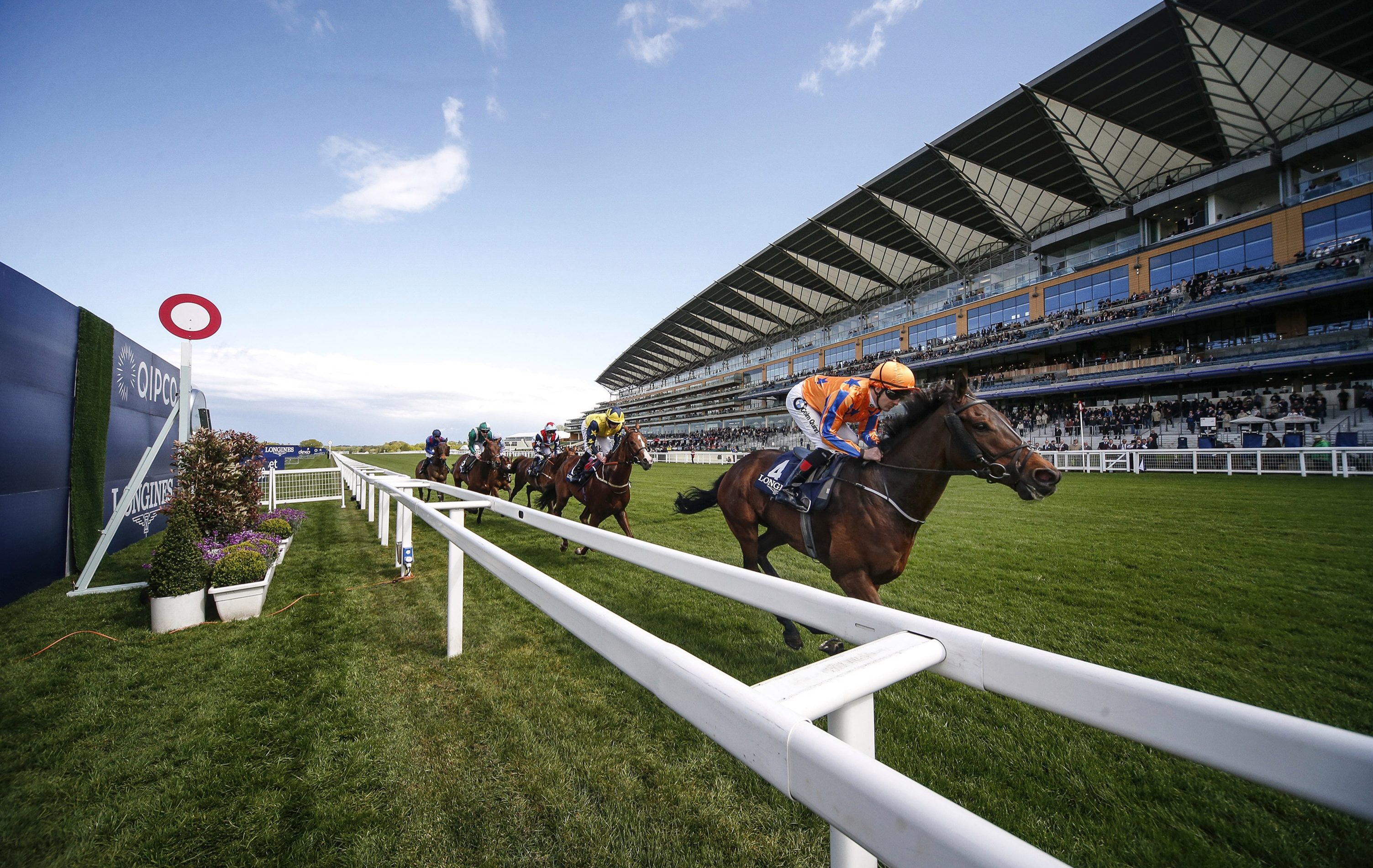 Despite this handicap being for horses aged four and up, there's a heap of the eight runners coming into this completely unexposed.

It's a race to watch where the money goes, but if early indications are right, the exciting SETTING SAIL may be hard to beat for the Charlie Appleby team.

He returned from a near two year break to win authoritatively at Wolverhampton. The form of that novice looks solid and the signs were there in the betting that he's got something about him.

An opening mark of 96 could seriously underestimate him and he could be an Ebor type going forwards. However, you're not going to get rich backing him at these odds.

Now Children went off favourite for the November Handicap off the back of two taking performances, but clearly wasn't at the races that day.

It was a messy race and if you can forgive him that effort, he's another that could well be ahead of the handicapper.

Autumn War has been calling out for this step up in trip and will relish this extra trip for Charlie Hills.

He's another to watch in the betting.

Only four runners here, and it very much looks like a coin toss between Salouen and Barsanti.

Conditions may be important if the rain continues to fall, and even a bit of cut in the ground may tilt the chances in the favour of Salouen.

Sylvester Kirk's five-year-old has proven form on soft, including a second to Cracksman.

While Roger Varian's Barsanti does most of his work on quick, summer ground.

There's six pounds between the pair in the ratings in favour of Salouen, and that could be the icing on the cake.

However, he's likely to be a shade off odds-on and at the prices I'm more than happy to leave this race alone.

What About Carlo will like conditions and you can't rule him out at juicy odds.

However, it would be a huge shock if outsider Pilansberg was anywhere close to winning this.

VERDICT: 1. Salouen 2. Barsanti 3. What About Carlo

A competitive handicap for fillies up next, and I think the Richard Hannon pair have the race between them.

She has not been seen since her juvenile days, and you'd like to see she's come forward physically before going mad, but her stakes form gives her a massive shout here.

Conditions may be a slight question mark, especially as arguably her worst performance came on Good to Soft at the end of last year.

But, she gets heaps of weight and Silvestre De Sousa will of course get the best out of her up in trip.

Stablemate Red Starlight is my other fancy here. She'll be the likely favourite, but is now 9lbs higher than her last win.

However, she's definitely still improving and was backed hard and late before the Spring Cup at Newbury.

She races off the same mark here and this is a significant ease in class from her latest starts.

Given conditions I also give Labrega a shout who will lap up any rain that falls at Ascot.

Her best runs have come with cut in the ground and she remains unexposed on her preferred ground.

The main event of the day here. A cavalry charge of 27 runners are set to go to post for one of the betting races of the season.

It's a race you can have a couple of each-way darts at and I'm more than happy to side with last year's winner RIPP ORF again here.

He's a real course specialist and despite being 12lbs higher this time around, he was worth plenty more than his neck win in 2018.

His form figures of 1312 in hot handicaps tell you all you need to know about his love for Ascot.

He's drawn in stall 16 which gives Hayley Turner all the options in the world and conditions shouldn't be a problem even if the forecast rain doesn't appear.

Blue Mist is of interest for Roger Charlton, but on his seasonal reappearance you'd like to see some market confidence beforehand.

He's only had seven runs and a mark of 97 could really underestimate him if he returns fit and ready to run.

Form that ties up with Wissahickon and Argentello is red hot and any cut in the ground is also no problem.

Charlton has his first winner for a while this week and I'll be watching him closely in the betting.

I can't not mention my old friend Cape Byron who has a chance here but I may leave alone with so much rain around.

Therefore another shout goes to David O'Meara's Remarkable who ran encouragingly off a huge break on stable debut last time.

That was in a Listed heat and he comes back to a track he's won a big handicap at before on a tempting mark having shaken off some rust. He's a big player.

No betting interest here for me. A juvenile race, with seven declared and only one piece of form to go on.

With no market moves or paddock inspections to go off, I can leave it alone.

There's plenty of big yard interest in this, but it's nigh on impossible to pick between them.

PRAXEOLOGY gets the nod simply on his second on debut to a decent Archie Watson youngster.

Expressionist and Clan Royale appeal on pedigree and are worth checking on in the betting.

The quality takes a dip in the penultimate race and it's another big-field handicap.

FANTASY KEEPER gets the tentative nod despite a recent hike up the weights.

Mick Appleby places his horses as good as any, and the last time Oisin Murphy was booked up on this chap, the pair scooted to an easy win in the same grade.

Conditions should be fine and he's a horse still on the up, which can't be said for the majority of these.

Molls Memory is interesting for Ed Walker and looks set to improve this season. He's lightly-raced and Walker has upped the gears with his team.

Suzi's Connoisseur is very well handicapped on turf. There's plenty of doubts around his form and consistency, but off 73 really catches the eye with David Egan booked.

I really like the look of INCLYNE in the finale, who finished behind the impressive Magsad on her last start.

She looks very well treated on her handicap bow now stepped up in trip for the in-form Andrew Balding.

There's a heap of exposed horses that she gets a tonne of weight off here and she'll be a confident bet in the lucky last.

She Believes won a similar race last time out and has obvious claims only a pound higher in the weights.

I can't even make much of a case for anything else, although Cabarita is worth a market check.

10/05/2019 Sport Comments Off on Ascot tips, racecards, declarations and previews for the meeting live on ITV and Sky Sports Racing this Saturday, May 11
Lifestyle