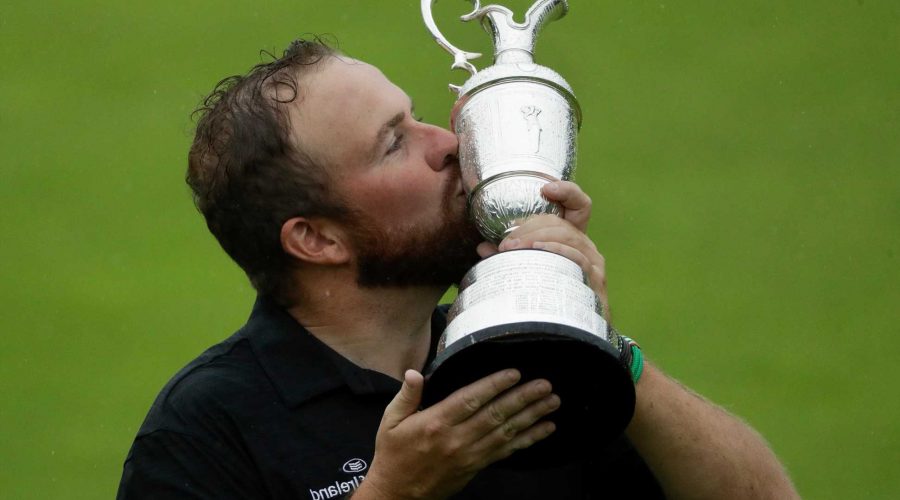 Olympics simply aren't priority for some of world's best golfers

John Pak a cut above despite missing weekend at Travelers

One of Shane Lowry’s first acts on Monday at Royal St. George’s upon his arrival to play in the 149th British Open was an unpleasant one: He had to return the precious Claret Jug to the powers that be at the Royal & Ancient.

It was a nice — and extended — run for Lowry, though, as he’s had possession of the best trophy in golf for two years. The 2019 British Open champion held onto the Claret Jug with the Open being canceled in 2020 because of COVID-19.

The 34-year-old Irishman said Monday he has “no idea’’ what to expect as the de facto defending champion, two years removed from triumphantly hoisting the jug on the 18th green at Royal Portrush, “but I’m kind of going into this week with an open mind.’’

“I’ve defended tournaments before,’’ Lowry went on, “but I’ve never come and defended a tournament of this magnitude. Everything that happens for me this week is kind of new. Obviously, there’s going to be high pressure at certain stages. I’d just like to put up a good defense of my trophy.’’

“To be announced on the first tee as defending champion, I’ll be happy obviously to get that tee shot away,’’ he said. “And, if you’ve seen the rough down the first hole, I’ll be happier if it’s on the fairway.’’

Since Lowry’s victory, his performance dipped then elevated, but it has not yet produced a win. He finished tied for 52nd and 48th in the two FedExCup events he played after winning the Open in 2019. Then 2020 was a lost year for him. He played in 13 events, missed three cuts and the only two results he produced in the top 10 were a tie for sixth at the WGC FedEx St. Jude Invitational and a tie for 13th at the Zozo in Japan.

Lowry said his 2020 dip had a lot to do with playing in front of no spectators because of COVID and that he believes it was an anomaly.

“Even little things, like if you’re struggling to make a cut or if you’re down at the bottom of the field, having people out there on the golf course kind of spurs you on a little bit,’’ he went on. “We’re in the entertainment business when we’re out there, and when I have a difficult shot or when I’m stuck behind a tree or I have a tough up-and-down, I’m trying to almost show off a little bit.

“I feel like 2020 is kind of a bit of a write-off for me. It’s kind of put behind me and move on, and this year thankfully has been a little bit better.’’

Indeed, Lowry has posted some impressive finishes in 2021. He enters this week having played in six events, with an eighth-place finish at The Players Championship, a tie for fourth at the PGA Championship and a tie for sixth at the Memorial. His last result, though, was a tie for 65th at the U.S. Open.

Lowry will have the spectators back this week at St. George’s, where 32,000 fans will be in attendance each day — all of whom must show proof of vaccination or negative COVID test.

Lowry is ready to get on with his defense.

“You never get sick of hearing that you’re the Open champion, but I’m kind of ready to defend it,’’ he said. “I’m ready to go and play in the Open again and I’m looking forward to it. I look back on Portrush with incredible memories and fond memories and something that I’ll have no matter what I do for the rest of my career. I’ll always have that.

The chase is on this week in Southeast England, where Lowry will hope to be taking that Claret Jug back home with him for a third consecutive year.

13/07/2021 Sport Comments Off on At long last, Shane Lowry gets to defend British Open title
Lifestyle