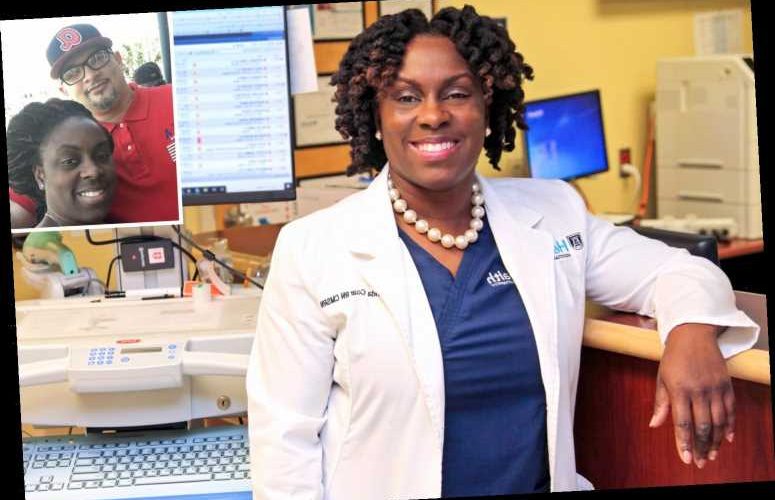 Fearless Bryson DeChambeau easy to root for at the Masters

AUGUSTA, Ga. — Matthew and Yolanda Coar would drive up and down Washington Road during Masters week, proud that the world came to their town every year and made the place feel so damn alive. They would find a restaurant with an outdoor patio and people-watch through the night, before gathering in front of a TV for the Sunday finish.

Matthew had worked at Augusta National as a high school kid in the ’90s, cleaning dishes, bussing tables and stocking the bar. He walked right by Tiger Woods in ’96, when the Stanford star was leaning on his putter while surrounded by reporters, a scene he’d never forget. Years later Matthew would attend a couple of practice rounds with Yolanda, and the two of them would be awestruck by the azaleas, and the greenest grass and whitest sand in creation.

“When you go inside, it’s a beautiful, whole new world,” Matthew said Monday. He mentioned that he might take another Masters-week drive on Washington, his first without his wife. Yolanda Coar, longtime nurse and nurse manager at Augusta University Health Center, died of complications from COVID-19 on Aug. 9, six weeks before she was to celebrate her 10th wedding anniversary with Matthew.

Just like everywhere else in America, the pandemic is still raging in Georgia, where more than 1 million residents have been infected. So no, this was not a week to show up in Augusta and dive right into a discussion about swing changes and major-championship demons that needed to be, or had been, exorcised by the world’s finest golfers.

This was a week to start with Yolanda Coar, the nurse born in Augusta, and Matthew Coar, the X-ray technician raised in Augusta. They met at a gym while doing their medical internships in the summer of 2002. Yolanda had run track in high school, and Matt had played basketball on a state title-winning Westside High team with Will Avery and Ricky Moore, who faced each other in Connecticut’s NCAA championship upset of Duke in 1999. Sports were hardly the only things that bonded the couple, but it sure didn’t hurt. They raised two boys, Evan and Maddox, spirited young athletes who kept their parents racing from one practice or game to the next.

Yolanda was a fan of the local teams — the Hawks, Falcons, Braves and the Georgia Bulldogs, whom her husband couldn’t stand. Matthew likes the Braves, but is all over the place with his other sports loyalties — including Notre Dame football and the Chicago Bears. “It made for some good trash talk in the house,” Matthew said.

His wife was promoted to nurse manager last May. Like a coach, Yolanda talked about building a winning program and culture in her department. Her motto, “Be Exceptional,” applied to her colleagues and her husband. “She was always about people being held accountable,” Matthew said “but she wasn’t a tyrant.” She believed in giving second chances, maybe even third chances, if she thought an employee had good intentions. Yolanda also had no problem, in her husband’s words, “getting her hands dirty” as a manager if a subordinate was out and that nurse’s patients required care. Her bedside care would be tender, too.

“She was full of life and never met a stranger,” Matthew said. Everyone knew Yolanda for her perpetual smile.

She fell ill in July, tested positive and was admitted to the hospital. Matthew and the boys were not allowed to visit her; they remained in touch through FaceTime. Yolanda’s condition deteriorated and she ended up on a ventilator. She improved enough to be taken off the machine, but only briefly. In Yolanda’s final two days, doctors informed Matthew that his wife’s brain was no longer functioning. He fought for the chance to say a face-to-face goodbye, but the doctors told him it was too dangerous to enter the room. On Aug. 9, dressed in protective gear from head to toe, Matthew looked through a window at his dying wife. He so desperately wanted to hold her hand, to whisper his love into her ear. Three weeks after being hospitalized, Yolanda Coar was pronounced dead at 6:13 p.m.

She spent 13 years at the medical center trying to save and improve lives. Her colleagues, friends and family members would gather on the grounds to honor her memory, sending scores of balloons into the sky.

Months later, Matthew, his parents and one of his sons would test positive for the virus; Matthew had mild symptoms for two days, his son was asymptomatic, and his mother and stepfather recovered from more serious cases. The Coars appear to be all through to the other side now, except that 9-year-old Evan and 5-year-old Maddox now must grow up without their mother, and 43-year Matthew now must raise his sons alone in their Grovetown home. It isn’t easy balancing his job at the Augusta Vascular Center with the job of being a single father, especially with a broken heart.

As a birthday gift to Evan, Matthew just took his sons to see the Hawks play the Golden State Warriors. The Coar men are pretty big Steph Curry fans. Yolanda? “She preferred LeBron James,” her husband said. Of course she did.

A few weeks ago, Matthew accepted the Patricia Sodomka Leadership Award on his wife’s behalf at Augusta University Health’s Patient-and-Family-Centered Care Conference. He just spent his first Easter without Yolanda, and now Masters week is summoning a fresh series of bittersweet memories.

The tournament means a lot to him, even if the game of golf has never been much of a friend to families of color. “You know how it works at a lot of country clubs,” Matthew said. He believes Georgia’s new voting law will further disenfranchise the disenfranchised and act to suppress the minority vote, and he hopes Augusta National makes a public statement about that this week.

In the meantime, he savors the good times he had making a few bucks as a high schooler at the National, where his grandmother worked and retired. He brushed by the young Tiger. He served Brent Musburger coffee. He saw Vijay Singh at the YMCA. “And I grew up with Larry Mize’s nephew,” Matthew said. “Those are all of my golf stories.”

Along with his Washington Road stops with Yolanda. “I still may go and people-watch and grab a drink with a friend or two,” Matthew said. “It just won’t be the same.”

Yolanda had been in charge of dozens of patients and had been working on her master’s degree in nursing, before she died. “She’s 100 percent a hero,” Matthew said, “though she would tell you otherwise. She didn’t want the attention to be on her, ever.”

Only as the Masters returns to semi-normal five months after its deferred, fan-free event, the attention should be on Yolanda Coar and all medical professionals this week for this simple reason: