The 17-year-old has signed a contract that will keep him at the club until 2024 while officially being promoted to the first-team. 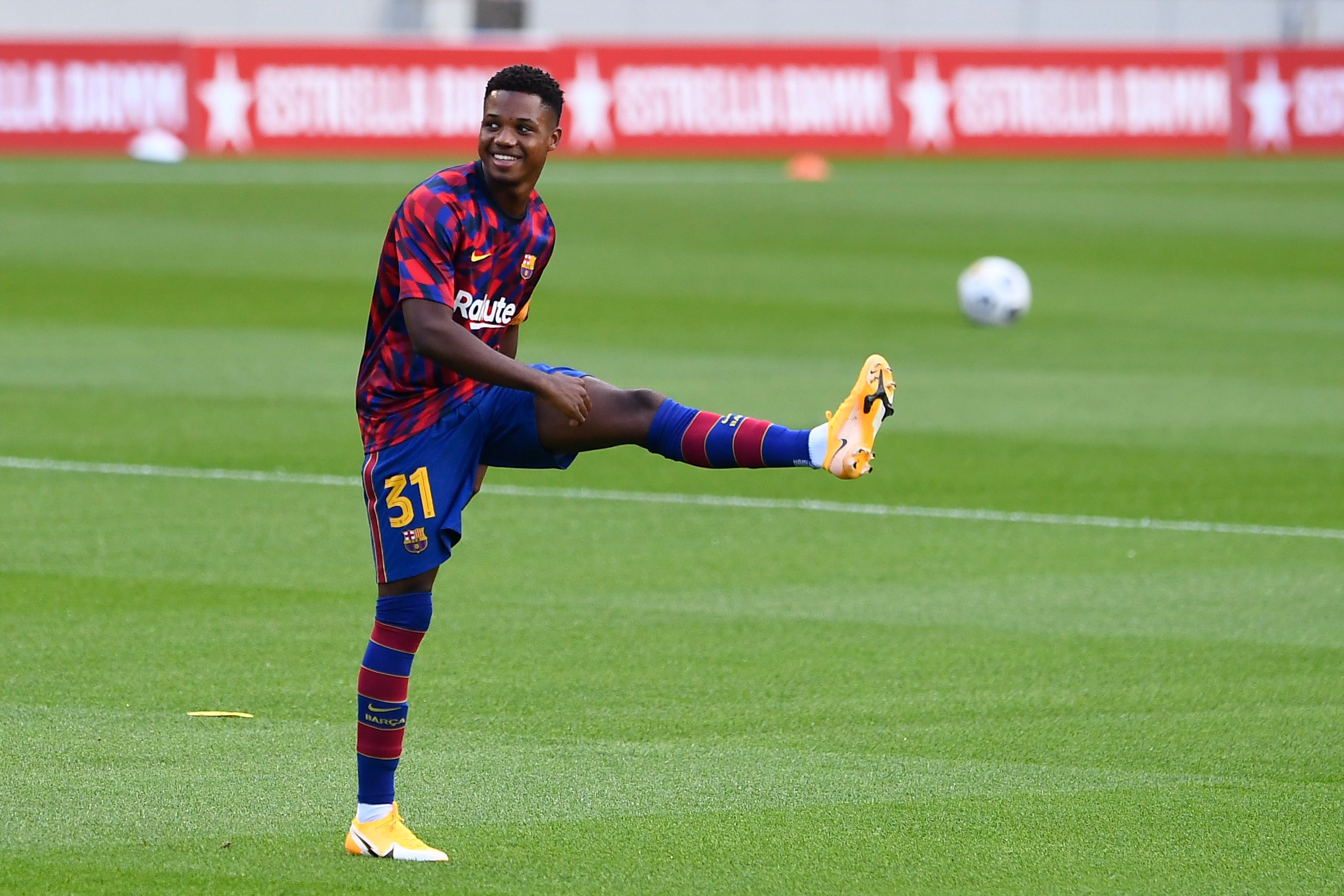 It is a two-year extension on his previous deal while his release clause has also been increased by £211m.

He will wear the No22 shirt vacated following Arturo Vidal's move to Inter Milan.

He became the club's second youngest player when he made his debut last August at the age of 16 years and 298 days.

Fati then announced himself at the club's youngest ever scorer bagging his first goal just six days later.

The records continued to tumble and last September he became the youngest player in La Liga history to score and assist in the same game.

In the same month, he became Barca's youngest ever star to play in the Champions League.

Internationally, Fati broke a 95-year record to become Spain's youngest goalscorer in a 4-0 win against Ukraine earlier this month.

His remarkable potential saw him linked with a move to Manchester United but the deal failed to materialise.

Fati's new deal will appease Barca fans following a disastrous season on and off the field.

Arthur, Nelson Semedo, Carles Perez, Marc Cucurella, Ivan Rakitic and Vidal have all left while Luis Suarez is on the brink of joining Atletico Madrid.