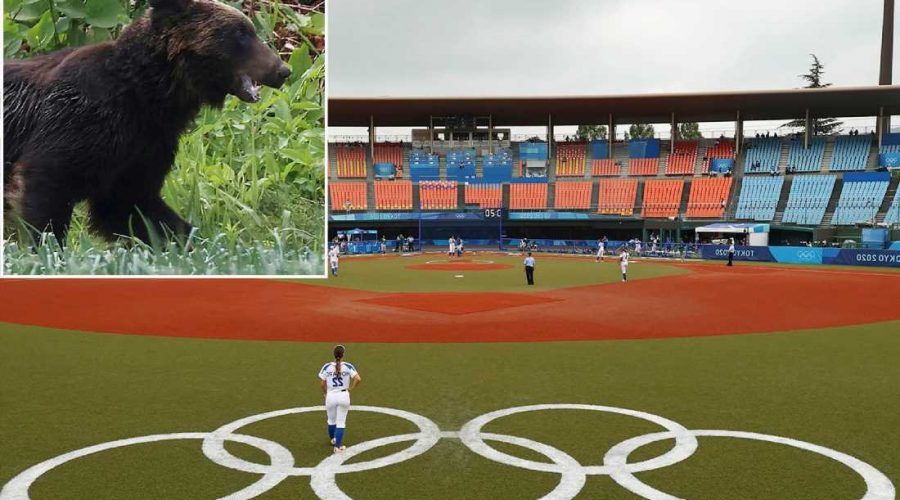 Woman killed by grizzly bear while camping in Montana

An Asian black bear made it to the Olympics, when it broke into a venue hosting the first sports event of the Tokyo Games on Wednesday.

The beast was spotted by guards early in the day at the Fukushima Azuma Baseball Stadium, just hours before the women’s softball opener Wednesday between Australia and Japan, police said.

“We couldn’t find or capture the bear, and while there won’t be any spectators at the stadium, we are on alert and searching for the bear around the site.”

Members of Team USA said there was no sighting of the bear during their Thursday game against Canada.

“I woke up to text messages asking, is this real? There’s a big black bear, saying that it got on the field, it got in the area and it’s on the loose. And I felt, what? This is crazy. No way,” shortstop Amanda Chidester said.

“And then one of the girls on our team said: ‘Yeah, did you hear about the bear? It was on the news.’ So I was able to report back to my family and say it was, in fact, true, that there was a bear in the area.”

US coach Ken Eriksen said the team had been on the lookout for the beast.

“As we were driving up today, we were actually looking to see if we could find another bear,” he said.

22/07/2021 Sport Comments Off on Bear goes wild in Olympic stadium, is still on the loose
Lifestyle