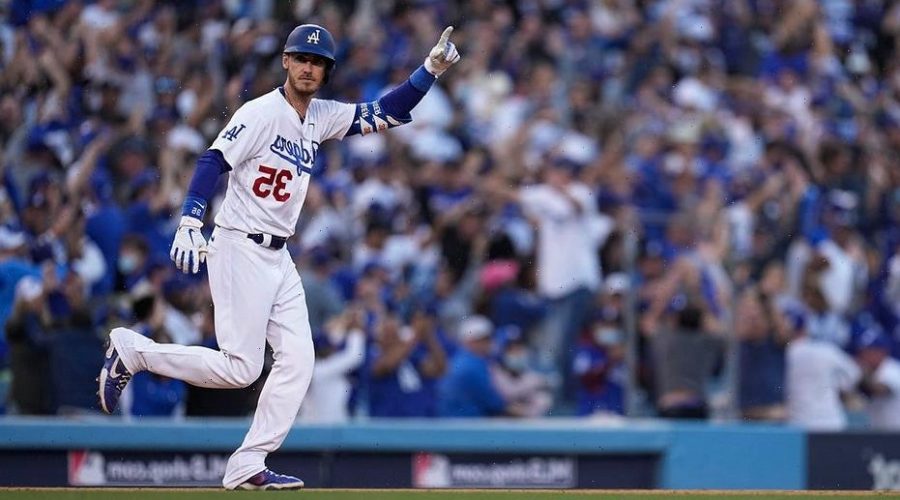 Cody Bellinger hit a tying, three-run homer and Mookie Betts then lined an RBI double as the Los Angeles Dodgers rallied in the eighth inning, beating Atlanta 6-5 Tuesday and cutting the Braves’ lead in the NL Championship Series to 2-1.

The Dodgers were down to their final five outs when Bellinger drove a two-strike pitch from Luke Jackson into the right-field pavilion, igniting the blue towel-waving crowd, some of whom had already left with LA trailing 5-2.

Game 4 is Wednesday at Dodger Stadium.

With the cheering, chanting crowd on its feet in the ninth, Kenley Jansen struck out the side to earn the save, the ninth pitcher used by the Dodgers. They ran through a combined 15 in the first two games.

After getting staggered with back-to-back walk-off losses in Atlanta, the Dodgers returned home, where they’ve dominated the Braves in recent years and were an MLB-best 58-23 during the regular season.

The Braves haven’t won at Dodger Stadium since June 8, 2018. It sure looked like they’d end that skid after leading 5-2 in the fifth.

But the 106-win Dodgers staged another improbable comeback late, just like they’ve done so often this postseason.

They beat St. Louis in the NL wild-card game, then edged 107-win San Francisco in Game 5 of the NL Division Series on Bellinger’s tiebreaking single in the ninth inning. Last year, the Dodgers rallied from a 3-1 deficit to beat the Braves in the NLCS.

The Braves built their lead with a bunch of singles, pounding out 12 hits. Freddie Freeman broke out of his slump, going 3 for 4 with a walk and a run scored after he struck out seven times in eight at-bats in the first two games.

LHP Julio Urías starts for the Dodgers in Game 4 on Wednesday. The Braves were planning a bullpen game.