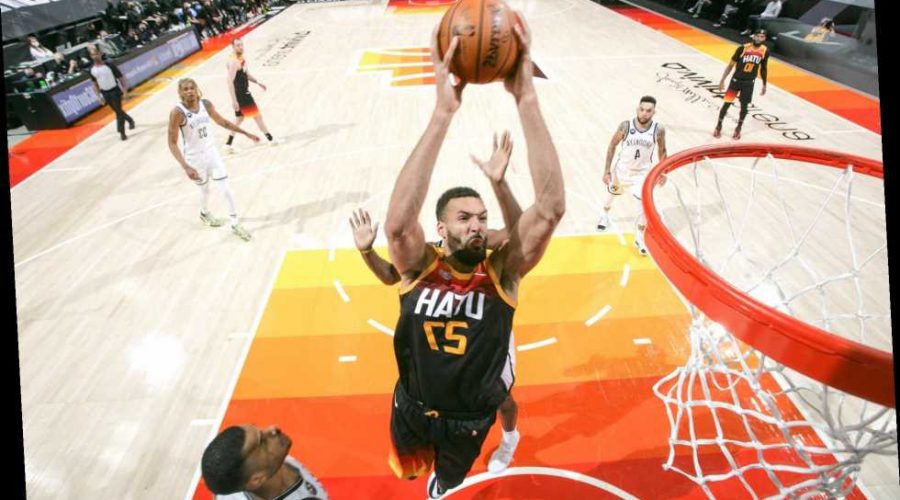 Final member of Nets’ Big 3 now out with injury

Do the Nets need to make a trade?

The Nets’ most impressive win all season had come in a thrashing of the Jazz just after New Year’s. Wednesday’s shorthanded rematch in Utah was every bit as lopsided, tilted the other way.

James Harden’s neck injury left the Big 3 all sidelined for the first time, and the result was as ugly as expected. The Nets got hammered 118-88 by the NBA-leading Jazz in front of a sellout crowd of 5,546 at Vivint Arena.

Kevin Durant, Kyrie Irving, Spencer Dinwiddie, Landry Shamet and Blake Griffin all were already out, and the loss of Harden left Brooklyn decimated with a combined 33 All-Star berths sidelined. Utah did the rest, leading by as many as 38 points and handing what was left of the Nets a beating.

“It’s a big challenge,” coach Steve Nash said before the game. “You lose that super talent out there that makes the game easier and puts pressure on the defense just by their presence. So there’s two things happening. We have to play a slightly different way — move the ball, make quick decisions, try to push the pace, make some threes, unsettle them with our energy and enthusiasm.

“And the other part is that these guys haven’t had a lot of time just playing together. There’s always been someone out there with them that’s kind of leading the pack. So it’s a challenge for our guys, but an exciting one. They get a chance to go out and see guys play extended minutes and have a little more responsibility, and I think that’s good for their development and experience as well.”

Nash might have used other words than exciting after this one.

He saw his Nets — with just 10 active players — shoot just 36.1 percent, and 7-of-35 from 3-point range. They were actually led by G-Leaguer Alize Johnson — just signed on a 10-day deal — who made his Brooklyn debut with 23 points and 15 rebounds.

Donovan Mitchell had 27 points, seven assists and six boards in 27 minutes for Utah, who notched a 17th straight home win.

The Nets fell behind 16-4 right out of the gate, and trailed by 21 after a first quarter that saw them shoot just 25 percent, 2-of-11 from deep.

It got out of hand so quickly, Nash gave Joe Harris just 4:57 before deciding to rest him for Friday’s finale of the road trip in Detroit.

This was a sobering reminder of the importance of star power. The Nets had been riding a team-record nine-game road winning streak versus Western Conference foes, tying the best run by any Eastern Conference team since the Pistons in 2006-07.

The last time the Nets saw this Jazz team, they drilled them 130-96 at Barclays Center on Jan. 5. But on Wednesday, Utah looked the part of the league’s best team.

“I think they just have such a strong identity,” Nash said of the Jazz. “They know who they are, they know how they play. Quin [Snyder] is a great coach, and he’s really drilled them into this identity and way of playing where they really space the floor and make a lot of 3s and make you make tough decisions.

“So they’re an excellent team at both ends of the floor, and that continuity they’ve had for two to four years with most of these guys is really valuable as well.”

The Jazz looked like a well-oiled machine by the time Georges Niang closed the first quarter with a 3-pointer to give them a 38-17 lead.

The Nets tried to show some fight, forcing nine straight misses to get within 40-28 midway through the second. But a quick 18-4 run capped by a Royce O’Neale 3 left the Nets in a 58-32 hole.