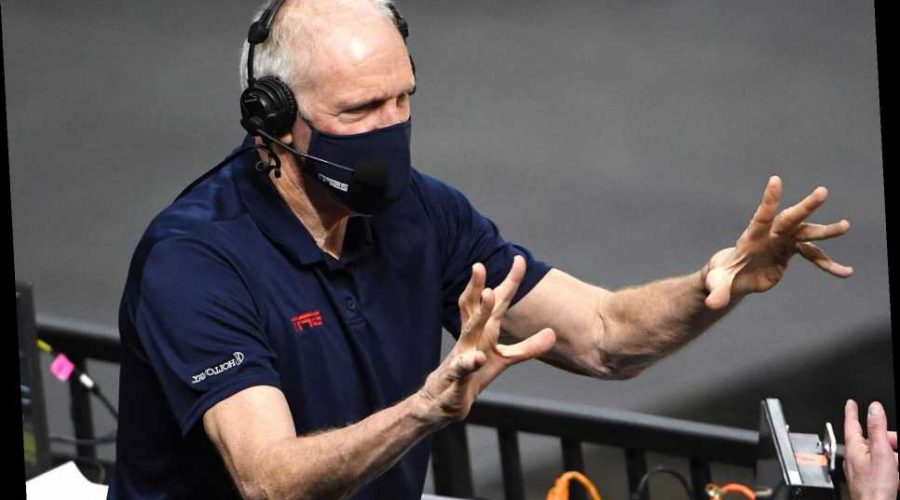 This is the only way for Tom Thibodeau

Well, on the one hand this is Bill Walton’s worst nightmare. The UCLA legend — and outspoken Pac-12 fanboy — has called the pairing of conference foes Oregon and USC on Sunday in the Sweet 16 of the NCAA Tournament “a disgrace.”

Still, the fact that a quarter of the remaining teams play in the Pac-12 — and the math of the brackets made it almost certain that, under those circumstances, two of their teams would collide with one another in the same region — underlined Walton’s season-long proselytizing that the best basketball in America could be found on the West Coast.

Walton was the one, after all, who suggested the mathematical impossibility that five Pac-12 teams would make the Final Four.

But the fact that all five Pac-12 teams with an NCAA invite won a game — and only Colorado didn’t win two — supports his belief.

“Conference of champions!” Walton has said repeatedly this year, probably also even when the microphone was turned off.

Oh, and here’s something else:

When the Ducks and Trojans meet late Sunday night at Bankers Life Fieldhouse in Indianapolis … well, there’s really no better way to say this:

These teams aren’t fond of each other.

“They’ve been on a roll,” USC’s Isaiah Mobley said of the Ducks. “I don’t want to say necessarily they’ve got luck. They’re a good team. But they stole the Pac-12 championship from us.”

An explanation: The teams played once this season, and USC won by 14. But by season’s end, thanks to the unpredictability of this COVID-19 season, the teams finished in a virtual tie for the regular-season title, both 10 games over .500. But Oregon’s 14-4 was .028 percentage points higher than USC’s 15-5. So Oregon was declared the regular-season champion.

It barely mattered in truth: Both teams lost before the conference tournament finals, and both teams made the NCAA field with ease.

And the facts are: These teams know one another well. And they also know that one more win and they’ll find themselves in the Elite Eight — a heartbeat away from the ultimate goal.

Both teams enter on a roll — seventh-seeded Oregon ransacked No. 2 seed Iowa, while sixth-seeded USC took a hammer to third-seeded Kansas. They are playing at their best. And are ready for the rematch.

“Both teams have improved since that game over a month ago,” USC coach Andy Enfield said. “That’s how college basketball should be. Oregon has certainly done that. This will be a completely different game on a much bigger stage.”

Said Oregon boss Dana Altman: “They kicked us. We got off to a terrible start. They hit a bunch of threes. We got down.”

But not out. One of these teams is 40 minutes from being elite, both lowercase and capital “E.” This is going to be a fun one.