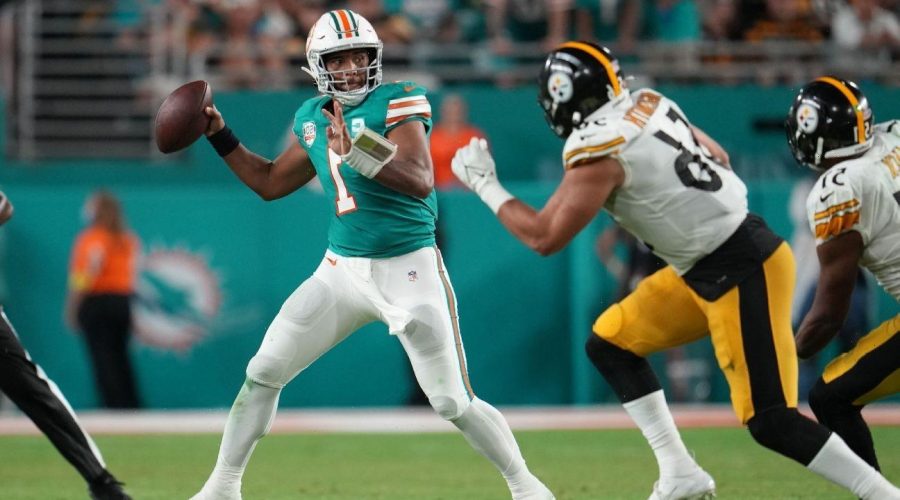 Every Thursday during the 2022 NFL season, Matt Bowen will break down players’ fantasy football value through the lens of a former NFL safety. And he’ll mix it up, too. The matchups to play (or avoid), scheme trends, tape study and more.

With a defined pass-game matchup versus the Detroit Lions defense in Week 8, Miami Dolphins quarterback Tua Tagovailoa is a top-five play in my ranks. Schemed concepts, catch-and-run throws, and he’ll get the ball out quick on RPOs. He’s an upgrade for me, along with a couple backs I have on the radar this week. As far as downgrades for Week 8, there are some bigger names listed below. And, as we do every week, I’ll run through a couple players to monitor, plus my notes from the tape.

Let’s get into it.

I bumped Tua up to my QB4 this week because of the Dolphins’ matchup with the Detroit. The Lions will play some two-deep and bring pressure, but they are also a heavy man-coverage team (41.3% of coverage snaps). So, let’s focus on Tua, who leads the NFL with 9.6 yards per attempt versus man coverage. Look for RPO reads, schemed in-breakers and crossers — with Tyreek Hill and Jaylen Waddle “running away” from defenders. Remember, Tua is a short-to-intermediate dart thrower, who delivers the ball with timing and location. That fits here versus Detroit.