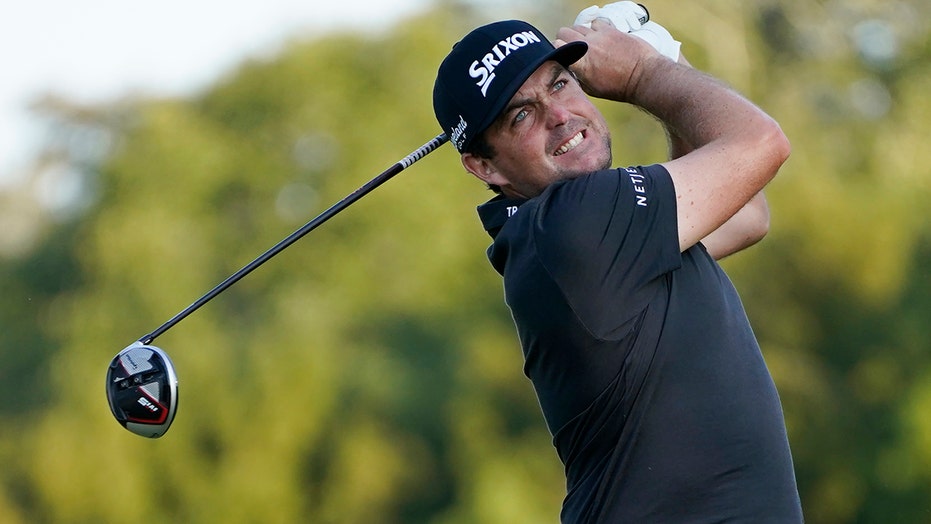 Keegan Bradley likes the way he's putting. He must really like the idea that the birdie putts he made Friday on his way to a 7-under 65 were not terribly far from the hole.

In his debut in the Sanderson Farms Championship, Bradley made three straight birdies on the back nine to take the lead and closed with another short birdie putt to take a two-shot lead over J.T. Poston and Charley Hoffman.

Bradley, whose victory in the BMW Championship at Aronimink two years ago was his only title in the last eight years, was at 13-under 131 at the Country Club of Jackson.

Poston made five birdies on the back nine for a 67, while Hoffman shot 69.

“I had a blast today playing,” Bradley said. “It's so fun to be done with the round, done with 36 holes and say, ‘Man, that was a fun time.’ Sometimes it's not fun at all. What a great day, and I'm bringing a lot to the weekend that I'm happy about.”

It hasn't been much fun in the last year for Bradley, who won the PGA Championship as a rookie. He hasn't had a top 10 since his runner-up finish at the Travelers Championship in June 2019. But he likes how he's playing and how he's putting on the fast, pure Bermuda greens.

Also having a blast is M.J. Daffue of South Africa, who gets by on Monday qualifiers and is giving himself another chance. Daffue was a Monday qualifier for the Workday Charity Open at Muirfield Village, birdied his last hole of the second round to make the cut and tied for 22nd. This was his third time Monday qualifying since July.

Daffue, a 31-year-old who played college golf at Lamar, goes week-to-week, so it shouldn't be too difficult for him to avoid looking ahead.

“Trying to do everything at once — get all those points at once or trying to win — it will really eat at you,” Daffue said. “So I'm just trying to chip away at it. I'm in a good position. Try to get to a target score for the week and just keep hitting the shots and try to hit good putts.”

Kevin Chappell, among four players who shared the lead after the first round, appeared to be on his way to setting a target in the morning and getting some separation. He followed a 64 with five birdies on the front nine — along with a bogey on the par-5 fifth hole — to reach 12 under.

But then he three-putted the 10th. He chopped his way along the left side of the par-5 11th and made double bogey on the third-easiest hole at Country Club of Jackson. He dropped another shot on the 12th. Chappell shot 40 on the back nine and had to settle for a 72, leaving him five shots back.

“I've got as much firepower as I need,” Chappell said. “I've got to figure out the bad stuff and limit. I'm physically going to make bad golf swings and hit it in bad places. That's just kind of where my game is at the moment. But I compounded some mistakes out there and let it get out of hand. Those are the things I've got to stop.”

Garcia, making his Sanderson Farms Championship debut, was putting with his eyes closed. He says he has been doing that a majority of the time all the way back to 2017 when he won the Masters, and sounded surprised to get so many questions. Perhaps no one noticed, or no one has been watching him that closely.

The cut was at 3-under 141, unfortunate for Michael Kim. Since winning the John Deere Classic in July 2018, Kim has made the cut only twice in full-field tournaments, both within three months of his lone victory.

It was good news for Jay McLuen, another Monday qualifier who suffered a heart attack three years ago and was treated with shock paddles in the ambulance. Then, his wife nearly died in April when a tractor fell on them.

He shot 71 and wound up making the cut on the number. He also made the cut in the Puerto Rico Open, where he was given a sponsor exemption.