SEAN Levey is dreaming of another memorable day in the saddle aboard Classic heroine Billesdon Brook. 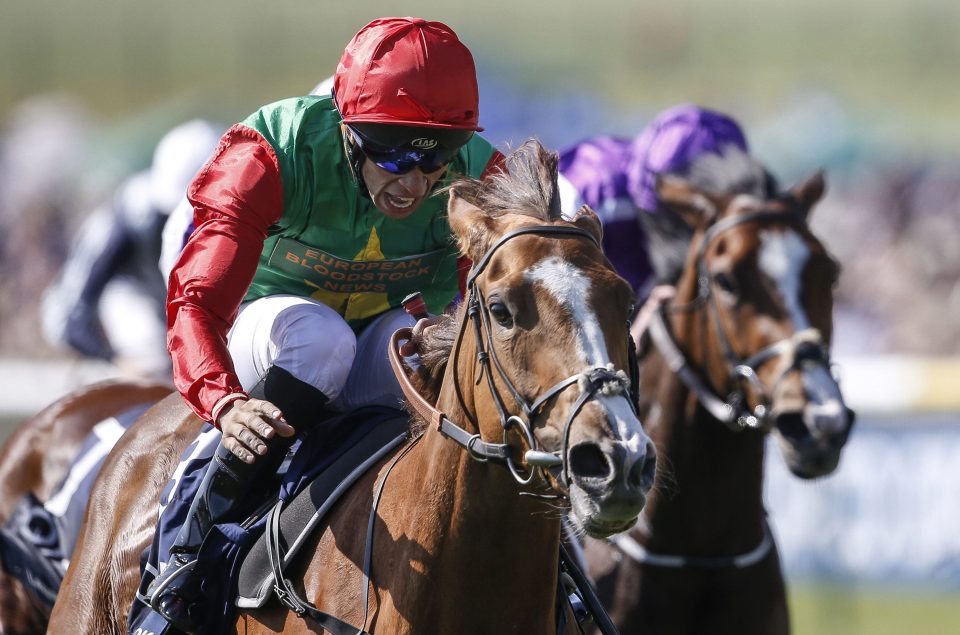 The filly, bred by the late husband of co-owner Jeanette McCreery for just £5k, caused a 66-1 upset in the 1000 Guineas last season, but she struggled to scale those heights in five subsequent starts.

However, since taking advantage of a drop into Listed class in July, she has won both the Oak Tree Stakes and Sun Chariot Stakes on her last two outings, storming clear in the latter to scoop her second Group 1.

Levey, who was born and raised in Swaziland and has grafted his way through the ranks in Britain, says her preparation has gone smoothly as she gears up for a return to 1m2f.

Levey told Sun Racing: "She seems as though she's taking everything well and she looks very well in herself.

"After she won the Guineas she went off the boil a bit. It was quite a decision to keep her in training as a four-year-old, she owed nothing to any of us.

"She has tried 1m2f before when she was a three-year-old, she was fourth in the Nassau, it didn't look like she stayed but it was a messy race and it wasn't conclusive.

"But in the Sun Chariot she showed she has grown up, she is a lot more laid back which helps her save energy and produce the turn of foot she shows. That's one of her biggest attributes.

"On a flat, sharp track around here with a quick ground and a good pace you'd like to think, especially the way she saw the race out in the Sun Chariot, that 1m2f would be within her compass."

Levey is already visualising his route to Breeders' Cup glory, in which three of his biggest rivals are drawn on his inside.

Levey continued: "Stall four is perfect and the biggest bonus is the horses she's drawn next to.

"I've got Iridessa, Sistercharlie and Fleeting on my inside and ultimately they're the ones you want to be following, so things could work out really well for her."

No matter how the Filly & Mare Turf pans out, Billesdon Brook will always mean a great deal to Levey.

He said: "She doesn't owe me a thing. She gave me that step up to the Classic stage, she has proven that she is a very good filly and the Guineas wasn't a one off.

"Getting to the Breeders' Cup is a success in itself, but if she was to produce the goods, which she looks like she has every chance of doing, then it would be massive for myself, Richard and the owners. It would be a dream come true."