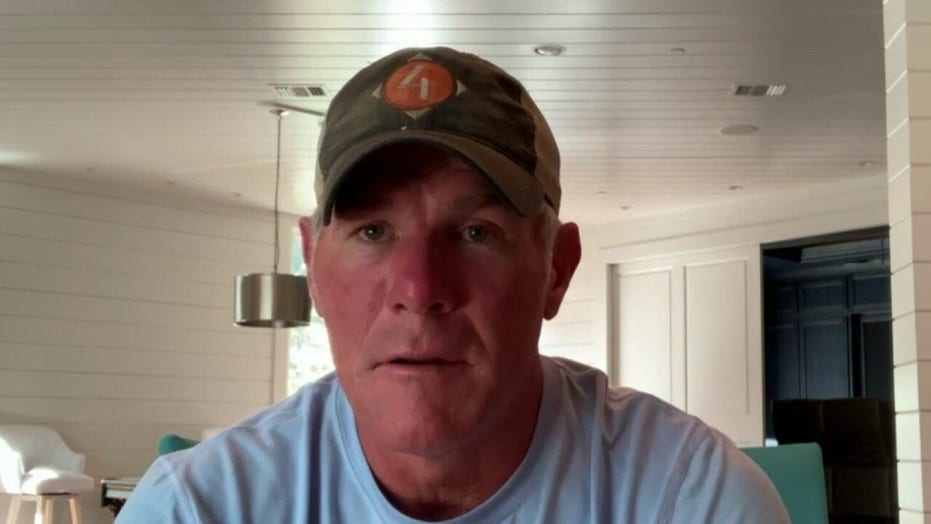 Brett Favre made a living taking risks on the football field – whether that was throwing the ball down the field into tight coverage hoping for a touchdown or moving on from the Green Bay Packers to go to the New York Jets and eventually the Minnesota Vikings.

Making presidential endorsements is something Favre admittedly has avoided better than trying to miss a sack from New York Giants legend Michael Strahan. On Friday, Favre recalled to the Washington Examiner what he talked with President Trump about when the two golfed at his club in New Jersey over the summer.

“I was pleasantly surprised that the president can play golf. He plays extremely fast. It was very engaging conversation,” Favre told the newspaper, adding that he told Trump that it was no big deal that he was peppering him with football questions.

Favre added: “Well, I think the fact that I went and played golf with him, the assumption is that I support him. I think he’s done a good job for our country. Is he perfect? By no means is he perfect. Tell me someone who is perfect other than Jesus Christ, and I’ll call you a liar.”

The legendary gunslinger made it clear that he didn’t think Trump was perfect but “he’s trying.”

The Hall of Famer said he got some negative reaction for playing golf with Trump. But if President Obama would have asked him, he would have hit the course with him as well.

“I told all the haters out there: I would go play golf with Barack Obama had he asked me,” Favre told the Washington Examiner. “It’s an honor. And I respect the office of the presidency of the United States of America regardless of who is in office, and consider it an extreme honor to be asked to participate in golf or any other event by the president.”

04/10/2020 Sport Comments Off on Brett Favre on Trump: 'I think he's done a good job for our country'
Lifestyle