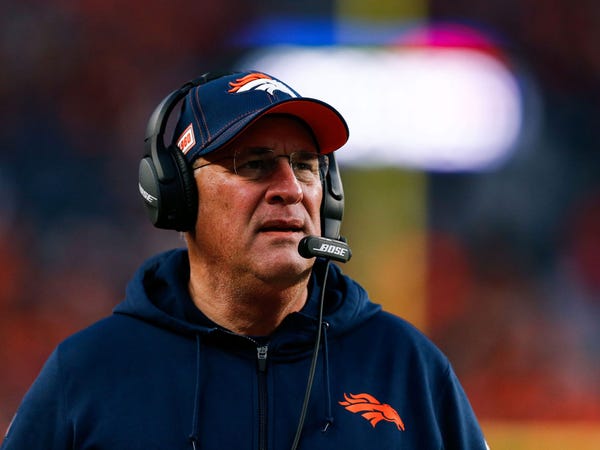 Vic Fangio blew the Broncos shot at a comeback victory against the Tennessee Titans on Monday night by refusing to call timeout.

In a game that had proven a defensive struggle between the two sides, the Titans looked to have the upper hand in the closing minutes. While the Broncos held on to a late 14-13 lead, Tennessee was driving into field goal range, and could hit a late go-ahead field goal to take the lead, likely for good.

Fangio had all three of the Broncos timeouts at his disposal, but kept them in his pocket as the seconds continued to tick away, finally relenting to stop the clock with 31 seconds left in the game.

The next two plays, Titans running back Derrick Henry was pushed out of bounds, and the Titans threw an incomplete pass, leaving Stephen Gostkowski a 25-yard chip shot to take the lead.

Despite having already missed four kicks that day, Gostkowski made it, giving the Titans a 16-14 lead with just 17 seconds remaining.

Drew Lock and the Broncos offense did all they could to give their kicker a shot at a late field goal of his own, but could only make it to roughly midfield before time expired. A few more seconds could have made all the difference, and the Broncos went home with two timeouts in their pocket.

On Twitter, fans were confounded by Fangio's apparent lapse in judgement.

After the game, Fangio attempted to explain his decision to hold on to his timeouts.

"It was two-fold," Fangio told reporters.

If Fangio was betting on the opposing kicker having the worst day of his life, I honestly kind of respect it. Gostkowski had missed three field goals and an extra point already that day, and daring him to hit with the game on the line is a bold, swashbuckling move.

But if that's the strategy you're going with, there has to be a breaking point, and it has to come well before the Titans get to the red zone. It makes sense that the Broncos would want to force Gostkowski to hit from distance, but once it became clear the field goal would be within 50 or so yards, it was time to start saving clock.

Making matters worse was just how close the Broncos got to giving themselves a shot in the final seconds. With just 17 seconds to work with, Drew Lock was able to get the ball to the Denver 43 — with one or two more plays, they could have given Brandon McManus a chance at a late-game field goal of his own.

Instead, the Broncos floundered their hail mary attempt in the final seconds, and the game was over.

Fangio might have his reasons for keeping his timeouts in his pocket, but given the criticism he's gotten for his coaching performance in Week 1, he might want to be a bit more aggressive with his clock management the next time the Broncos are dealing with some late game drama.