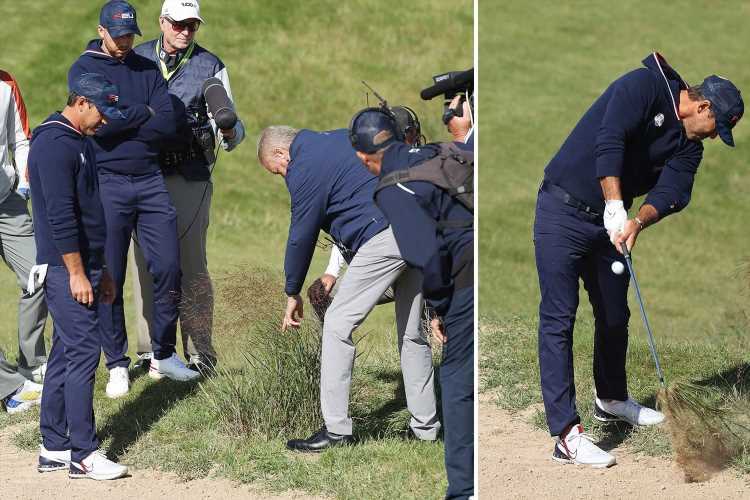 Koepka turned on Litton and fellow official David Price after being denied a free drop and snarled: “If I break my f***ing wrist, it’s on both of you.” 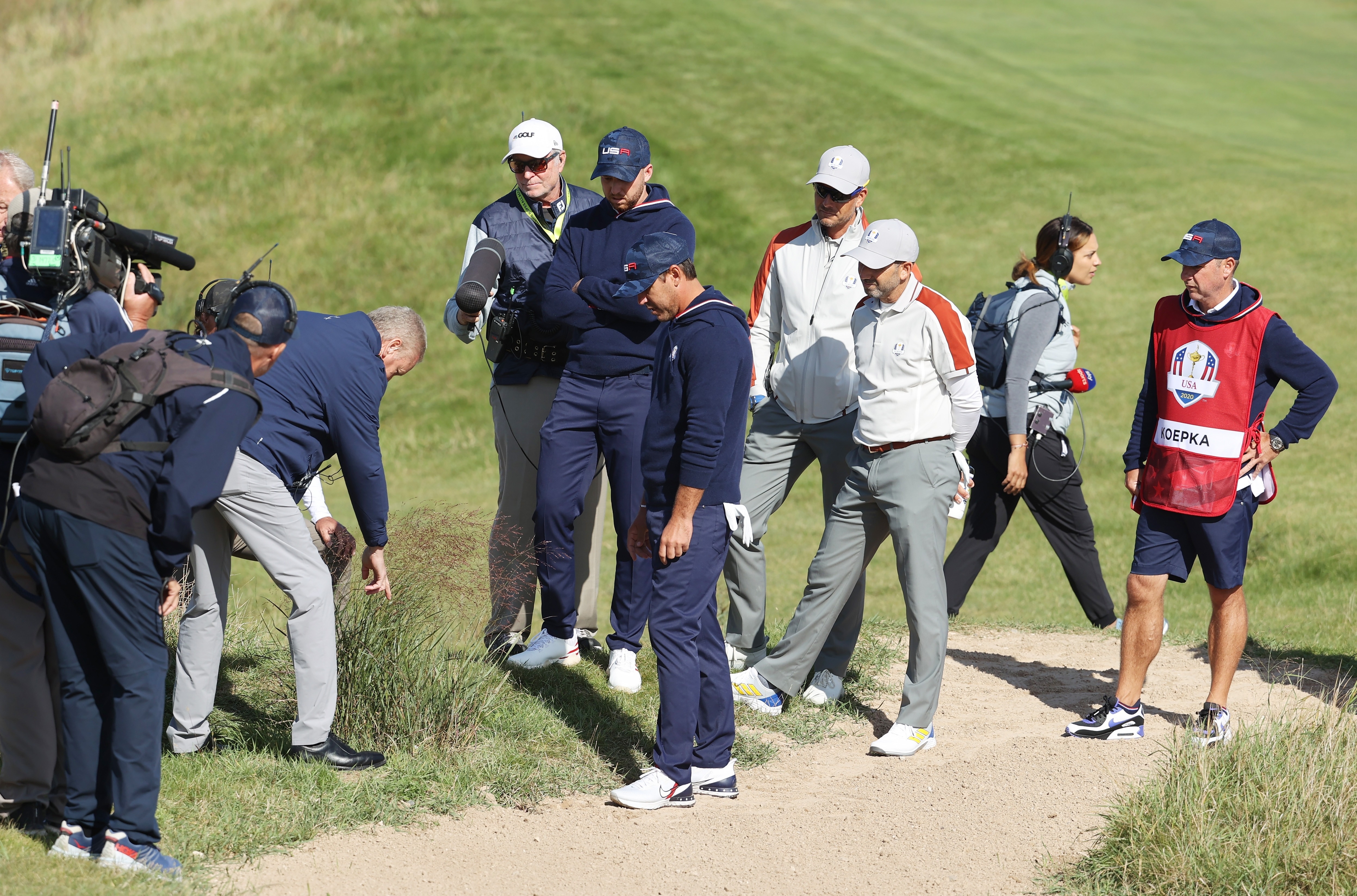 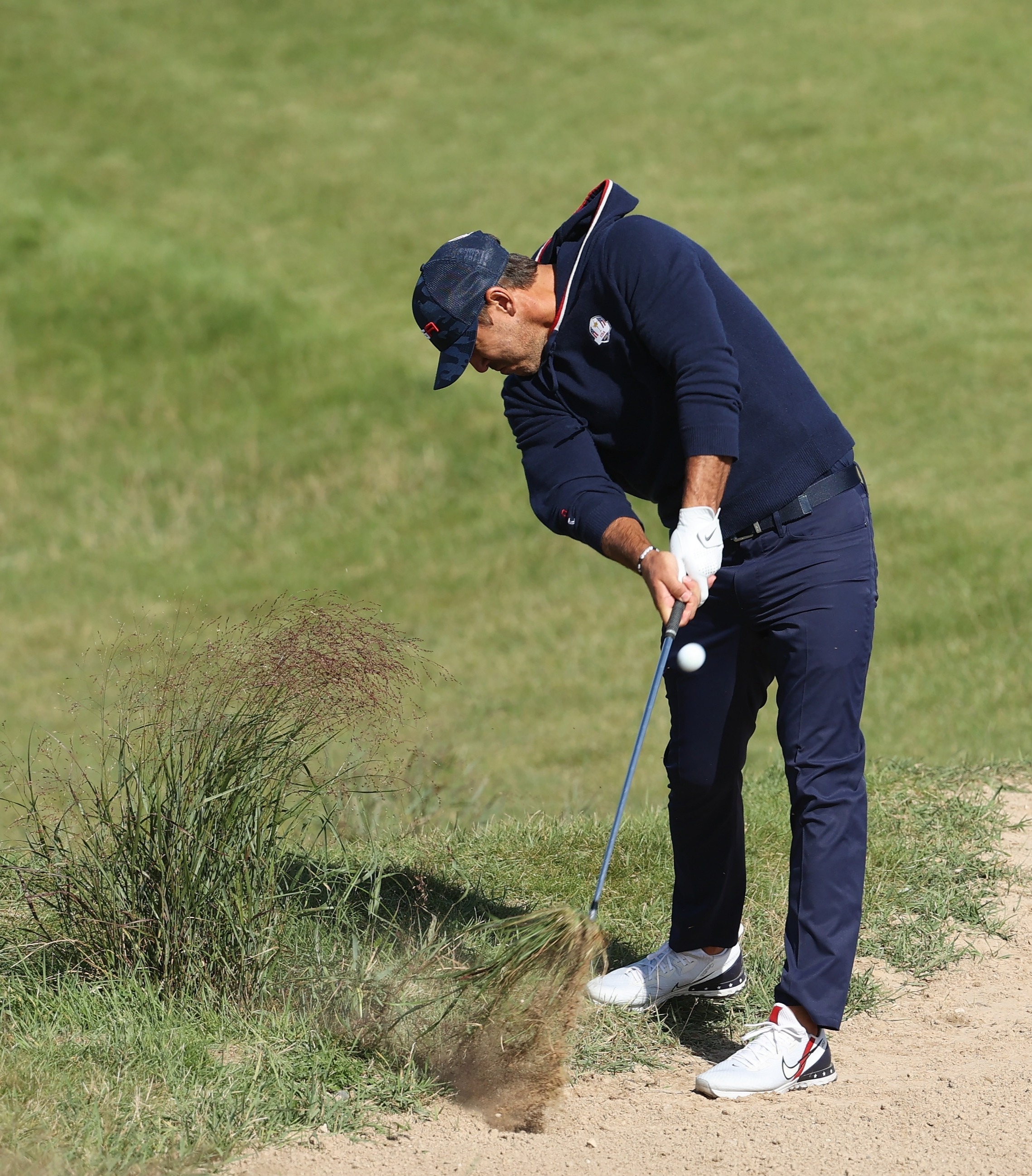 The four-time Major champion was furious when he was not allowed to move his ball, after foursomes partner Daniel Berger carved his drive into a dense clump of grass.

Koepka, 31, claimed a drainage pipe was hindering his downsizing, and tried to argue it could lead to a serious injury.

Their opponents, Sergio Garcia and Jon Rahm, came over to take a look as the delay dragged on, and so did European vice-captain Henrik Stenson.

Garcia took a few imaginary swings at the ball before leaving with a big grin on his face, while Stenson suggested the American pairing 'might want to get a shovel'.

Koepka had been doubtful for the Ryder Cup after pulling out of the Tour Championship with a wrist problem a couple of weeks ago, and was clearly being over-cautious.

When American official Price insisted the drainage pipe was not an issue, Koepka demanded a second opinion.

He and his playing argued furiously with Litton – with Berger demanding: “Are you trying to tell me that pipe is one hundred per cent not in play?”

Litton waved those protests aside, and that is when Koepka swore at him.

That will almost certainly land him with a hefty fine, although the Americans never go public with their disciplinary issues.

Koepka did not exactly help his cause by gouging the ball out, and knocking into on to the green from 173 yards out.

It did not do him any good. He and Berger looked like taking down the stellar European duo of Rahm and Garcia, as they won the first three holes.

But the Spaniards – Europe’s only winners on day one as Padraig Harrington's team slumped to a 6-2 deficit – came storming back to clinch a 3&1 victory.

Sadly, that again proved Europe’s only foursomes success, as they were trounced for the third session in a row, allowing the Americans to stretch their lead to 9-3.

Koepka was typically gruff when he was asked to comment on the ruling. He said: “Yeah, we didn’t get it!” and walked away. 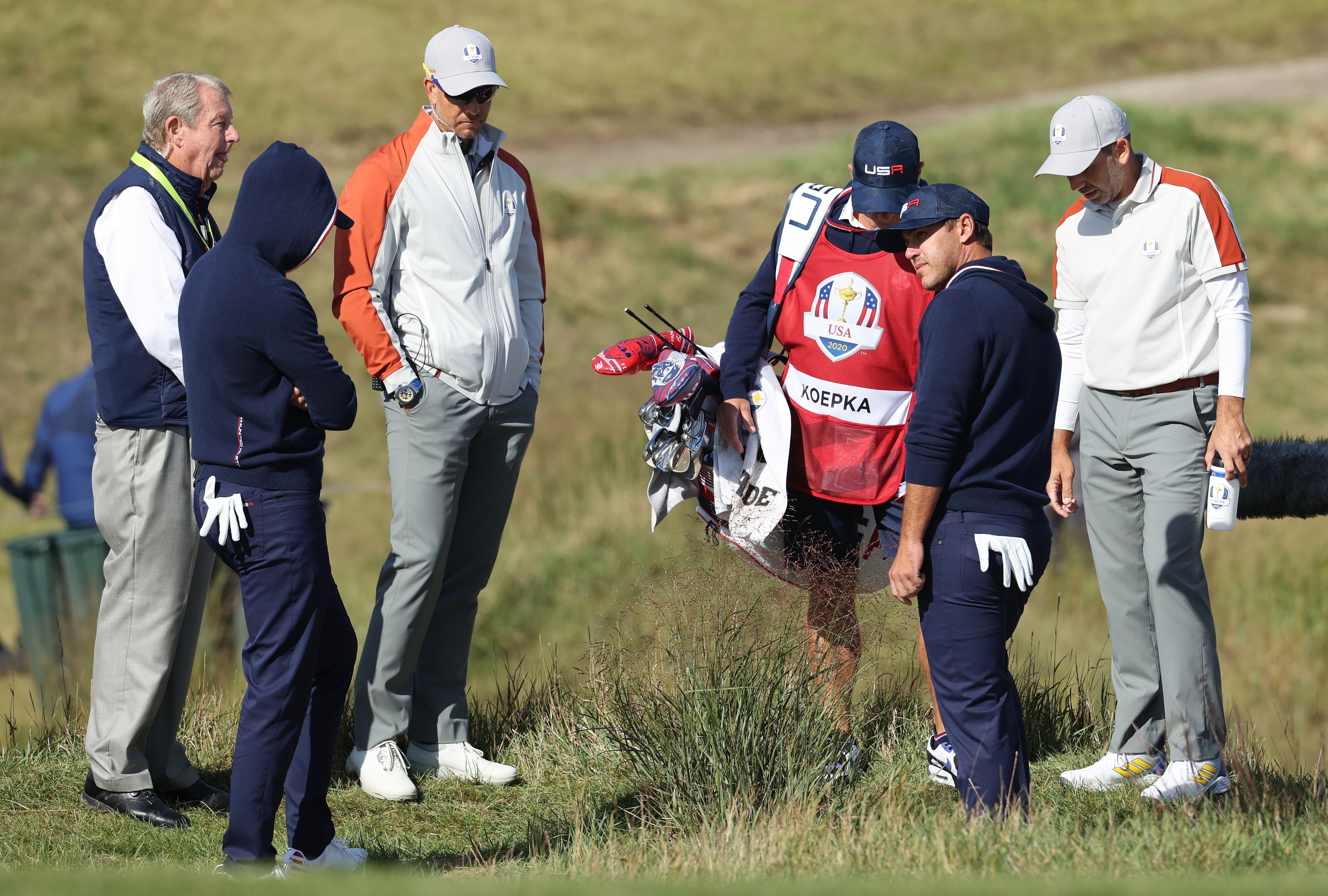 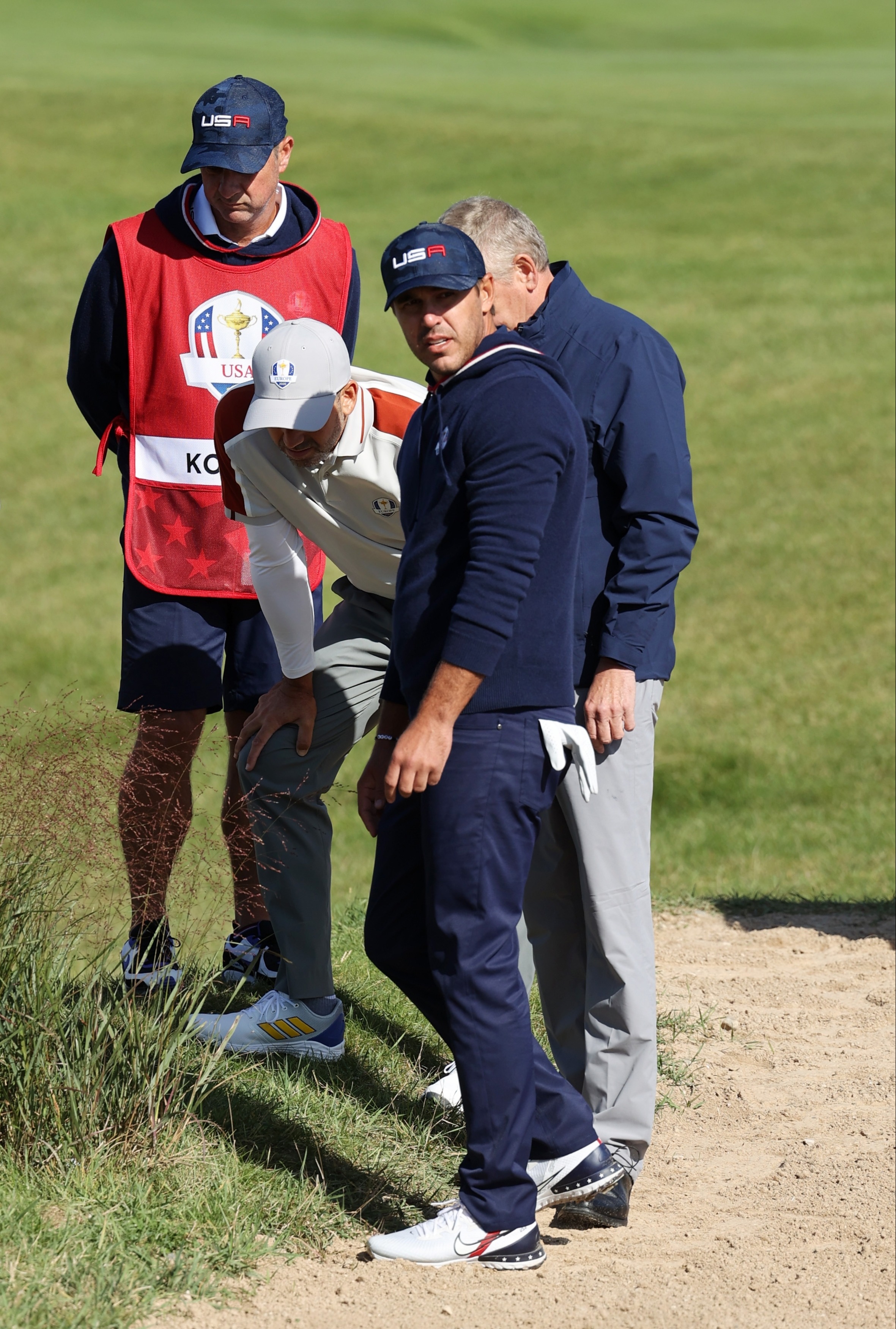 25/09/2021 Sport Comments Off on Brooks Koepka rages at Ryder Cup officials 'If I break my wrist, it's on f***ing both of you' after dramatic rules row
Lifestyle