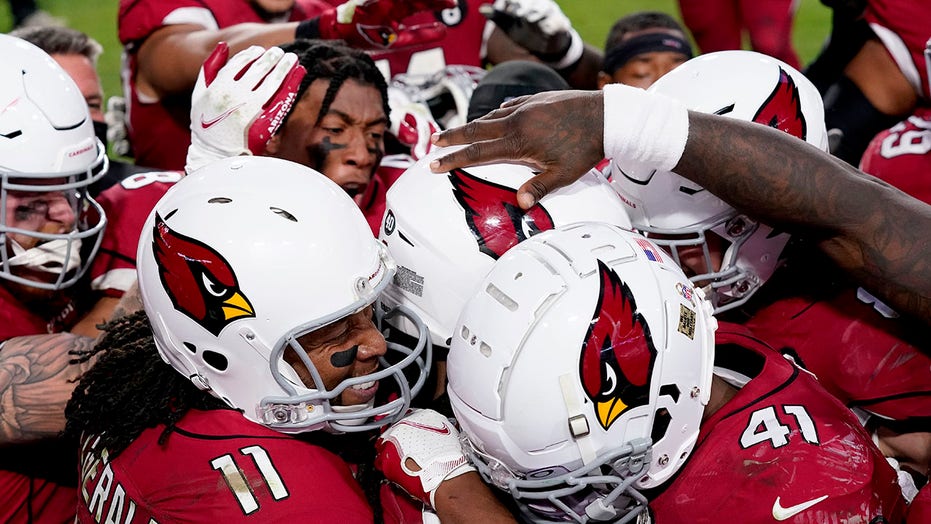 Kyler Murray connected with wide receiver DeAndre Hopkins for a 43-yard touchdown with two seconds left in the game to lead the Arizona Cardinals to a dramatic 32-30 victory over the Buffalo Bills on Sunday.

The Cardinals were in desperation mode when Murray took the snap on first down, and then rolled out to his left before launching a deep strike to Hopkins, who fended off three Bills defenders before coming down with the football for the score, and Cardinals players quickly joined Hopkins in celebration.

“Just to get the pass off was incredible,” Cardinals head coach Kliff Kingsbury said after the game. “If you watch the play, he is running and dodging and ducking. I didn’t think he would get it off. Then to put that kind of incredible loft to give him a chance. From my vantage point, I couldn’t see much. Just the crowd going crazy.”

Before Hopkins’ late-game heroics, Bills quarterback Josh Allen put his side ahead with 34 seconds left in the game, when he tossed a 21-yard touchdown strike to wideout Stefon Diggs, but it was the Murray-Hopkins connection that put an end to Buffalo’s three-game winning streak.

Murray completed 22 of 32 passes for 245 yards with three total touchdowns (1 passing, 2 rushing), and Hopkins hauled in seven receptions for 127 yards and the “Hail Murray” score at the end of the game.

16/11/2020 Sport Comments Off on Cardinals' DeAndre Hopkins hauls in game-winning TD with seconds left in dramatic win vs. Bills
Lifestyle