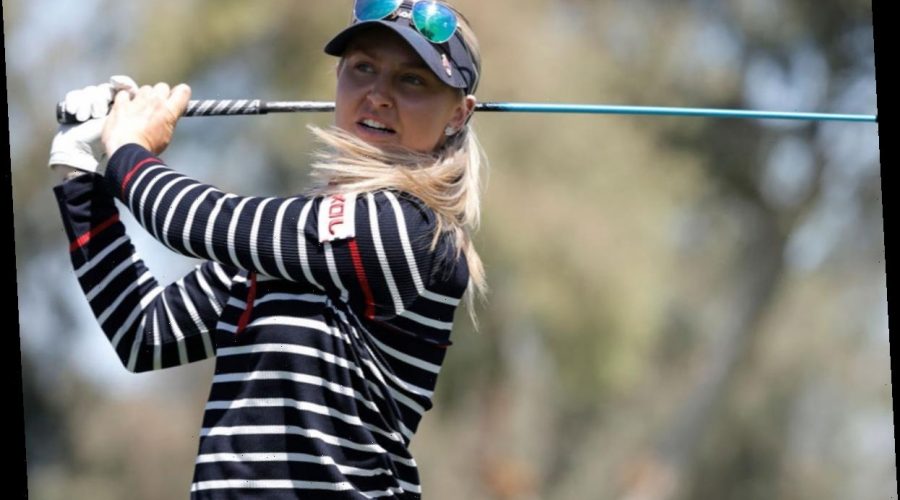 Charley Hull carded a 71 in the third round

The ANA Inspiration is Patty Tavatanakit’s to lose after she extended her lead to five shots on Saturday.

The 21-year-old was only one shot clear headed into the third round, but wasted little time in giving herself some space as she birdied her first three holes at the Mission Hills Country Club in Rancho Mirage, California.

She picked up four more shots throughout the day, with two late bogeys bringing her final score to a five-under 67.

America’s Ally Ewing and South Korea’s Mirim Lee are both second on nine under after carding scores of 66 and 68 respectively.

Meanwhile England’s Charley Hull was left to rue a costly triple bogey on the third as she fell to equal-fifth with a one-under 71.

Ireland’s Leona Maguire had a rough day at the office, giving up an early eagle advantage with five late bogeys to drop to two under overall alongside Englishwoman Mel Reid.

Her compatriot Georgia Hall also had a disastrous outing on Saturday, falling 41 spots to equal-47th after carding a five-over 77.