CHELSEA'S away shirt for next season has allegedly been leaked online – but it does not stand out from the crowd.

The Blues launched their new home strip with a cringe-worthy fashion shoot earlier this month. 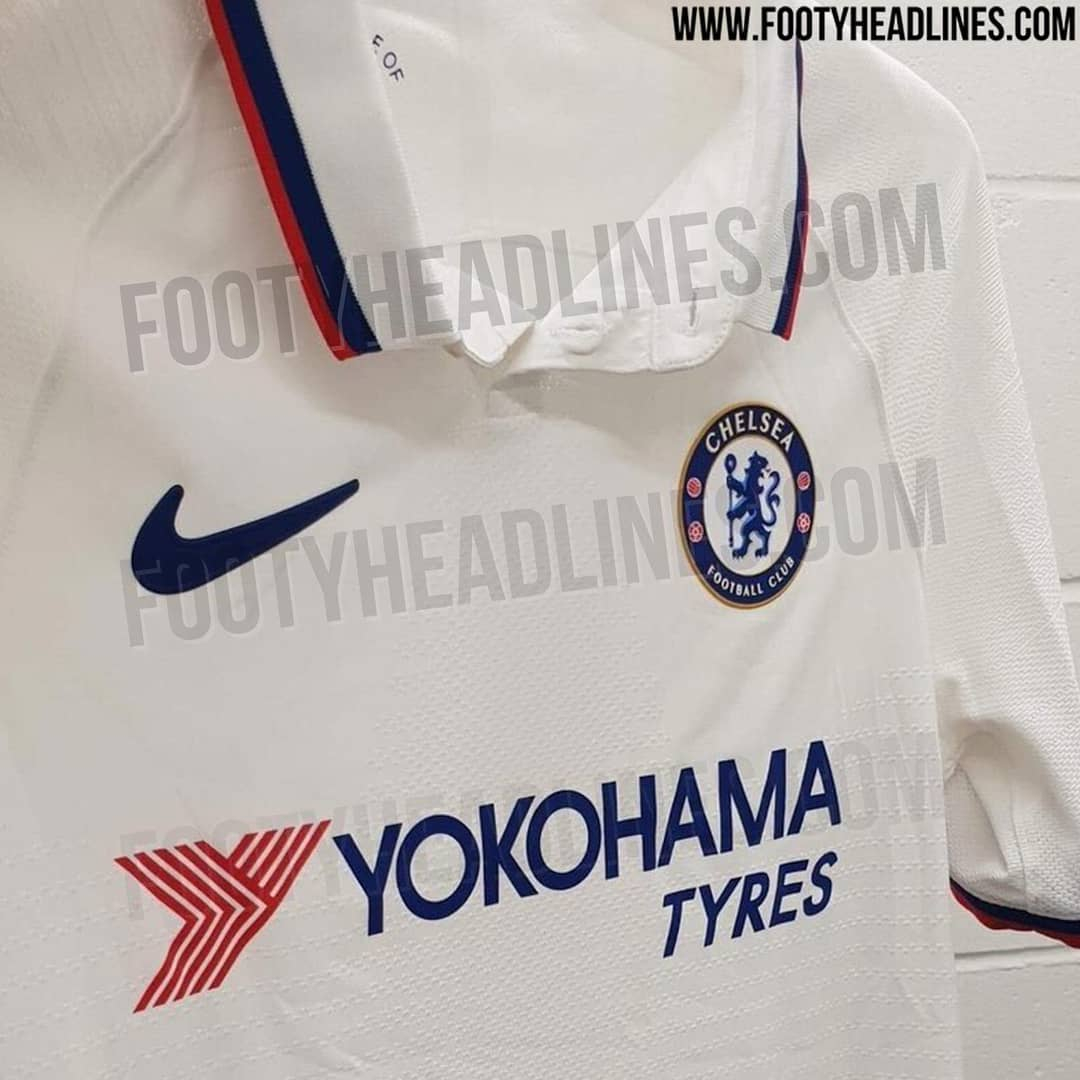 The home kit features a bizarre pattern print across the front of the jersey – which is inspired by the design of Stamford Bridge.

But leaked images from FootyHeadlines show that Chelsea have opted for a more basic look with their away kit.

Images show a plain white strip with a small blue and red trim running around the collar and sleeves.

Chelsea's home kit has the preferred V-neck, but the away version is expected to have a button-up collar.

Fans are still waiting for leaked images of the club's third kit for the next campaign to be released.

But it has been claimed online that it will be black and orange with a retro design.

SunSport have pulled together a list of the latest leaked kits that we can expect to see in the top flight next season.

Liverpool fans were infuriated when images showed a blue badge stitched on the chest on their alleged away kit.

And Arsenal supporters slated the club's new pre-match strip – which is part of a collaboration with a recycling company.

Manchester United supporters will be hoping their third kit is rarely used next term after it was revealed to be black and orange.