CHELSA star Kepa Arrizabalaga has revealed he's learned from his "mistake" that caused him to defy his manager Maurizio Sarri in the Carabao Cup final in February.

The Blues' record £71million man refused to be replaced by Willy Caballero after suffering from cramp minutes before his side lost on penalties to Manchester City. 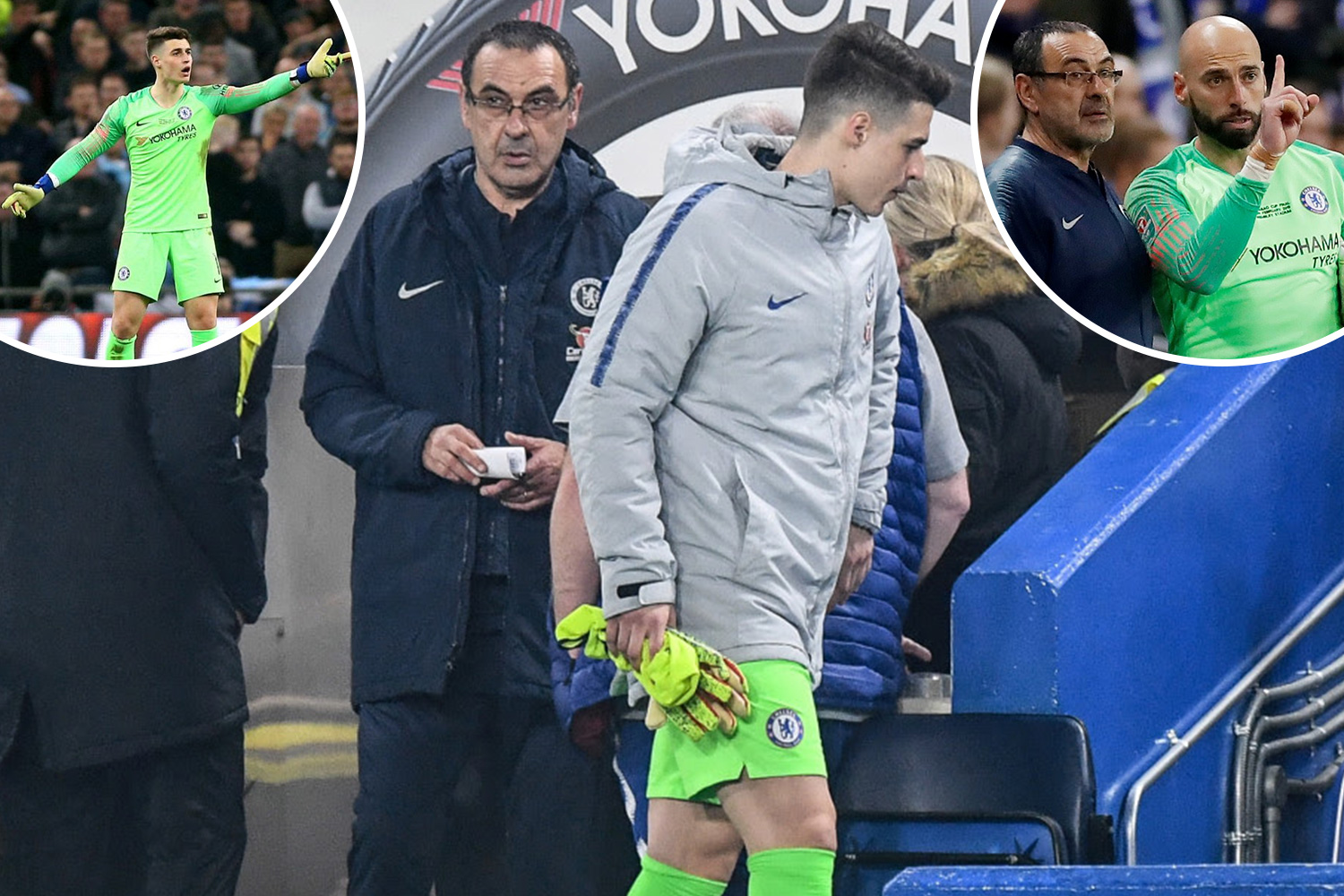 The 24-year-old, who sent Sarri into meltdown on the sidelines after ignoring his manager's instructions, was fined a week's wages and dropped for one game.

The Spaniard apologised to fans for his actions and was also confronted by Chelsea's senior players over his antics, which he now puts down to a lack of experience.

He told the Mail: "The only thing I wanted to say was that I was not injured and I was OK to carry on. I was not thinking about the penalties.

"It wasn't until I looked back for the first time at the images that I realised. I saw it from a different perspective. Until that point, it was like I was in a bubble and wasn't conscious of what was going on.

"I've learned a lesson and the next time it will be different. When I am asked to change, I will change."

It's something I am not very proud of. It was a difficult moment which I've learned from and I'm still learning from

Kepa was dropped for the Blues' next game, though he was reinstated against Fulham after Sarri admitted he was tempted to axe the rebel for the rest of the season.

He added: "I accepted what the manager said and the club fine and I realised I wouldn't play the next game. I was right behind Willy and supported him and the team as much as I could.

"Of course, that was the only thing I could do. It was something I did in the heat of the moment. It's something I am not very proud of.

"It was a difficult moment which I've learned from and I'm still learning from. Now it's time for me to look forward.

"I said I was sorry. Football goes on. We all make mistakes."

WILL HE GO? Chelsea braced for £30m transfer bid from Barcelona for Willian

Chelsea made Kepa the most expensive goalkeeper in the world when they triggered his £71.6million release clause at Athletic Bilbao.

Following the Wembley debacle, there were reports in Spain that owner Roman Abramovich was ready to sell the keeper after his anger at his conduct in the final.

Real Madrid then reportedly turned their attention to signing Kepa, who has kept 13 clean sheets this campaign, after giving up on snaring David de Gea.