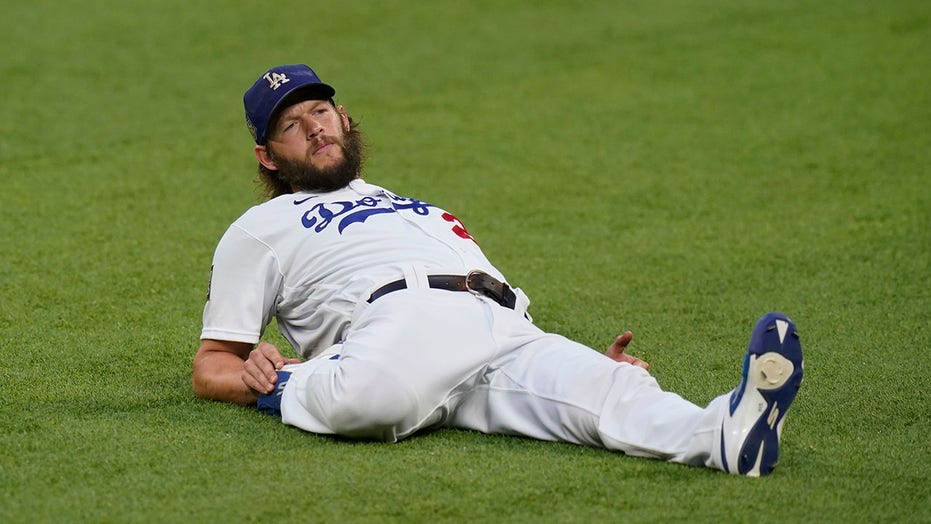 Clayton Kershaw gave the Los Angeles Dodgers a vintage performance in Game 1 of the World Series and he was rewarded with enough offense to get past the Tampa Bay Rays.

Kershaw went six innings, struck out eight and allowed one run on two hits. The Dodgers won the game 8-3 to take an early 1-0 lead in the World Series.

WORLD SERIES HISTORY: DODGERS ARE LOOKING FOR TITLE NO. 7, WHILE THE RAYS HOPE FOR THEIR FIRST

The Dodgers got on the board first in the fourth inning with a Cody Bellinger two-run home run. Bellinger had the go-ahead home run in Game 7 of the National League Championship Series two days prior. He finished 1-for-4 in Game 1 of the World Series with a strikeout.

Los Angeles opened the flood gates in the fifth inning, which featured three stolen bases. The stolen-base mark tied the New York Giants who set the mark in 1912, according to The Athletic. The Dodgers scored four runs in the fifth and it was more than enough to get past the Rays.

Mookie Betts would hit a solo shot in sixth inning for good measure.

The Rays got two runs off the Dodgers’ bullpen, but the offense looked lost against the veteran Kershaw.

Any criticism of his playoff performances in the past was quieted for at least one night.