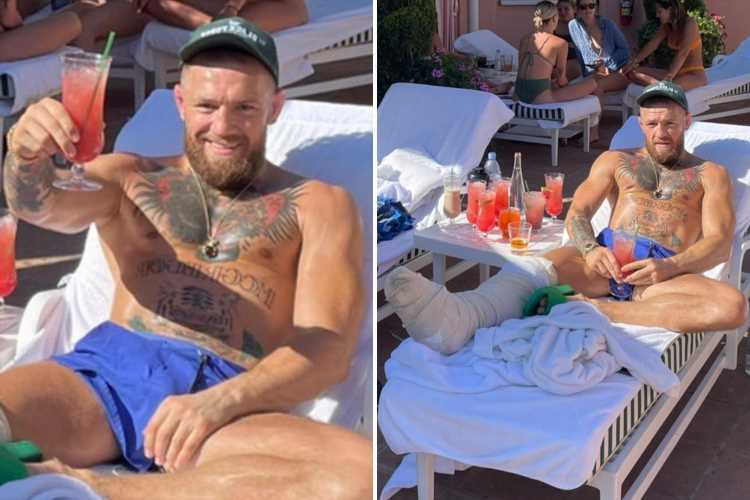 CONOR McGREGOR soaked up the sun and enjoyed some cocktails while wearing a cast on his broken leg.

The Irishman is relaxing with a needed rest and recovery period after his horror injury against Dustin Poirier at UFC 264 on July 10. 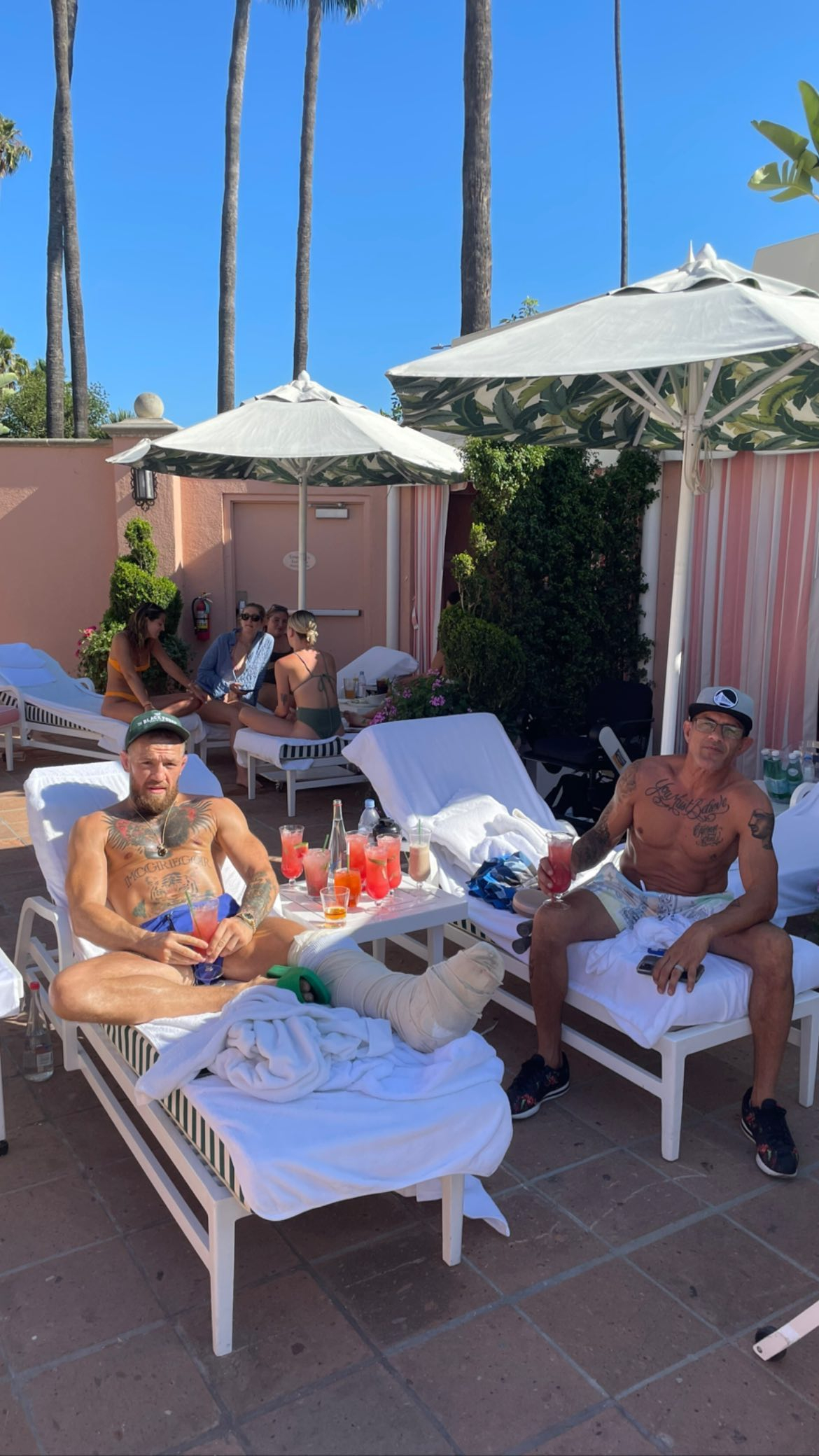 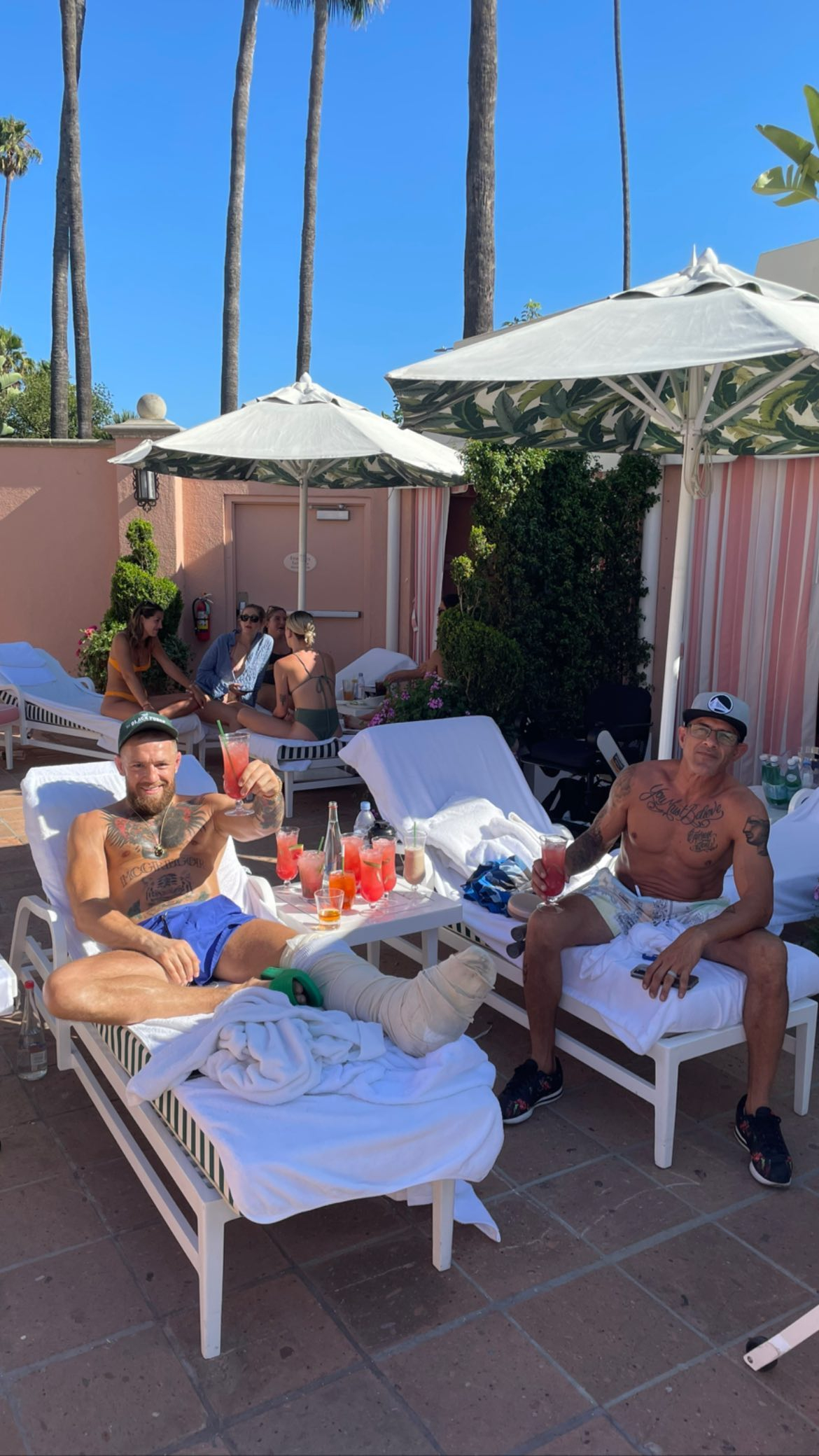 McGregor broke his tibia seconds before the end of round one and as a result lost by doctor stoppage.

He has since been handed a six-month medical suspension after he underwent successful surgery in Los Angeles.

And while walking on crutches for the next six weeks, McGregor will be able to rest up and plot his comeback trail.

He recently addressed the setback and revealed to fans that his ankle was injured heading into the fight.

The former two-weight champion also said he was flying his family out to California – where he owns a gym and a property – to visit him.

Due to the unprecedented ending to the trilogy, McGregor, who beat Poirier in 2014 but was knocked out in the rematch last January, wants a FOURTH fight with his rival.

Poirier, 32, is also keen along with Dana White, but the UFC president admitted McGregor, 33, is set to be out for at least a year.

White told Fox News: “It’s going to take him a year to recover from this one before he can come back, so I don’t know.

“We’ll see. The fight game is a tough game and the kid has cemented a massive legacy for himself and made a lot of money.

"We’ll see how the rest of his career plays out.”