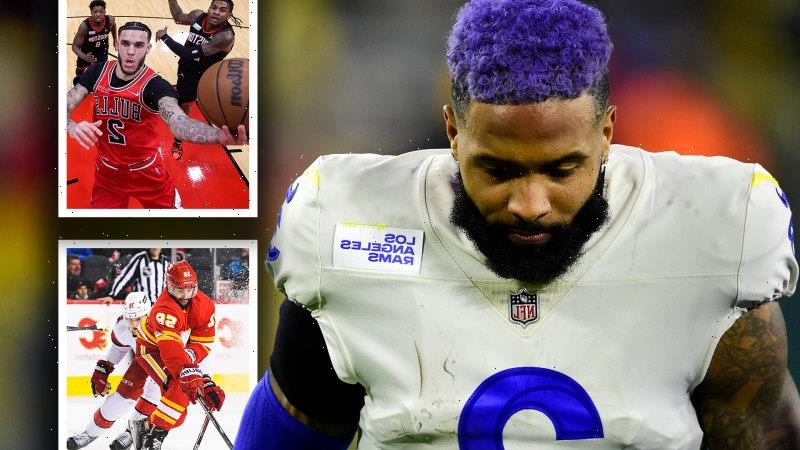 Despite player populations that are overwhelmingly vaccinated, COVID-19’s second northern hemisphere winter has decimated North American sports leagues at a level not seen since the industry restarted in 2020.

From the NFL reporting a single-day high in cases, to the NHL’s Calgary Flames being forced to postpone three games and the Chicago Bulls postponing two games after 10 players entered COVID-19 protocols, every active league has had its regular season — and, in the NFL’s case, play-off push — imperiled by the pandemic. 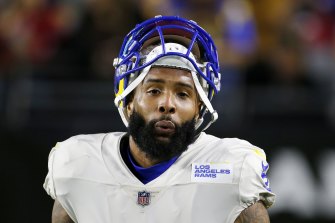 Tuesday marked the first anniversary since a New York critical-care nurse became one of the first Americans to receive the COVID-19 vaccine. In the 12 months since, American sports leagues rewrote safety protocols and urged players to get vaccines once they became widely available.

Entering the teeth of the northern hemisphere winter, the effort was largely a success: the NFL reports nearly 95 per cent of its players vaccinated, the NHL has just one unvaccinated holdout and the NBA also exceeds 97 per cent, despite high-profile holdouts such as Brooklyn Nets guard Kyrie Irving and Detroit Red Wings forward Tyler Bertuzzi.

Yet the past week has resulted in more postponements and players in protocol than even the unvaccinated 2020-21 northern hemisphere winter.

On Monday, the NFL reported its highest day of positive COVID-19 tests over two seasons of the pandemic, with 36 players and one staffer forced into protocols.

The hits kept coming across all American sports on Tuesday:

With the northern hemisphere winter not yet arrived and the money portion of the NFL season — the play-offs — fast approaching, why the rash of positive tests? And what can be done to slow the spread in the frequent-test, highly vaccinated sports environment?

Fortunately for the leagues involved, the answers to both questions are related.

Will Humble, director of the Arizona Public Health Association, says the rash of breakthrough cases can very likely be traced to waning immunity among vaccinated players — particularly NBA players who might have been fully immunised as far back as March or April. Waning immunity is also more likely for those who received the less effective Johnson & Johnson vaccine, which was popular among athletes because of its one-shot regimen.

And waning immunity has a simple solution: booster shots.

“The evidence is really clear that circulating antibodies start dropping off dramatically after eight months, especially Johnson & Johnson, followed by Pfizer and then Moderna,” Humble said. “Those early, vaccinated athletes now have antibody tiders that are a lot lower than they were a few months ago.”

A study by a quintet of US Veterans Affairs and public health officials showed that from February 2021 to October 2021, vaccine antibodies declined from 88 per cent to 48 per cent, with the steepest curve for the Johnson & Johnson vaccine — which bottomed out at 13 per cent at the eight-month mark. Fortunately, Humble says, the performance of T cells remains robust in providing protection against the worst health outcomes.

After its Monday outbreak, the NFL mandated booster shots for all tier one and two employees who work closely with players, including coaches who already agreed to a vaccine mandate. 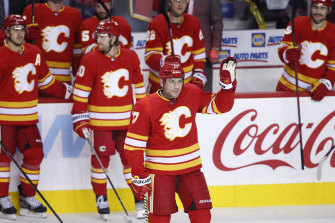 The Calgary Flames have had three games postponed.Credit:AP

The league cannot impose a vaccine mandate on players and can only strongly encourage them to receive booster shots. Yet with league testing frequency ramping up as the community spread increases due to the Omicron variant, the likelihood is far greater for asymptomatic players to test positive.

And with a majority of NFL teams in play-off contention — followed by a month of play-offs culminating in the February 13 Super Bowl — the consequences for a rash of positives will increase in seriousness.

“If you’re a play-off team, you damn well better make sure everyone has their booster shot,” Humble says. “Because with this frequency of testing, you can’t afford what happened to the Rams last night to happen in the play-offs. It’s inexcusable to let that happen to a key player when a booster could have solved that.”

While the booster shot may not be a silver bullet, both peer-reviewed and anecdotal data indicate it will be a crucial weapon to maintain immunity. 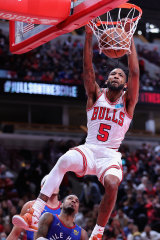 The Chicago Bulls’ season has also been hit by COVID-19.Credit:Getty

While just one person in the sports league environment — a Washington Football Team staffer — has tested positive for Omicron, it has the potential to decimate a roster, even if it proves not as damaging to a person’s health as the Delta variant.

Humble, while stressing that data is still emerging, says Omicron is proving highly contagious, particularly for those not immunised and previously infected with COVID-19. That it is also not encouraging for immunised athletes, who are more frequently tested even when asymptomatic. A positive test in the NBA requires a 10-day isolation period or consecutive negative tests at least 24 hours apart, followed by a health screening. Even if asymptomatic, these detours are enough to derail a season. And that’s why the booster may prove to be the 2022 MVP in several leagues.

“If you get the booster, the huge increase in antibody types overwhelms the virus,” says Humble, who notes a Johnson & Johnson vaccine followed by a Pfizer or Moderna booster has proved a particularly effective combination. “After the booster, you’re as protected against Omicron as you were against Delta.”

15/12/2021 Sport Comments Off on COVID is wreaking havoc on NFL, NBA and NHL. Can booster shots save their seasons?
Lifestyle