Keaton Jennings hit 18 fours in his 141 for England Lions

Keaton Jennings and Dom Sibley were among three batsmen to hit hundreds as England Lions began the red-ball leg of their Australian tour.

Jennings (141) and Sibley (103) – both named in England’s Test squad for the two-match series in Sri Lanka in March – shared a 184-run stand for the second wicket as Lions reached 367-4 after day one of their unofficial Test against a Cricket Australia XI in Hobart.

Zak Crawley – expected to open with Sibley for England in Sri Lanka having done so in the series win over South Africa following Rory Burns’ ankle injury – was out for two, the Kent man one of three victims for Brendan Doggett.

However, Jennings and Sibley took the Lions’ score from 4-1 in the third over to 188-1 in the 50th before Sibley was removed by Jack Edwards. 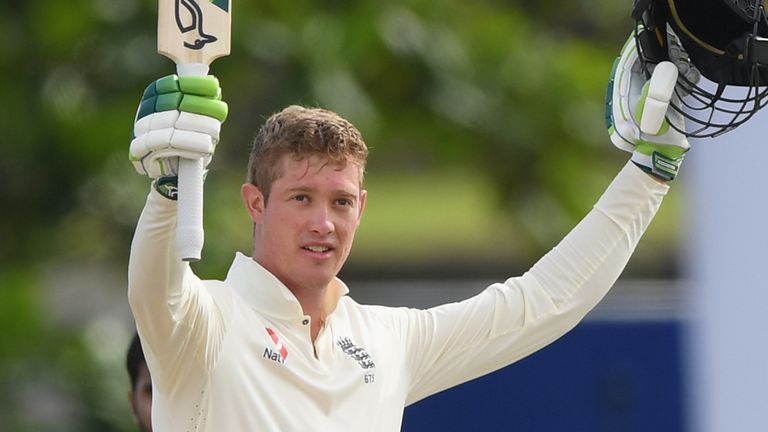 Hampshire’s Sam Northeast was dismissed for a duck by Doggett in the following over but Jennings then added a further 157 with Dan Lawrence (103no) before he fell to Doggett shortly before stumps.

Jennings was recalled for next month’s Sri Lanka tour due to his proficiency against spin with the Lancashire batsman hitting both of his Test tons on the subcontinent – on debut against India in Mumbia in 2016 and against Sri Lanka in Galle in 2018 – and averaging 44.44 in Asia.

Lawrence – who hit the only six of the day at Bellerive Oval – will resume on day two with Dom Bess, who came in as nightwatchman once Jennings departed.

Essex star Lawrence impressed as the Lions won their three completed white-ball games against Australian opposition – another two fixtures were abandoned without a ball bowled due to rain.

The 22-year-old recorded scores of 50 not out, 35 and 41 and also picked up six wickets, including a four-wicket haul, as the Lions beat the Cricket Australia XI twice and a New South Wales XI once.

This ongoing red-ball game against the Cricket Australia XI will be followed by further clashes against Australia A and a New South Wales XI.